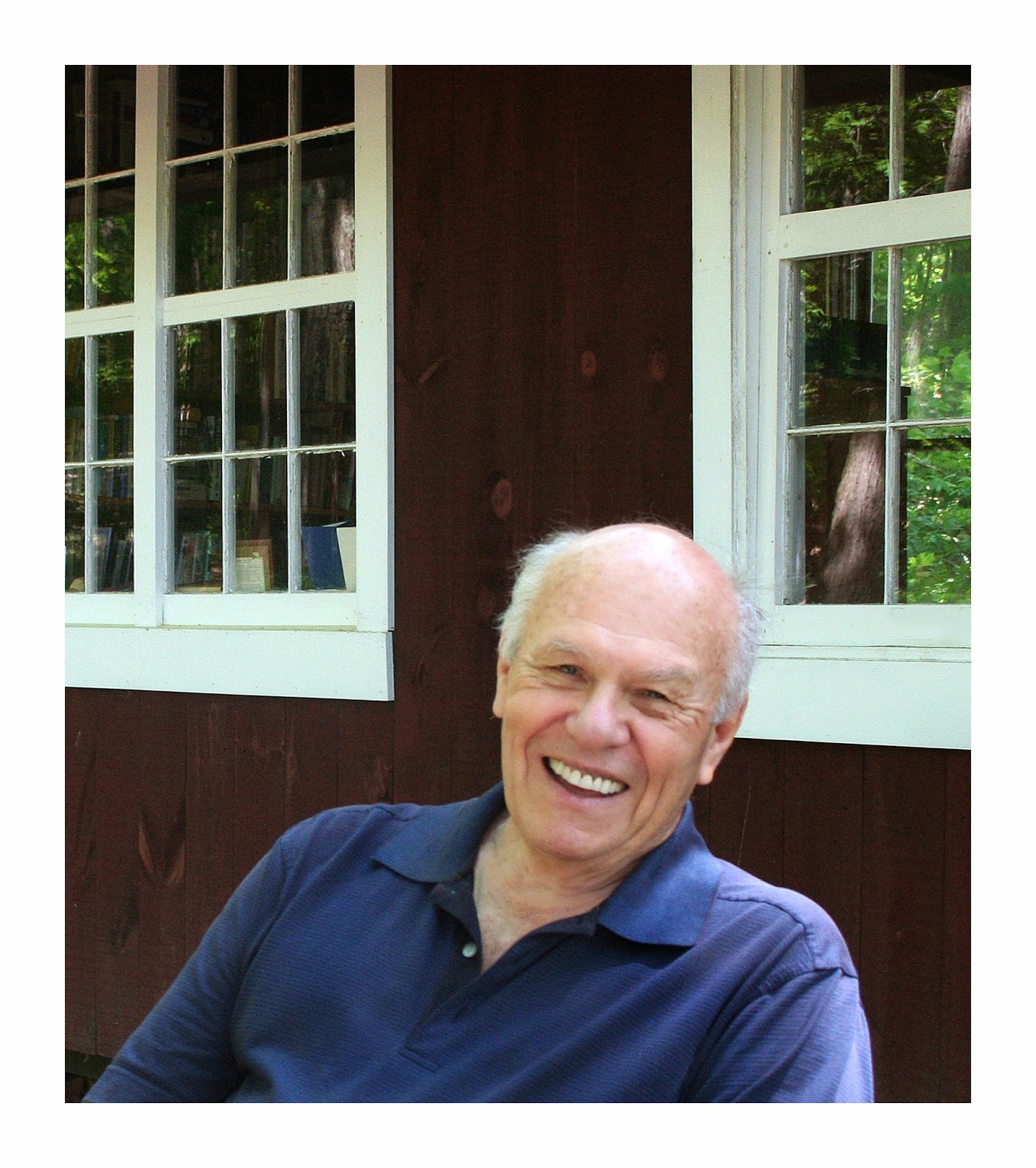 Hometown:  I was born and raised in Whiting, Indiana, and graduated with a B.A. in English from Indiana University in 1957. I got an M.A. in English at the University in Connecticut in 1959. I am now full professor of English at UConn where I teach courses in Shakespeare, Hemingway and theatre-related subjects.

Current Town:  I live in Bridgewater, Connecticut with my wife, Veronique who is a Belgian art historian and who also teaches at UConn.

Q:  Tell me about The Road To Damascus.


A:  I wrote the first draft of The Road to Damascus in 2007 fueled by my anger over the Bush-Cheney-Rumsfeld war crimes. At first there was a lot of interest, we did a reading upstairs at Sardi's in front of a rather large audience and for a while everyone was excited. A guy in Brussels commissioned a French translation with the idea of doing it there at the National Theatre where I had a play performed in the 1980s. There were expressions of interest from London. Then Obama was elected and somehow the first black president seemed to take the steam out of the idea of a play about the first black pope. No one saw that in a few short years, our middle east policies under Obama would be as horrible as what we endured under Bush-Cheney-Rumsfeld. And suddenly, with Assad gassing his own people, the same play had new life and momentum. A compelling example of life imitating art.

The Road to Damascus imagines a world in the near future in which Syria continues to be a cauldron of violence, and a breeding ground of terrorists that all claim descent from ISIS of 2015. Same gangs of fanatics with different names. The U.S. is bent on wiping Syria off the face of the earth once and for all using a terror bombing in New York as a cover even though Washington knows that the funding of the gang that attacked New York has nothing to do with Damascus. An obvious parallel with Bush-Cheney-Rusmfeld using 9/11 as an excuse to attack Iraq even though they knew Iraq had nothing to do with 9/11. The new (since 3 months) Pope Augustine, who comes out of the Congo, decides to intervene to prevent the United States from bombing Damascus. This creates an immense rapidly escalating crisis that takes place in back and forth scenes between Washington and the Vatican.

A:  I was raised like many writers and artists as a Roman Catholic. I no longer practice but I continue to write often on religious subjects. The hypocrisies of the RC hierarchy have always particularly fascinated me, and I loved the creative possibilities of imagining what an African pope would be like.

A:  When I was a kid I could not get enough of George Bernard Shaw. I still read him all the time, especially his criticism. His stuff on Shakespeare has no equal. But I am a playwright today probably because of John Osborne's Inadmissible Evidence. I had tickets to see it on Broadway with Nichol Williamson. It was a matinee and Williamson was sick and an actor named James Patterson played Maitland and the play changed my life. Until then I had been a novelist, and had enjoyed some success with a couple of books, but after seeing Inadmissible Evidence all I wanted to do was to write plays like that. I also became good friends with Patterson. He was the first and has remained since then the only actor I ever wrote a fan letter to and he wrote back immediately and we were friends until he died alas way too young. Later his wife Rochelle Oliver starred in my first commercially produced play, Solomon's Child, at the Long Wharf in New Haven but not, unfortunately, in its Broadway transfer.

A:  Since 2005 I have been writing short scripts and casting and directing them as part of the New York Philharmonic/s Young Persons Concerts series. I've written almost 40 of them, more than anyone other than Lenny Bernstein as it happens, and four times a year I get to do my stuff at Avery Fisher Hall in front of 2700 people. We have been sold out for these concerts since I arrived. No doubt a coincidence. Anyway, I have two more of those to do this spring. I am looking to place a new kind of music drama about Vivaldi I've written, to be performed with a symphony orchestra so if any symphony orchestras are reading this, I have something terrific for you. Also a new play, there's always a new play, this one about Aphra Behn, the first and best female professional playwright in England, a kind of feminist thing that features a friend of Aphra's and Nell Gwynn who turns out to be Virgina Woolf. This is in an early stage of first draft and came out of a sketch I wrote for a NY Phil YPC about Aphra Behn that was memorably portrayed by the ineffable dancer/actress Heather Lipson Bell and fortunately captured on a video which has yet to be released.

I am also looking for a producer for a film I wrote about the tragic (yet comical) marriage of Dante Gabriel Rossetti and Lizzie Siddal, so if any movie producers are reading this...

And I'm putting the finishing touches on a book about an extraordinary priest who taught me in grammar school and to whom I believe I owe nearly all of what turned out to be my cultural life. I owe him an extraordinary debt. He was my first hero. He was also a pederast.

A:  Sign up for some classes or workshops in acting. Get up there on a stage and learn what theatre is all about. You can't learn from sitting at a desk writing. I wrote a lot of plays before I was 30, or what I thought were plays. But it was the late William Gibson in Stockbridge who saw one of these things and advised me to come up there and take some acting lessons. I did, and as soon as I began to act (badly, I hasten to add) I started getting my plays produced. Acting showed me what a scene was all about, how to write for actors, how to write plays.