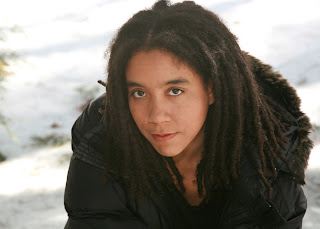 Q: You’re coming to Minneapolis to work on a play with Penumbra next month. Tell me about this play.

A:  The play is called Julius by Design and if I were to consider all my plays my children, Julius would be the well-meaning, but difficult child that the school system desperately wants to put on meds. Its themes are about as universal as it gets: death, grief, forgiveness and letting go. At its center is an older couple—Jo and Laurel—whose son was murdered seven years before the play begins. Tired of their monotonous life of denial and shaky attempts to heal, Jo initiates contact with her son’s murderer and this leads to some craziness as you might imagine. The play is still early in its life cycle, but I’ve received such strange and disparate feedback on it so far, I’d put it away for a while, unsure of what I could do to make this child happy. So I was pretty surprised when Penumbra invited me out to work on it this summer. I’m really psyched and hoping this experience gives me some clues to crack the Julius code.

Q: You wrote for NBC’s Kings this past season. What was that experience like?
A:   Kings was great, insane, enlightening, terrifying, and good. And probably a host of other adjectives I can’t think of right now. I joined the writing staff in September and by that point, the first four episodes had already been shot so I kind of jumped onto an already speeding train. And I had no prior TV experience at all. The immediate challenge I came up against was endurance. The seemingly simple act of sitting around a table everyday for eight and a half to nine hours brainstorming story points is not so simple. Imagine forcing your brain to do intense physical training after months of allowing it to just lounge around your skull eating chips. That’s the closest metaphor I can come up with to describe it. But after a few weeks, I adjusted. The hardest part by far was dealing with the intensity of life on set. And talk about endurance! One night, I got home around 2AM and was so tired I literally thought I was going blind. My longest continuous day on set was about sixteen and a half hours. This was hard for me; I’m a lazy person by nature. But despite the hours, stress, and sucker-punch to my brain, I’m really glad I had the opportunity to write for such a unique show and in a small amount of time—about five months—I learned WAY more than I ever imagined I would when I signed my contract. I was also really, really lucky that my first TV job was with an incredibly cool and wise writing staff.

Q:  You were also the Princess Grace fellow at New Dramatists this past year. How did you participate in that community?

A:  The people that work at New Dramatists are some of the sweetest, smartest people around. Everyone there has been so supportive, even of the TV gig, which didn’t leave a lot of time for me to hang out at ND. But during the year, I was able to attend a few readings, the Christmas party, both all-writers meetings and just last week, I had my Princess Grace play read there with a phenomenal cast and director. So even though it’s an abbreviated version of the seven-year residency (and sadly, my time with them is just about over), I feel like I had a nice taste of the amazing benefits available to their playwrights.

Q: You were one of the few playwrights to have studied for 3 years at Juilliard. How helpful was that?
A:  Well, it was great to get an extra, pressure-free year just to play. And it was a joy to have additional access to Juilliard’s most precious resource: Mr. Joe Kraemer. I’m not sure I’d say it was necessary, as I’d had two full, productive years at the time of my graduation. But because the master class is run like a seminar, a large portion of the knowledge we gain there comes from reading plays by fellow playwrights and discussing them critically. I got to be a part of that process for sixteen playwrights (seventeen if I include myself) and that’s a lot of plays. For that aspect alone, I’m really grateful that I stayed that extra year. It’s funny you ask this question because I was just thinking about Juilliard. Chris and I recently exchanged some emails after I saw Why Torture is Wrong . . . and I just ran into Marsha at a Dramatists Guild event. They got me feeling all nostalgic for our Wednesday afternoons.

A:  When I go to the theatre, I love to be smacked out of my normal life and confronted with something I would never have thought/felt/imagined otherwise. I adore surprises! I like theatre that is bold. I like theatre that makes me laugh so hard it hurts. I like theatre that scares the shit out of me. I like to see honest, uncomfortable sexual tension. I like to see honesty of ANY kind. My favorite kind of play—regardless of the style, length, or subject matter—insists upon itself; it won’t let me dismiss it or forget about it the moment I hit the street for a drink and some gossip after the show. Nope! It forces me to make lasting space for it in my consciousness. Every time I go to a play, despite what I may have heard going in, I want to leave with the play still sitting on my shoulder, whispering in my ear. Maybe shouting. I don’t always experience this. But sometimes I do.

A:  Uh well I don’t know if I’d label it “advice,” because it’s not that deep and I could probably use more advice than I can give, but all I’d say is write, write, write, and when you’re tired, keep going. The amount of time and effort we put into our actual work is probably the only thing we really have control over in this exciting, but often frustrating career. So take full advantage of your power and write like you’re addicted . . . even if you’re not.
Posted by Adam Szymkowicz at 6/16/2009 11:04:00 AM

how to increase sperm volume said...