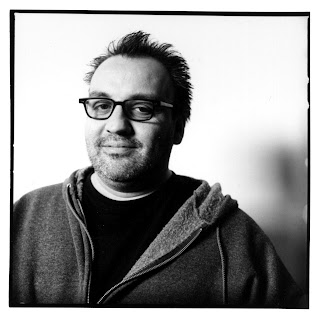 A:  A pageant play about Pentecostalism in California and a commission for Hartford Stage about the Puerto Rican and Ethiopian communities. I am dramaturging a lot these days for a group of emerging playwrights and directing for a young theatre company, East L.A. Repertory and an older one, Company of Angels. I am working on a presentation about Art and Spirituality for Loyola Marymount College. I was hired by a nun so I am a bit terrified at the moment. I am also preparing an acknowledgment ceremony for the Durfee Foundation, which funds leadership in the non-profit sector.

Q:  I heard great things about Oedipus El Rey. Can you tell me about that?

A:  Sure, it’s been an amazing ride. I started at Homeboy Industries, a gang prevention network in L.A. and happy to have it produced through support from the National New Play Network. I wrote the first draft at the Getty Villa in Malibu working with a Greeks scholar, Mary Hart. I had one scene and seven actors waiting for me, so everyday I brought in a scene until my ten days were up! Went on to the Magic Theatre in San Francisco with Loretta Greco, then Boston Court in L.A. with Jon Rivera and next year at Wooly Mammoth with Michael John Garces. I started by writing about where I thought the new kingdoms were - the fast growing California State Prison system and its alternate societies. I was thinking a lot about young Latino men, gang culture and our ability to defy these destinies. But I ended up with a love story! What happens when your passion is larger than the world you live in?

Q:  How do you manage to balance your teaching life at USC with your playwriting life?

A:  Well, one thing about my career is that I have always been compartmentalized. One part is professional/regional theatre and the other is community work; community-based theatre, volunteer service and a multitude of other notions of giving like sitting on boards, panels, advisory councils, etc. I was raised super Catholic and super Pentecostal, so the idea of service is central to what I do. I believe most in mentorship and that is what I think I do best at USC. I started as a poet, then in the avant-garde performance scene, both of which rely on the experimental, so coming to professional theatre felt like a natural progression with my activism. One thing I have done in the last few years is to work for the theatre that is producing my play. I spent a year at Borderlands in Tucson doing workshops, a year at Hartford Stage interviewing people, I did a one-man show fundraiser for the Magic, and three amazing months at the Oregon Shakespeare Festival giving speeches, community interactions, meeting doctors, migrant workers, etc. The balance is not always easy or successful, but the attempt has been extraordinary.

A:  Well, I don’t think you are going to like this one, I don’t, but it’s the necessary one. I was born and raised in what was considered the poorest and most violent neighborhood in L.A. – Pico/Union – an area of downtown that is unique in that it is territory to two notorious gangs. One night my brother and I were baby-sitting my two younger siblings, I must have been ten, my mother was at prayer service and my father was at the racetrack, when a man came running down our street with a piece of a pool cue sticking out of his chest! He fell on his back in front of our house. Our dog, Lobo, pounced on the poor dead body and my brother took my siblings and ran for cover, but I couldn’t look away, I was mesmerized. It was truly awful and not the worst thing I had seen in that neighborhood, but it was the first time that something clicked about image, story and that I might be poor. It was an awakening to say the least. It was opera (although I didn’t know what that meant yet). That night I wrote a five-page essay and I gave it to my teacher, who gave it to my principal, who expelled me for a week. Now, both of my parents were farm-workers and associated with the United Farm Workers Movement, so we helped at a lot of protests and demonstrations, and I knew that if powerful people wanted you to shut up – I was onto something. I never stopped writing after that day.

A:  The lack of access. I go see a lot of plays at small theatres in L.A. and I work my ass off to be able to afford it, I don’t know how a young artist does it. It’s essential to find your tribe and to get someone to see your work, criticize it and celebrate it, but it’s hard to afford it!

A:  I don’t have a formal education but I was mentored by some amazing people - Maria Irene Fornes gave me discipline, C. Bernard Jackson at the Inner-City Cultural Center gave me consciousness, Scott Kelman at the Wallenboyd gave me the freedom to risk and fail. Gordon Davidson and my ten years at the Mark Taper Forum, although intense, gave me a computer, printer and money to produce and pretty much let me fail and succeed my way. My time with Paula Vogel, Mac Wellman, Luis Valdez, Len Jenkins and John Steppling was short but profound. I love so many people in the theatre that it would be crazy to try and name them all, but the heroes in my head right now are Chay Yew, Lisa Peterson, Brian Bauman, Rachel Hauck, Chris Acebo, Annie Weisman, Jessica Goldberg, Lui Douthit, Tracy Young, Raquel Guttierez and the beautiful Julie Marie Myatt.

A:  These days I look for virtuosity anywhere I can find it; in the language, direction, acting, lighting design, etc. I just saw a modern opera by the great O-Lan Jones in a dilapidated old car showroom in Culver City, California. 11 librettists, 18 singers, 32 scenes and that kept me awake with wonder. I went to the Hollywood Fringe Festival and saw a small beautiful site-specific piece in a park that took place at a hopscotch court surrounded by all of these Latino kids that were stealing focus and thrilled to see something in their environment. That really excited me.

A:  Hm, well the rewards of writing are so personal and require great risk. Writing from a place of passion, desire and welcoming failure will yield a different reward than what you might think. Write in spite of…

A:  Truly excited for the career that Tanya Saracho is having in Chicago and at The Goodman. I just saw Brett Neveau (I never know how to spell his name) at the DePaul showcase and he told me about the Royal Court, so kudos to him. I’ve been mentoring a young Indian director, Nathan Singh, a go-getter who is directing an opera with Oliver Mayer. I also mentored a young Indian playwright, Shane Sakhrani, who has a fantastic comedy about India today. He is back in Hong Kong and I can’t wait to see what happens to that play. I have been working with two emerging playwrights Julie Taiwo Oni, a young Nigerian-American writer and Donald Jolly, a Gay Black writer who both write experimental plays about race, I want them to not get beaten down by the lack of risk theatres are taking these days. And someone in New York give Brian Bauman a job, I love him. His work scares and excites me.
Posted by Adam Szymkowicz at 7/17/2010 08:29:00 AM