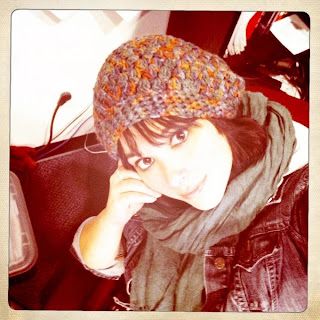 A:  Oh, it feels like a million things! I’ve started three different plays with three different writers groups I’m involved with in Los Angeles. With The Vagrancy, I’m writing a post-apocalyptic play called H.A.P. about a trunk that might have magical powers and a group of people who worship it. With The Eclectic Company Theatre, I’m writing The Many Deaths of Kassie McGreevy about a girl who quite literally dies all the time. And with the Katselas Playlab I’m writing The Sudden Urge to Jump – a love story in a video store. In January I’m also doing an eight-day intensive workshop with The Vagrancy of my play The Dead Woman – so I’ll be busy with rewrites. Oh, and I’m working on finishing a novel and a short story collection too, with another novel and novella in the docket.

A:  I was a painfully shy child and even had trouble speaking early on – I couldn’t even pronounce my name in first grade and had to go to speech therapy. But I was always writing stories. That’s how I communicated. And I was always reading. Mostly ghost stories like the Goosebumps series for quite a long time, which is probably why there’s death in just about everything I write. As cliché as it sounds, becoming a dancer in elementary school and then an actor in high school helped me break out of this – it was easy to play out stories on stage, first with movement then with speech, because I didn’t have to be myself. So somehow I started out as a shy reclusive kid with a mild speech impediment and became the girl who gave a speech at her high school graduation in front of thousands of people and made half of them cry. And I’m still struggling between those two people almost every day. That’s how most people are, I think – struggling with at least two different versions of themselves at any one time.

A:  I wish we could redefine what “producible” means for a play. It seems almost impossible to get a play produced if it has more than four characters and runs longer than 90 minutes. Producers and fellow writers have told me this many times, in fact. If it has a big cast it better be a musical – and one with a built in fan base. If the writer is unknown and a woman, producers seem even less inclined to seriously tackle the material – the studies done in Los Angeles alone by the LA Female Playwrights Initiative show that women playwrights are produced at a lower rate than their male counterparts. And if you do get a production, getting the second or third is hard because everyone wants the world premiere – because a world premiere is marketable. I hope that if the next Great American Play came along that happened to have twelve characters, there would be a producer willing to put it out into the world. But I can’t help be cynical about it. Even our mid-size and large theaters in LA produce small cast and one person shows more often than anything else. It’s just a financial reality right now.

Q:  What kind of theater excites you?
A:  This is going to sound simplistic – but I like theater that really creates an emotional reaction in me. And that doesn’t happen often. I’ve seen so much theater that has an interesting plot or a beautiful design or a big Hollywood star – but I just don’t care about the characters and end up feeling nothing in the end. It’s really the most important thing for me – even if I know where the plot may be heading, tragedy or otherwise, if I really care about the characters and the stakes, I’ll hoping against the inevitable and my heart will still break even if I saw the storm coming from the first scene. And that feels so good, sitting in an audience, holding your breath. That being said, I love magical realism, puppets, dark/macabre themes and designs, sci-fi theater, dance and anything that really pushes the boundaries of the two-people-in-a-living-room-in-NY-talking-about-their-love-lives-drama/comedy mold.

So basically theater that makes me hold my breath…with dancing puppets.

Q:  What advice do you have for playwrights just starting out?
A:  Write. A lot. Take every opportunity that comes your way. Meet people. Learn how to do all the other jobs in a theater – direct something, do the marketing for a show, stage manage, get on stage and do a monologue, design costumes. Do it all! Write. Find your tribe, people you can create with and fail with. Produce your own work at least once. Write something outside of your comfort zone. Listen to the critics, glean what you can from their reviews, politely thank them for spending quite a bit of time thinking about your work, and quickly throw out all those negative thoughts that will otherwise haunt you. Submit everywhere, to everything. Write.

A:  I’m directing a new play called Low Tech by Jeff Folschinsky at The Eclectic Company Theatre in North Hollywood, CA. It will have dances and masks and funny things. It opens April 12, 2013. I’m a staff writer for an online fiction magazine called Fictionade:  http://www.fictionade.com/ You can also check out my website for readings and things that should happen in the near future:  http://withcoffeespoons.com/
Posted by Adam Szymkowicz at 12/20/2012 11:04:00 AM