What a year! The biggest thing that happened is that we had a son. What an amazing tiring emotional journey we have begun. You know what I'm talking about, parents. 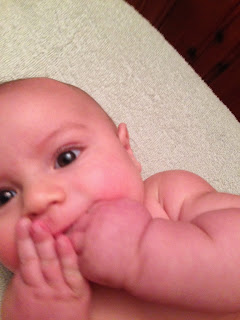 We also moved to CT.  Right now, my wife is working as the Artistic Director of a youth theater while I'm taking care of our kid all day and whenever I can doing things like reading scripts and writing articles and short films for money.

I had 7 productions of my plays this year, including Clown Bar (Critic's Pick New York Times) and the remount of UBU (Critics' Pick Time Out NY.)  It also marks the first time one of my plays has been done at a high school which got me actually incredibly excited, much more than I thought possible. 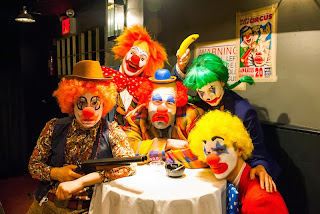 Hearts Like Fists and The Why Overhead are now published.  And Clown Bar will be published soon too. 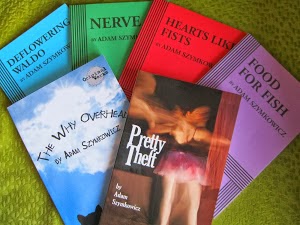 This year I wrote 3 plays, 3/4 of a screenplay and an hour long pilot, mostly before the kid came along.  My writing group at Primary Stages has kept me sane and I'm lucky to have family help babysitting one day a week so that I can attend.  Still working on some TV projects and play projects, web series, musical.

I started creating single pane comics using toys in my house.  I call it Toys in My House Comics.  It's a way I can still be creative while I'm trapped under a sleeping baby and don't have the mind space or time to write a scene.  There are over 100 of them up so far.  Here is one from this morning. 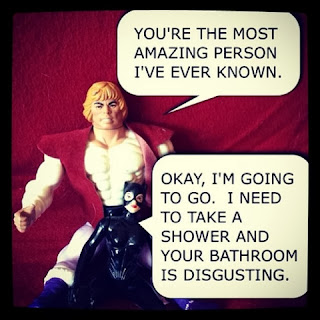 My web series Compulsive Love came out and was in some festivals.  That led to some paid writing of short films.  Also I will be teaching a class in web series writing this spring at ESPA.

The playwright interviews continue.  Got up to 627 which means there were 85 interviews this year.

Did a brief retreat with writing group up in Bennington.  That was fun.  What else?  Some weddings.  One in Whistler Canada and one in Brooklyn.   Visiting family in VA.  A reading in Las Vegas.  Readings with Amoralists and at MCC Theater and Primary Stages in New York.

Great news. Can't wait to meet little Artaud. We're happy here in LA with Finn and Faye. Call us to catch up sometime!