I Interview Playwrights Part 633: Will Arbery 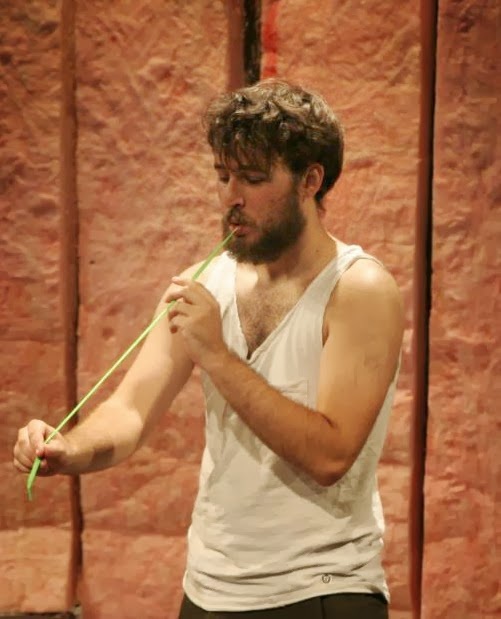 Q:  Tell me about We Were Nothing!

A:  We Were Nothing! is a play about a friendship that I developed for two actresses in their early twenties. Part of its "setting" is different modes of communication-- phone, text, facebook, email, voicemail, skype. It's sort of a comedy, it's sort of a academic deconstruction of the theatrical formula, and it's mostly just kind of embarrassing and devastating. It's site-specifically performed in an apartment near Union Square. It's a little over an hour long. It's about two girls but I wrote it thinking about my own friendships. It's immersed in a kind of banality and friendly evasion. It has a surprising second act.

A:  I'm trying to finish my play You're Sadder Than You Realize, which is about Justin Bieber and a cannibal named Tarrare and a Belgian super-fan on the internet. I'm also making a short documentary about my sister, and I'm developing a couple of short films. I'm working on two other full-length plays, but they're in very early stages.

A:  I grew up the only boy with seven sisters, which actually ended up being a pretty lonely experience. I had a lot of toys, not because my parents bought a lot for me. Mostly I would find or collect or inherit them. I loved the broken weird ones. I had this "game" where I would put every single toy on my bed, and go around talking to them, one by one, checking in with them, discussing their weird fragmented evolving personal lives. Most of them were really angry, embarrassed, frustrated souls.

The other story from my childhood would probably be the time I peed my friend's bed in the middle of the night, and then stuffed his mom's sheets into my backpack, snuck into their linen closet, remade the bed, and went home the next morning with the soaked sheets.

A:  High ticket prices. Old subscribers who don't want to be challenged. Plays about rich people complaining. (Those all count as one.)

A:  Embarrassing theater, stuff that makes you afraid to be in the same room as what's happening. Also theater that plays with form, theater with frivolity, hyper-serious messy theater.

A:  Well definitely don't take advice from me. A year ago I was trolling this website religiously, trying to get inspired by my playwriting heroes. And I'm not really sure why I'm suddenly in the position to give advice. And I also gotta say that any of this advice should be read with the understanding that I don't follow this advice most of the time. My work habits are pretty erratic. But I think I would say: write on your feet, remember that you have a body, remember that theater is a physical art; listen to people, listen to everyone, don't worry about whether you can use everything for a play; just keep trucking; produce your own stuff; be your own agent; go to the New Dramatists library and read as much as you can; write for specific actors you trust with a goal towards production.

A:  I did the text for boomerang dance's upcoming show Shred at FLICfest. I just made a music video for a great band called Poor Remy. I'll also be in Aspen at the end of the month (and back in NYC in January) representing Northwestern at the Theater Masters MFA Festival.