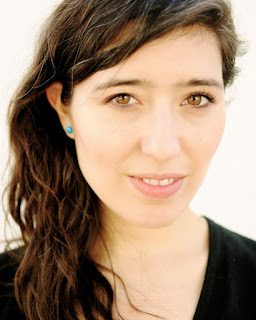 A:  A couple commissions - a ghost story about a Chinese immigrant during the Exclusion era and an mixed-race epic about the eco-crisis, as well as curating/producing/weaving together an experimental adaptation of Lorca's Blood Wedding called the Palabras Project. I'm super excited about this, as it's the first piece of a new production company - Other Tiger Productions - that I co-founded with my husband Ricardo Vazquez. We've commissioned new work from six local Latino celebrities and will partner with a local theater - Park Square - to put this extravaganza up in July of this year.

A:  This is a tough one so I outsourced it to my younger brother; he reminded me of this story, which sort of (?) answers the question. When we were kids we had chores that we had to do every Sunday - clean our rooms, clean the bathroom, take out the trash, etc. To make it fun, I used to pretend that I was called away to a fairy kingdom and the fairies sent someone back who looked just like me to take my place and do the chores. I would tell my brother these elaborate stories every Sunday about what "Jessica" was doing in the fairy kingdom, as well as the life story of this fairy replacement, who of course was different every week - sometimes a servant, sometimes a pilot, sometimes a warrior. One Sunday, the fairy kingdom was under some kind of threat, so "Jessica," of course, had to run off and help, but the situation was so serious that they sent the daughter of the fairy king himself to take her place. At one point things got so bad that I had to report to my brother that "Jessica" had perished, and this fairy princess would be his sister now. And somehow - probably because he was 5 years old - he believed me and started hysterically crying. So... I try to reveal the beauty in the mundane, and make real life fun through the fantastic, but it still gets really serious sometimes...?

A:  I wish more people were able to have the powerful experience of recognizing themselves onstage - which of course means that I wish there were more authentic and virtuosic stories onstage about people of color, women, people with disabilities, people who identify outside gender binaries, immigrants, queer people, indigenous people, trans people, mixed-race people, etc. etc. etc. And I wish these stories were told in exciting, innovative, dangerous ways. This sounds like two answers, but I really think it's one - I'm pretty sure that in order to tell these stories authentically, we need to break open the form itself and let in other ways of telling, of thinking, of expressing.

A:  I love theatrical experiences that harness imagination to provoke mass empathy and incite riots.

A:  Be rigorous and settle for nothing less than the truth of each moment. And listen, listen so carefully to your characters and to your community.