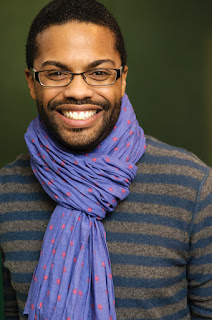 A:   This Bitter Earth, a commission for New Conservatory Theatre Center in San Francisco about an African-American writer grappling with his own political apathy in the age of #blacklivesmatter;

Heartland, a play with music inspired by Jacqui Banaszynski’s Pulitzer Prize-winning article “AIDS in the Heartland”;

And She Would Stand Like This, a ball culture scene set adaptation of Euripides’ The Trojan Women for The Movement Theatre Company in New York;

An untitled adaptation of Euripides’ Alcestis for the University of Minnesota/Guthrie Theater BFA Actor Training Program;

Only You Can Prevent Wildfires, a commission for Ricochet Collective in New York about the woman who set the largest forest fire in Colorado history;

Five Points, a musical (with Douglas Lyons and Ethan Pakchar) about the birth of modern tap in Lower Manhattan in the 1860s;

The Last Queen of Canaan, a musical (with Jacob Yandura and Rebekah Melocik) about a young black woman fighting for independence in the Jim Crow South;

And sweet, a play about two sisters vying for the affection of the boy next door.


A:
It’s not really childhood but…
While living in San Francisco after undergrad
I began to hear voices
Believing like Harper Pitt that I’d “really snapped the tether”
I called my mother
Who
After listening to my panicked explanation of my mental state
Said
Very matter-of-factly
“Why don’t you write down what they’re saying?”
(Oddly enough, that thought hadn’t crossed my mind)
The next day
When the voices returned
I followed my mother’s instructions.
I wrote down what they said in a notebook purchased for that express purpose.
Their words became my first full length-play.

A:
I’m not sure how this would be achieved
By magic?
But I’d banish the long-held assumption that characters in plays
(Unless specifically noted otherwise in the dramatis personae)
Are white.

A:
Write every day.
A scene.
A grocery list.
A love letter…
Something.
Anything.
Every day.

A:  If you’re in the Berkshires this summer, I highly recommend:

My play Where Storms Are Born, directed by Liesl Tommy, will be read as part of the Festival’s Fridays@3 series on July 15th at 3pm.