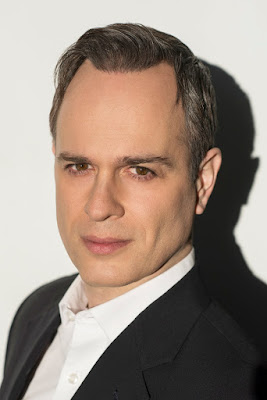 
A:  Lily is the story of aging, alcoholic country western superstar Toby Crenshaw, his enabling manager Sam, his head of security Tommy and the eighteen-year-old girl who tears through them like a wrecking ball, changing the trajectories of their lives. It's a modern day Greek tragedy. It deals with a taboo subject in a nontraditional way that may seem a bit much to some. After the staged reading a year ago an established playwright approached me and said, "You can't do this on stage. You just can't." Being my first play I had no hopes for a production so I was freed from those confines while writing it. I just wanted to write the kind of play I'd like to see: one that tears your guts out and shoves 'em back. I think I've done that... and NJ Rep has posted a "no one under seventeen admitted" on their website so we try to prepare audiences a bit for the experience.


A:  My second play Circus Dreams, dealing with LGBTQ issues still prevalent in Smalltown, USA, will receive a staged reading at The Actors Studio this December starring Chazz Palminteri and then a full production during NJ Rep's 2020 season. I recently finished my third play, This Neighborhood, which deals with controversies within the Catholic Church, the sexuality of Jesus and suicide in the gay community.


Q:  If you could change one thing about theater, what would it be?


A:  Well, of course the concern for what is marketable/profitable killing the creative voice springs to mind. It's what we're all thinking, isn't it? But, you know, I'd let theater be to tell you the truth. There is a need for Spider Man just as there's a need for Long Days Journey. Who am I to say what should be? What we're talking about is human nature. Some long for a deepening of their understanding of themselves and the world around them and some are just looking to unplug and be dazzled. To each his own.


A:  I began as an actor so my first heroes were the truth tellers: Brando and Dean then Duval, Deniro, Hoffman... But when I saw Husbands that was it: Cassavetes became King. Here was an actor who was so disgusted by the mendacity of Hollywood that, having no idea at all what he was doing, wrote some words, grabbed a camera and said, "Let's make something real". There is more passion and honesty in thirty seconds of a Cassavetes film than in two hours of most others. I've also learned a great deal from not only reading but performing in works by Sam Shepard, Neil Simon and Tennessee Williams.


A:  Like I wrote before, I want theater to tear my guts out. I want to be changed. I want to walk out of the theater questioning my beliefs or seeing a new possibility for my place in the world. Most of us are fighting so hard to create a stable and safe existence. We long for permanence not only in the very structures we live in but in our mental and emotional lives. But life is much more exciting than this. It is unpredictable and ever changing. Theater can be that type of reality check that shakes our illusions.


A:  Write. Every day. Until your first draft is done. Take all those doubts and write through them. Write in spite of them. When I wrote Lily I was plagued with doubts: "You've never written a play before. You've never studied the craft. Quit. This is shit. Go get a job". Still I kept my butt glued to the couch ten, twelve hours a day and wrote. I had a first draft in two weeks. What kept me from writing before Lily was the idea that I wasn't talented enough. Now I understand that talent really doesn't matter. It's so incredibly subjective which makes it all a crap shoot. If you have a story to tell get it out. You can worry if you're good or not later.


A:  Link to show: http://www.njrep.org/current_prod.htm