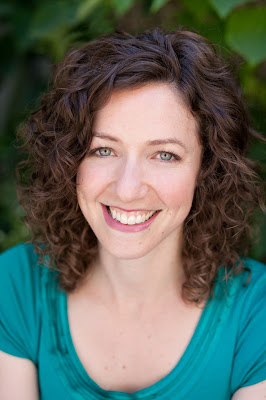 Nicole Cox
Hometown:  I was born and raised in Omaha, Nebraska, but I grew up into myself in Chicago.

Q:  Tell me about Abomination.

A:  Abomination is the story of Yitzi, Dov, and Naftali, closeted, queer yeshiva graduates, who find each other in an internet chat room in the 90s, grow into a little family, build an organization, and ultimately work with the Southern Poverty Law Center to successfully take down a conversion therapy organization that spent decades abusing queer kids, and taking advantage of their families, in Orthodox Jewish communities on the east coast. It’s a play about old and new identities, forging your own path, finding your people, and belonging.

Based on the true story of the trial of Ferguson v. JONAH, it’s also a play about wielding the power of language and engaging in sound arguments. It’s about establishing legal precedent and using laws to protect the most vulnerable among us.

The decision was announced June 25, 2015. The next morning, the U.S. Supreme Court decided Obergefell v. Hodges and ruled in favor of marriage equality. Ferguson v. JONAH was national news for about five minutes before it got brushed aside – for the best reason – but I wrote the play because the story shouldn’t get lost in the sweep of history.
Q:  What else are you working on now?

I’m revising a new play about a GenXer stuck in a job she hates, at a surreal, uber-corporate wellness call center, who’s doing everything she can to get fired, but her cynicism and disregard for corporate jargon somehow improve her performance, so she keeps getting promoted.

My friend, Jennie Berman Eng (“I Interview Playwrights, part 410”), and I are writing a musical about the women who work in and frequent a neighborhood bra shoppe.

And my friend, Sharai Bohannon, and I are writing a TV show together about an AOC-type newcomer to a university campus, who becomes a lightning rod because of her antiracism efforts.

A:  I’m sure this isn’t a unique story to writers or creative types, but, one morning, in 7th grade, in 1989, I was walking to music class with one of my closest girlfriends. Right before we got to the classroom door, she turned to me and said, “Oh my god. Why are you always hanging on me?” She threw open the door and bolted to her desk, as if to leave me in the dust. I was stunned.

By lunchtime, everyone I thought was my friend was no longer my friend. It was gross and suburban and just so, so painful.

The next day, a girl I was sort of friendly with, who wore Metallica t-shirts and purple bras, told me my old friends were b*tches, and asked me if I wanted to sit with her and her friends. They were a mismatched bunch. She bought a 6-pack of mini powdered sugar doughnuts and ate it for lunch. I pulled out my sandwich, carrots, and apple. I gave her my apple. She gave me a doughnut. We’ve been friends for 30 years.

I never belonged with the people I was raised to think I should belong to. I always belonged to the mismatched bunch.

Even in grad school, I confided to a dear professor, “I don’t think I fit in here, and I’m among writers!” Perceptive and succinct, as always, he said, “That’s what’ll keep you writing.”
Q:  If you could change one thing about theater, what would it be?

A:  That it was subsidized the way corn and soybeans are. I wish it was cheap, plentiful, and widely available. I wish it was part of federal, state, and local budgets. If we’ve learned anything during quarantine, it’s that storytelling is a necessary commodity, whose value grows with interest, for both public entities and private citizens. It feeds us, sustains us, and keeps us healthy. We shouldn’t need massive private donations to make theater accessible.

And second, I mean, didn’t we all just get to fall in love with Radha Blank? It’s so exciting to be around when she and Women of Color like Rachel Lynett and Inda Craig-Galván (who I recently learned about and immediately fell in love with) are writing and getting produced.

I know my stories. I want stories from women playwrights who show me characters and give me language outside of my experience.
Q:  What advice do you have for playwrights just starting out?

A:  Well, I see myself as a playwright just starting out, and I have a lot of hangups about calling myself any type of writer, so I’ll share what I try to tell myself: You don’t need anyone’s permission. Just write the story you want to write. You’re not in competition with anyone. And, finally - this is the most important - pick up whatever Jacqueline Goldfinger puts down.
Q:  Plugs, please:

A:  I finally made a hat (website)! Please search for me online and click around on the site. I need traffic. nicoledyancox.com

And if you’re reading this in time, Theater J, in Washington DC, is producing a reading of Abomination on Zoom Thursday, December 17, the last night of Chanukah. José Carrasquillo is directing a wonderful cast. If you can’t make it to the live broadcast, it’ll be available to stream on demand from December 18-20.

Do you want to know about how to write a letter of Intent for your college? If yes, then we can help you here. A letter is basically used as an approach to introducing oneself and create a personal interest in the applicant’s application. We have a team of highly qualified experts and scholars who can help you write your letter of intent peacefully. We have years of expertise in delivering top quality results to our customers. If you also want to stand out from the crowd, let’s have a quick call to resolve your issues. Order your assignment today.

Thanks for Sharing such an amazing article. Keep working... Your Site is very nice, and it's very helping us.. this post is unique and interesting, thank you for sharing this awesome information