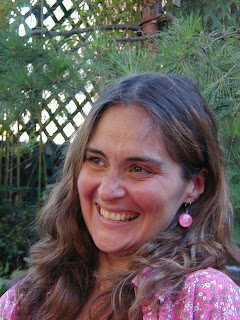 Current Town: Sixty blocks south of where I grew up. Big move.

Q: Please tell me about your show Lifetime Burning that's going up at Primary Stages. What's it about? Who is the artistic team?

A: It's mostly about the odd phenomenon of the fake memoir that seems kinda epidemic at the moment. It's also about how we tell stories and what goes in to making them and how fact and fiction collide. And there are some warring sisters. And a handsome guy. And a very, very nice coffee table, which kind of the fifth character in the play. I dreamed of having the coffee table. And now I get to have it in my play. Magical. Pam Mackinnon is directing the play. She is a delight and very talented. And calm. She bikes a lot. I would like to be more calm. I might take up biking to aid in the calmness. The actors are: Jennifer Westfeldt, Christina Kirk, Raul Castillo, and Isabel, Keating. They are gloriously talented and as beautiful as the aforementioned coffee table. Chris Stone is the set designer. David Weiner is the lighting designer. Daniel Baker is the sound designer. Theresa Squire is the costume designer. I think the design is pretty amazing on this show. I wish I could live in the apartment in the play. And own all the ladies shoes. Also, There is a lot of cocktail drinking in the play. I've never written something where so much liquid is consumed. It requires a lot of measuring and monitoring. We have a crew of stage management ninjas. They astound me as much as the actors and designers and Pam.

Q: I first met you when I was interning at MCC and you were part of the playwrights coalition. I also know that you work with LAByrinth. How has development been for you with them and other theaters?

A: I think both LAB and MCC and also the Writers Group at Primary Stages have helped me grow as a writer in leaps and bounds. It was the good and supportive kind of development. I feel at one time or another all of those groups have forced me to write plays and have reading of my plays in front of people. And given me constructive feedback. I really need deadlines and people showing up in rooms to see my plays to help me write. I can't write without a deadline. So, I am grateful for that. LAByrinth has been real creative home for me in the last five years. I just adore the company of actors and the ethos of the company. It feels like a wonderful, unruly family. I am so inspired by the risks people take in the company as actors, writers, directors---how everyone is always stretching themselves and trying something new. I find that artistic exploration very moving and it continues to refuel me creatively. I hope I was nice to you when you were an intern. I feel very old because I can't remember meeting you there. I hope I am not blocking out a horrendous incident.

Q: No, you were very sweet. Were you a model at 13 or is that some other Cusi Cram that google turned up? If that was you, what was that like? If it wasn't you, what's it like to have someone with the same name out there who is/was a model?

A: Yes indeed that is me. I modeled and was on a One Life to Live in my teens. It was strange but paid for a chunk of Brown. So, I am grateful for its strangeness. I would not like it all if someone else had the same name as me. Sometimes, I feel like what I got is a wacky name.

Q: Do you write for the kid's show Arthur? How is that for a day job?

A: I do. It is a fabulous gig. And I am grateful for it every day. Well not every day but most. It's really fun now 'cause the show has been on for so long, the writers can write about whatever jazzes them. I did an adaptation of (kinda) of One Hundred Years of Solitude. That sort of thing. Another writer did a takeoff of King Lear and someone did a kids version of Waiting for Godot. It's also taught me a lot about story telling and how to do it in a more efficient way. I still feel very lucky that someone pays me to write.

A: I guess, I like to laugh and be moved. And be provoked---to have my mind bent out of shape a little. I want to be surprised too, not just by the plot but something beautiful and unexpected. I just saw Arianne Mnouchkine's company's latest piece: Les Ephemeres. That did all of those things for me. It was both absurd and moving. I think I strive for that in my work. It's a tricky business. I also like watching people's work evolve and take off. That happens a lot for in the context of LAByrinth. There are so many writers in the company that excite me and feel very vital, to name a few: Melissa Ross, Megan Mostyn Brown, David Anzuelo, Florencia Lozano, and Michael Puzzo (he has a play coming up--Lyric is Waiting that I am psyched to see) And I also am a big fan of Stephen Guirgis. I am sure I am forgetting some people. There are more. It's late and I have my first preview tomorrow. I also recently really liked Stunning by David Adjmi. I loved that it s straddled a lot of theatrical worlds. Shifts in tone excite me.

A: Write. A lot. Produce yourself, if no one will. Find like minded theaters souls and stick to them like glue. And write. Some more. Send things out in envelopes. Strange things come back when you least expect it.

A: Also, I would like to throw my hat in to the ring for the Seth Glewen fan club. He is also my agent. I wish an Oscar size Seth could live by my pencil cup on my desk.

why I never have the luck of interview someone too important and cute, life is unfair, but maybe someday I will be so lucky as you.