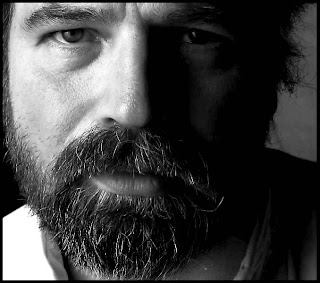 A: Of late, I’ve been playing with twisting “genres.” Last year, I wrote “Bluer Than Midnight,” which took film noir conventions into the afterlife (and the Mississippi Delta blues country), and I’m currently revising “The Rewrite Man,” which overlays the spy genre with sort of Phillip K. Dick questions about paranoia and reality. Good times.

Q: Everyone says that Portland is the greatest place to live in the world. Is this true? How long have you been there?

A: I’ve been here since 1989. Christ, that’s 20 years, isn’t it? Doesn’t seem that long. When I left the Northwest for New York in 1982, Portland seemed like this kind of weird, dark, alcoholic town; when I came back at the end of the decade, it had transformed into a sparkly boho paradise. Currently, we’re really suffering from the recession—unemployment’s quite high—but, if you’ve got work, it’s pleasant. Everything’s moderate: temperatures, prices, traffic, crime. It’s very easy to get around. Gardens bloom from March to November. We’re rotten with parks, coffee shops, book stores, and indie bands. And the library system’s one of the best in the country. Plus, as you might have heard, it rains a bit here, which is conducive to staying inside and writing.

Q: What is the theater scene like in Portland. If I moved there tomorrow what theaters or shows would you recommend I check out?

A: It’s really quite remarkable. Although we have only two Equity houses—Portland Center Stage and Artists Repertory Theatre—we have some 100 theatre companies. Not all of them produce consistently, most produce now and then, but that’s still pretty amazing for a mid-sized city. Right now, Third Rail Theatre’s probably the most universally respected house in town, but Vertigo Theatre, Miracle Theatre Company, and defunkt theatre all have consistently interesting seasons. Portland Playhouse is a new company making waves, doing some new plays. FUSE also does new plays, and the terrific Portland Theatre Works specializes in readings and development of new work. There’s also a…hmm. For now, let’s just say there’s a new theatre company in development, and, once it launches, it may be very important to Portland’s new play scene. Portland Center Stage’s JAW Festival is still kind of the Big Kahuna of new play development in town and pulls in some pretty major names from around the country. I was fortunate enough to have a play featured there in 2006 (“Lost Wavelengths”), and the experience was just way too much fun.

A: Playing barre chords is almost as hard as plotting. I’d already put in a good ten years writing fiction and journalism before I kind of fell backward into writing plays; so it didn’t seem too hard at first. It was only after I began to learn more about it that I found out how difficult it is to do well. I guess there’s a loose analogy there in that I played piano and organ as a kid, then gave it up, and guitar put music back in my hands. But guitar, frankly, has seemed hard from the beginning, and, like playwriting, every time you think you’ve achieved a certain mastery, you find there’s so many more steps to climb. They’re both terrifically fun…but not every time you sit down to write or play.

Q: Besides being a playwright, you are also a photographer. Are there similarities for you between these two kinds of art or are they wholly different kinds of creation?

A: No matter how quickly you write—and I’ve been known to write quickly when it’s hot—playwriting is a slow process, with the story revealing itself at its own pace, whereas photography occurs in the moment. You’re there, you see it, you own it. (Unless you’re shooting a studio still life or building images in Photoshop.) I do think many good pictures have their own narrative, though. It may be elliptic, compressed, and a little mysterious, but there’s a story there. And just as you learn where to start and end a scene on stage, you have to know how much (or how little) to show in a photograph. I spent a couple years shooting theatre rehearsals in black and white because the results reminded me of movie stills and seemed to tell their own stories independently of the plays being rehearsed. Henri Cartier-Bresson told short stories as well as Raymond Carver.

Q: Tell me a story about your childhood that explains who you are as a person or a playwright.

A: I grew up in the rural Pacific Northwest, had chickens, ducks, horses—all that. And I was an only child, so I spent a lot of time alone with my imagination. One time, I was busy spreading hay in the horse stalls, and I looked up to see my uncle curiously watching me. Apparently, I’d been lost in some internal narrative and unconsciously doing all the characters’ voices aloud. My uncle thought I was talking to someone. When he realized I was alone, he kind of lowered his chin and asked: “And who did you think you were talking to?” At the time, I was mortified, but it seems funny and natural now.

A: Dark, twisted weird stuff that plays inside your head as well as on stage. Stories and images that haunt. Plays willing to take chances, trash the narrative, or thwart your expectations to find a deeper truth. As much as I admire the genius of “King Lear” and “Death of a Salesman,” I probably consider “Waiting for Godot” the closest thing there is to a perfect play…and nothing happens. On purpose. Of course, I also appreciate good acting, directing, and designing. I’ve been fortunate enough to work with some very talented people, and I’ve come to appreciate how terribly difficult their work can be. One of the sad facts about working in theatre long enough is that you end up going to a play, buy your ticket, get settled in your chair…and then look up to check out the lighting rig before you open your program.

A: Besides the obvious—read plays and go to the theatre—I’d say listen for the character’s voice. Just like actual people, characters all have their own idiosyncratic way of speaking that reflects their thought patterns, upbringing, geography. If you can channel that, you can often find a story just by asking: why does this person talk this way? And if your characters all sound the same, you need to get to know them better. That and if you find a theatre in your town that does work you like, hang out after the show, introduce yourself, see if they need help—theatres always need more help. Even if you end up distributing posters or doing box office, it introduces you to some interesting people you might end up collaborating with. Finally, have a Plan B for paying the bills.

Steve is one of our local treasures here in Portland... in many ways, he defines the sunny-dark, health-alcoholic, blue-collar-creative sensibilities of our little burg. A great person to interview, Adam!

Love this interview. How can I get a copy of a Steve play?

My play "Liberation" can be had through Original Works Publishing: http://www.originalworksonline.com/liberation.htm

An excellent interview, Adam. You've captured the dark, demented yet warm and fluffy soul of Mr. Splatterson, Portland's answer to Tom Waits. Thanks!

PS: I've been meaning anyway to thank you for this series in general, Adam. It's been great to hear from writers I already admire, like Steve, but equally great to get to know some people I haven't met before. Here's hoping you do this forever.