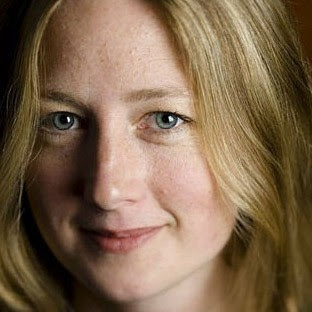 Q:  Tell me about your play DOE 2.0 that you presented at the Playwrights Center. How did this collaboration come about?

A:  DOE was in the 2006 Tokyo International Festival through an artist exchange between Japan and the U.S. My play was translated into Japanese and the director for the project was Shirotama Hitsujiya, who is known for creating her performance work with her company Yubiwa Hotel. I arrived in Tokyo a week before the Festival presentation and Shirotama had been rehearsing already. When I arrived she had basically 'written' a new beginning and ending for my play. I had heard that Japanese directors take some liberties with scripts,  so I expected there could be some interesting choices, but these new scenes did change the meaning of the script. I wasn't mad, I was provoked. I wondered how the translation itself may have altered the meaning. How were these Japanese artists interpreting my script in a language I don't speak? Shirotama's bold epilogue and prologue allowed me to find out how she was interpreting my play. I absolutely loved this process, and I really connected with Shirotama. She and I work with similar questions about life and death, sexuality and female experience.

Many Japanese in the audience of DOE told me that they did not feel that it was a foreign play. They felt like it could have been Japanese. I was really intrigued by this, especially by the implications of a shared female experience, across cultures that seem very different, especially in gender and sexual expression.

I went back the U.S. hankering to work with Shirotama again, and desiring to explore what might be "Japanese" about my work. I've never felt Japanese. But this experience made me wonder about cutural intersections.

In 2008 she was in New York on a fellowship and that allowed us to develop the idea of creating a NEW piece together, based on the existing piece, written by me. We're springing off the play we connected on, collaborating with both Japanese and American actors, who perform on stage at the same time in a kind of parallel life - there is an American Jan and a Japanese Jan, speaking English and Japanese, with the shared language being physical. DOE 2.0 is the working title for this collaboration, which we are developing over three years, between our countries.

Q:  How long have you been working on this show?

A:  We've been collaborating on the outline of this new DOE for a little less than a year. We'll be working in the room together for just two weeks., with a bi-lingual cast, beginning work on this new script together.

Q:  You are one of those people who went to Minneapolis for a Jerome and stayed. It's such a beautiful city. How did it lure you in?

A:  Money. Crickets. Really, it's been the fellowship and grants that have kept me here, and now I have a lovely teaching position. I've also had a child here, and this is a good place to have one of those, a good place to take your kid to the park after a writing session in a cafe. I kind of feel like the place kidnapped me. I don't necessarily feel like it is home here, but there is a good life here. I've never imagined myself in this part of the world - I'm a coastal person - but there are lakes, there are crickets, trees, co-ops, tattoos, great coffee shops, bike trails like you wouldn't believe, a strong community of writers and theatre artists...and a means to make a living as a playwright.

Q:  The first thing I saw in MN was a play of yours. Later that year, I saw a much different play of yours. Both wonderful but very different kinds of plays. What is the common thread that you see in your work? What makes a play a Trista Baldwin play?

A:  I'm interested in different means to tell different stories, with form following content and all that, so I do write different kinds of plays. Though... I think I'm doing that thing where I'm telling the same story, in different bodies from different angles. The story that I'm telling has to do with loss of innocence; with the place where innocence meets experience. By innocence I mean authentic self. I suppose I'm obsessed with corruption of authentic self.

Formally, the majority of my work might fall into the category of surrealism. I used to think I wrote some American version of absurdism, (if I have to put labels on it) but as I teach more literature, it seems to me I'm some kind of textual surrealist; the simple and recognizable suddenly bends, transforms into something heightened, spiritual. The place where our world meets the Other world…where base humanity meets the humane. The place where there is a terrible, beautiful ache for more. That’s the place that I write from, and that’s what I hope a “Trista Baldwin play” is.

Q:  What are you working on next?

A:  DOE 2.0 will continue in Tokyo in December, and then in New York in the summer. I’m also reworking American Sexy and I've started on a piece called The Surrogate, which pays tribute to Amiri Baraka’s Dutchman, one of my favorite plays.

And sweat. I get excited by sweat. I like to see physical endurance as well as a fighting spirit in the script. Skill and exertion, that excites me.

A:  Well. First thing: if you don’t need to be a playwright, for goodness sakes don’t do it. It’s a ridiculous thing to do. But if it’s something you need to do then say what you need to say and keep saying it, saying it, saying it. America is very “short term gain.” But playwriting is like a very long distance race. It’s not speed but endurance. Many others in the race will get tired and they will stop and they won’t be a playwright. If you keep going, you will.

And as you’re doing that, you should also produce your own work, or let friends produce it; find a way to get your scripts moving in front of an audience, don’t let them rot in your drawer, and keep writing through rehearsal and after opening night. That’s my ten cents.
Posted by Adam Szymkowicz at 9/24/2009 08:09:00 AM