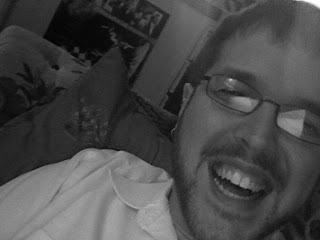 Q:  Tell me please about What May Fall and the Fordham Alumni Company.

A:  What May Fall is a play I wrote on commission for the Guthrie's BFA Actor's Showcase. It is loosely based on my experience of seeing a maintenance worker fall to his death at the IDS Tower in Minneapolis. I was living there while I was on a Jerome and I was doing a temp job to make some extra money. I was so so homesick and the event just left me feeling emotionally shattered. Later in the year when I was asked to write an ensemble piece for the Guthrie, I thought I'd write a bit about life in Minneapolis, not my life per se, or anyone I knew....but about life in that landscape. Minneapolis has many of the trappings and benefits of New York but everything happens in the most startling cold. What May Fall is about nine people living in that cold, nine people finding their way out of a tough winter.

I developed the play through the following year first with the actors, and later with Sarah Cameron Sunde who directed a wonderful production of the play with the actors I wrote it for.

What May Fall was then selected by Fordham, where I did my undergraduate degree, to be the third production the Fordham Alumni Theatre Company. Basically, the University is giving alums an opportunity to produce a large-scale production right here in New York. I teamed up with Morgan Gould, another Fordham alum and one of my favorite directors, to mount a new draft of the piece. The play features an all-star cast of Fordham alums who have graduated in the last 15 years, a cast that has gone on to work on Broadway and off. The entire production, including the designers, are from Fordham and everyone is doing the work for next to no pay. It's basically like coming back to my tribe. Both experiences of producing this play have been incredibly gratifying and warm.

A:  I just wrote a play called Ritu Comes Home for the InterAct Theatre in Philadelphia. It's about two persnickety gay guys who have "adopted" a daughter in Bangladesh by sending money through a Sally Struthers kind of thing. One night they get really drunk with their recently retired actress friend and they wake up to find their new "daughter" gnawing on a leftover lamb bone. Hilarity ensues.

I'm also working on my first television script. I finally have Final Draft, after all these years.

A:  I grew up in a party house. My stepfather and mother were hairstylists in New Jersey in the 80's. My stepfather was a hairweaver actually so 40 year-old men entered my house bald and fat and left drunk, high, and looking like Poison. My stepdad was kind of a magician, among other less complimentary things. My aunt, who was a stripper at the French Maid, lived in the basement, my mother perpetually watched NBC soaps (which I also watched with the greatest of interest) while my real dad, who was a forklift mechanic from Havana, scratched his head and tried to figure out a way to make me a little more butch. As if the biography wasn't enough to foretell my future as a writer, one of the earliest signs of my forthcoming writing life is that when I was around 12 years old, I cut out all these little pieces of paper, wrote everyone's name I know on them, and put them in a fishbowl. From that fishbowl, I created stories based on random pairings and acted them out. I also created competitions, systems, pageants, and even acted out wrestling matches between whatever two names I drew from the bowl. This is what I did during the parties.

I still have all those little names on pieces of paper only now it's not a fishbowl but a box. A box of names

A:  The one thing I'd change is that the theatre would do more work by Peter Gil-Sheridan. Does everyone say that?

Oh, and it should be federally mandated that every theatre in America have a corporate sponsor that has no say over the content of the work made.

A:  Caryl Churchill. Franz Xavier Kroetz. Fornes. I love Miller and Williams.
I have so many heroes who are within reach, writers I know, who are my friends, or writers who are floating about.

Some of my teachers: Dare Clubb and Sherry Kramer and Michael Weller and Elizabeth Margid.

A:  So much of the theatre I see is subtle, or stylish, or it's some dusty ass play that's ready for the museum. I'm excited by theater with lots of sex, and skin, and violence, and humor and strangeness and emotion. I want feel the way I feel when I watch a soccer match. I want to feel goose bumps. I want to desperately know how it will end. I like it messy! I love playwrights who are unafraid to bravely explore archetypes and cliches and familiar tropes. So many writers I love are doing just that.

Q;  What advice do you have for playwrights just starting out?

A:  These are things that I tell myself ALL THE TIME:

Try not to fantasize too much about who or what you will become as a writer.
Don't be a dick to artists who aren't as good as you, don't hate on the ones who do it better.
Indulge your sick little obsessions.
Have a few friends that don't at all take the theatre seriously.
Drink with those friends.