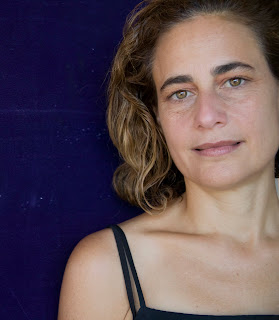 Hometown: San Diego, California. (Not far from the border with Mexico.)

A:  An epic play about gender-based violence. It may be two parts. It involves an uber human rights attorney, Guatemala, a Native American Tribe, Haiti, an oil executive in the Hague and a boy with cerebral palsy.

Q:  You write about human rights issues. What challenges do you face when trying to stage political plays and how do you address these challenges?

A:  I have been fortunate to work with a talented director, Jean Randich, who stages my work with imagination and poetry. She helped turn a bundle of fabric that wrapped a baby in the Rwandan genocide into the scarf that Raphael Lemkin’s mother wore in the Holocaust. My director Robert McQueen created the Cambodian countryside on stage with our Khmer performers in Where Elephants Weep behind a scrim; as their silhouettes looked up, you could see the bombs falling. Director Kay Matschullat and her set designer found this amazing plastic (a shower curtain) that actor Eunice Wong danced behind in Eyes of the Heart and that became a blind woman’s memory of her lost daughter. Director David Esbjornson and actor Nike Imoru helped create my character “Water” in Hurricane Katrina, in all her terror, seduction and beauty.

A:  There’s a quote from the sculptor-artist Hans Arp: “C’est en écrivant qu’on devient écrevisse.” Literally translated in English it means, “It’s by writing that you become a freshwater crayfish.” But in French it would mean: “It’s by writing that you become a “writeress” (a female writer),” which happens to also mean crayfish. Okay, that’s the story from my childhood—living between languages. “Passes ton ass” means “pass your plate” in Franglish, and my siblings and I just love that. When Hans Arp spoke in German he referred to himself as "Hans", and when he spoke in French he referred to himself as "Jean". Many people believe that he was born Hans and later changed his name to Jean, but that is not the case. My name is a train wreck. Filloux (pronounced Fee-you) means a little mischievous boy. Even in France they don’t necessarily know how to say it. In English people call me Cat.

A:  That one stays in the dark quite a lot.

A:  Currently Jeanne Moreau and Sami Frey. My aunt gave me an audio of Quartett by Heiner Müller. Have you ever heard them do this? And I recently saw Sami Frey perform Beckett’s Premier Amour. There are so many theatrical heroines and I’m not talking about the drug :-) If I write some then I’ve left others out. Long ago I was in the founding writer’s lab at the Women’s Project, organized by Julia Miles.

A:  I just finished reading a new play by Joyce Van Dyke, Deported/a dream play. I found it extraordinary. It is epic, though it can be done with 7 actors. Large in scope, but the story is economically told; poetic, muscular and I find the third act to be structurally surprising and dramatic. It’s about the Armenian genocide; about Joyce’s own history, but it’s much bigger than just that. I immediately thought that her play needs to be done in Washington D.C.

A:  I worked with a dramaturg, Lue Douthit, at Bay Area Playwrights Festival, who helped me a lot on my play Eyes of the Heart. (Talk about a development period, I started the play in the late 80s and it was produced at NAATCO in 2004.) I found Lue to be hilarious in her comments--and she could walk and read at the same time. That would be my advice. Humor goes a long way.