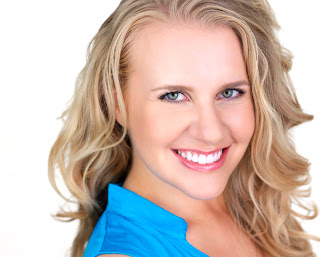 A:  I’m rewriting a solo piece about the inmates of a Georgia State Prison that I wrote last summer, and I also started a new play last week about marrying someone your parents hate. I find rewriting incredibly difficult, so I like to work on something old alongside something new. Stepping into a first draft feels like falling in love before things get complicated.

Q:  You recently won a NYFA grant. Can you tell me about that?

A:  It’s a funny story, because I applied for the grant as part of an application for a residency that I wasn’t accepted to, and had completely forgotten that I applied when I was notified that I won. I’m actually much happier that I won the grant, and have met some wonderful people as a result of it. NYFA is a fantastic organization with really nice folks that every artist should check out: http://www.nyfa.org. They give grants both to established and emerging writers (like me!), and it encourages me immensely to know that there are people in the world who believe in my writing.

A:  I was almost held back in first grade because I told my teacher that I could talk to mice. They called my parents to the school for a conference, and when my parents asked me about it, I explained that I was retelling Cinderella from a first person point of view. From then on, I was pretty much always in trouble for talking. I was an only child and spent most of my childhood at flea markets talking to adults, so whenever I had access to children, I bossed them into putting on plays. I remember reading a play in an old Victorian textbook when I was 6 or 7, and then sitting down with a notebook to write a play of my own. Not a whole lot has changed since then. In sixth grade, there was a girl who wrote nasty things in everyone’s yearbooks, so I wrote a play about a girl who writes nasty things in people’s yearbooks and performed it for our class. She watched it and came up to me after class. I thought she was going to hit me, but instead she apologized. It was the first time I saw that writing could affect someone’s point of view, and that’s still what I aspire to with every play I write.

A:  Cheaper to produce and cheaper to see. If I had a second thing to change, I’d create more funding for individual artists and small companies, who can do so much more with less money than large organizations. And a third thing would be for more producers and artistic directors to believe that there is an immense hunger for new work in the world, and embrace the unknown instead of producing and reproducing the known.

A:  I have great admiration and respect for the women who have taken me under their wing, particularly Tanya Barfield and Cusi Cram, who have given me a tremendous amount of support and encouragement. Chekhov is and always will be my hero. I’ve always said if I can have a career like Stephen Adly Guirgis, acting and writing and doing both things incredibly well, I’ll die a happy woman. And few playwrights excite and inspire me more than the wildly gifted Katori Hall, who is the only other writer I know writing about the South of my childhood.

A:  The most exciting thing I saw this year was Space Panorama in the Under the Radar Festival at the Public. It proved that you can tell any story you want on a bare stage with a little imagination. I get excited by theatre that invokes noises from the audience — crying, screaming, gasping — especially plays that make me laugh and cry at the same time. I get really excited by structure, and when plays come out of left field with a surprise or reversal I wasn’t expecting. I get excited whenever I’m in a reading at the Lark where there’s a huge variety of work being developed in a supportive environment. In short — anything DIFFERENT. Anything I haven’t seen before, heard before, thought about before. Tell me stories I don’t know, in ways I’ve never seen.

A:  Find people who believe in your work, whose work you believe in, and stick to those people like glue.

No matter how broke you are, keep reading and seeing plays. Don't forget movies either; with the instant watch on Netflix, you can watch unlimited movies for less than $10 a month. Find the artists whose work inspires you.

Get excited when you see a really bad play, because you’re about to learn something.

Give yourself permission to write really bad first drafts and write things that feel crazy, offensive, and dangerous. Write about the things that terrify you.

Go look at the first page of the first draft of “The Homecoming” in the British Library. Pinter wrote things and crossed them out. A lot.

Have a reading for yourself before you invite anyone else into the room, and learn to trust your own judgment about what works and what doesn’t.

A:  This would also fall under the “advice” category, but I want to give a huge plug for ESPA, the Einhorn School of Performing Arts over at Primary Stages (http://www.primarystages.org/espa). You will not find a place with more supportive talented people anywhere
Posted by Adam Szymkowicz at 10/14/2010 08:49:00 AM