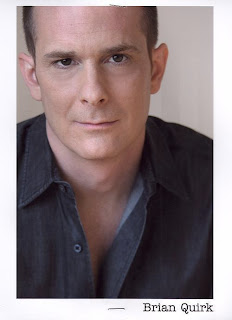 Q:  Tell me about the play you're taking to PlayPenn

A:  The play is called Nerine.

On the cusp of her adolescence, a gifted teenage girl--Nerine—moves to a housing project in Los Angeles with her mentally unstable wannabe actress mother, and her over-protective Argentine “Oma.” Unable to go to school due to her family's fear, Nerine channels her energy into creating a garden from the dust. But when her mother becomes pregnant, Nerine’s hopes for the future begin to collapse.

A:  Working on a book for a musical with the choreographer/director Donald Byrd. I am working on a play Summerland that is about the Fox Sisters and the spiritualist movement. I also am working on a new two-character play Warren. The play takes place in Detroit and deals with a surprising end of life relationship. I have had tons of time to work as I am in Taos, New Mexico at The Wurlitzer Foundation. I won the Robert Chesley award for 2010 and it came with a 13 week residency!

A:  When I was a little kid I loved to play dress up. I would take my Granny’s gold elf boots, my mothers fake pearls, and wear my father’s football shoulder pads. My parents saw that I loved to play and pretend. They bought me this box of hats. They were all plastic and bright colors. There was a cowboy hat, a fireman’s hat, a top hat, etc. They also gave me a cardboard box full of old clothes. I would go up to the attic and puts on these various hats and costumes and make believe. I would make up characters and situations. Sometimes this would involve going to the library and researching a period, say Tudor England. My poor sister had to be many of the wives of Henry the 8th! Finally when I was ten, I saw my first play, a production of Dracula at the University of Arkansas. I was mesmerized, horrified, terrified, transported and so excited that I couldn’t sleep for months. It rocked and transformed my world. I love that the theater has that power. I thought this is what I want to do with my life. I was hooked on theater for life!

A:  It would be that theaters would have to pick their season blind at least one play. So then a new crop of writers would come up, as the season would be chosen for the best writing not writing attached with a name.

A:  The late John Stix who would come to rehearsal at 83 and say “What can we learn today?”
Athol Fugard who has been a kind of mentor to me.
Craig Lucas whose work is so beautiful and who is so generous.
Daphne Rubin Vega who did a reading of Nerine last summer and inspired me to make the play better. She is a true force of nature.
I would add Tennessee Williams and Lorca. They are unique, lyrical, and both write these amazing women’s roles.

A:  Many kinds, I love a good story. I thought August:County Ossage was amazing! I like experimental work. I really enjoyed NYTW’s The Sound and the Fury. I thought it was just brilliant. I dig the classics, their language, scope and theatricality. I admired God’s Ear -what a production! Such precision, and the use of language! I thought Being Harold Pinter had these moments of incredible simplicity, beauty and theatricality. I am also really inspired by transformational acting and great roles especially women’s. I thought Cate Blanchett’s work in Streetcar Named Desire at BAM was mind blowing.

A:  Write, write, write, and see everything you can. Find the stories that speak to you and tell them in your own unique way. Follow your heart and keep doing what you need to do no matter what.

A:  I have been out of town for ten weeks so I am a bit out of but…
Go see Black Watch it’s coming back to New York.
Check out the work of directors Troy Miller and Wayne Maugans.
I’ve worked with both and they are super talented!
Head to Jimmy’s No. 43 for an id theater “sit in” www.idtheater.org
Read Bryan Charles book There’s a Road to Everywhere Except Where You Came From
Check out the work of artists Karla Wozniak , Karlawozniak.com and Lucy Kim, luckykim.com. I am always inspired by great visual art.
And come to PlayPenn this July and see my play Nerine
and the work of the other wonderful writers! www.playpenn.org
Posted by Adam Szymkowicz at 4/08/2011 10:07:00 AM