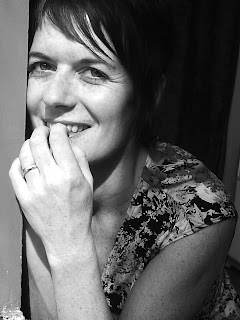 A:  It's a collection of three chamber operas commissioned by The Theatre of a Two-Headed Calf. Brooke O'Harra invited Lisa D'Amour, Karinne Keithley and me each to write a thirty-minute libretto, and we were paired with composers Chaya Czernowin, Brendan Connelly, and Rick Burkhardt, respectively. We were given a set of, I thought, terrifying and perfectly weird restrictions to work with, including the title. We also had to include an animal suit (preferably a gorilla); slides and/or a slide projector; and we were supplied with some very generous and risky personal narratives from members of the company about their own mothers, which we were allowed to incorporate if we chose. It was a great experience. I'd never written an opera before, and it allowed me to work with a kind of restraint that was difficult and exciting. Also, I felt like the luckiest person in the world when I learned I'd be working with Rick Burkhardt. Three Pianos and Storm Still were two of my favorite things I saw last year, or possibly ever, so I can't wait to hear what he's done with and to the text. Brooke is one of my favorite directors, too— Actually, everybody working on the project is really incredible at what they do, so I'm honored to be a part of it.

A:  I'm working on a play called There There, which will be directed by my long-time friend and collaborator Paul Willis. It was commissioned by PS 122 and will go up at The Chocolate Factory in December. It's a monologue for two actors, a bilingual performance duet that happens simultaneously in English and Russian. It's inspired by the completely unsympathetic character Vassily Vasilyevich Solyony from Anton Chekhov's Three Sisters. He's the one who says he'd fry Natasha's baby up in a frying pan and eat him if it were his child.

A:  Hm. Well, I'm thinking right now about how I never liked to play with dolls when I was little. I could never think of anything for them to say to each other. Maybe because I wasn't so interested in the narratives suggested by Ken and Barbie et al. I did, however, very much enjoy setting up dollhouses. I loved making miniature spaces out of shoe boxes and milk crates and that kind of thing, with water beds made out of ziplock bags and stuff like that. The dolls would just lie off to the side on the carpet without any clothes on, but I could spend hours constructing these houses for them. I think this is related somehow to the kind of theater I make, which is as much concerned with space and architecture, construction and arrangement, as it is with any kind of story. Of course, I don't have actors lying around naked on rugs in my plays. And now I'm extremely interested in language, and what it does and what it sounds like. But that came later. Probably when I was about 15 and started listening to Laurie Anderson.

A:  I'd like to take away all the props and furniture for a couple of years and see what that would do.

A:  I really like not knowing what's going on. I feel the most excited when I have no idea what's happening or what's being done to me. Playwrights who excite me like that the most lately are Kristina Satter, Julia Jarcho, Greg Moss, and Kate Ryan.

A;  Just keep doing it. It's very rewarding if you stick with it. Don't listen to what anyone tells you about what a play should be. Say hello to people. Ask for help.

A:  If you want to come to Walla Walla, you can see a production of my play Hello Failure, which I'm directing with students at Whitman College in March.

Otherwise, of course, You, My Mother.

Experimental Canadian theater in a steel building without furniture....hmmm...

Rick Burkhardt has played a vital and Fatal role in your life.