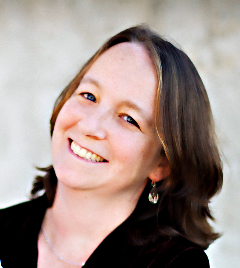 Q:  Tell me about the play you're doing with Fresh Ink.

A:  THE EMBRYOS is about a couple, Mommy and Daddy, who try to conceive but are unsuccessful with in vitro fertilization. They don't want to give up their frozen embryos, so they take them home and attempt to raise them as children. As it turns out, the embryos are unusually animate, but not in a good way: they eat voraciously, watch way too much TV, and want to be famous. I see them as kind of consummately id-driven blobs of base desire and ambition. Pandemonium ensues.

I'm very, very excited that Fresh Ink chose THE EMBRYOS for their 2012-2013 season. This is a new company on the Boston scene, entirely devoted to new work by local writers. EMBRYOS will get a staged reading, a workshop, and a production by the end of this year. It sounds like a great process for where I'm at. The play has talking embryos in it (they are live, played by actors), and I'm really interested to see how this and other absurdist elements work out on stage. Also, there is some overt political commentary that seems suddenly relevant. I actually started writing the play years ago, back in the Bush era when right-wing ideology was holding sway on things like stem cell research and embryonic rights. When the administration changed, I wondered if the play might lose some of its zip...as it turns out, the recent "personhood" amendments and other firestorms over reproductive rights have shown that embryos are as hot a topic as ever. I might have to make the play even more absurd to keep up with the times.

A:  I'm working on a new play called BURNING, a realistic drama, very different from THE EMBRYOS. It's a contemporary riff on the Cyrano de Bergerac story; the main character is a rabble-rousing blogger/poet who was kicked out of the Army for being a lesbian. She agrees to help a young soldier court a friend of hers, with whom she's secretly in love herself. And her former commander shows up to haunt her with demons from her past, etc. It's pretty intense and different from what I usually write.

Q:  Tell me, if you will, a story from your childhood that explains wh you are as a writer or as a person.

A:  My mom says that, as a child, I had a rich inner life. This is a nice way of saying I spent a lot of time playing alone in my room. I had a vivid imagination and made up a great many elaborate stories about my model horses and dolls--whole sagas. I think I continue to live in my own little world to some extent.

A:  Cheaper tickets would be awesome.

A:  Anything that has the audacity to be either scathingly ironic or heart-breakingly sincere. Or both.

A:
I'm on board to write something (I don't know what, but it will be a musical) for the Boston 48 Hour Film Project next month.

In June, I'll be participating in another home-grown spontaneous-creation event called The T Plays.