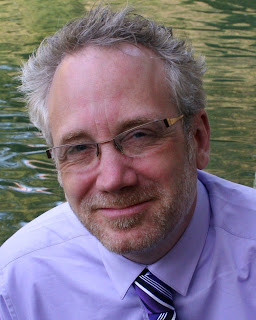 Q: Tell me about Assassin.

A: “Assassin” uses a real event as its backdrop. During a 1978 NFL preseason game, Oakland Raiders’ safety Jack Tatum put a hit on wide receiver Darryl Stingley, paralyzing him from the neck down. My play takes place thirty years later: Jack seeks a meeting with the man he paralyzed, but standing in his way is a young attorney and a secret that may destroy them both. As a kid I was a huge football fan, and I remember being shocked and horrified by the incident. When Tatum died two years ago I read his obit; soon after I began writing what became Assassin. Most moving to me is the fact that Tatum and Stingley, who died in 2007, never met after 1978. There was no closure, if you will. That idea became the seed of the play.

A: I’m working on a new comedy called “Why I Want a Wife” with playwright John Stanton. (We stole the title from a famous feminist essay from the 1970s.) The play is about a family that literally hires a “wife.” Couldn’t we all—men and women—use a wife to help us navigate our busy lives? We have smart phones, sure, but where’s the love? And I’m not talking about the 21st century concept of a wife; I’m talking wives like Donna Reed, or the ones you find on Mad Men. The play will premiere in the spring of 2013 at Madhouse Theater Company in Philadelphia. Also, I’m still hammering away at an idea surrounding the first movie ever shown at the White House, the racist epic “The Birth of a Nation.” The 100 year anniversary of the film is coming up in 2015.

A: When I was a teenager, my mother took me to the theater a lot, especially in Philly. One show called “Terra Nova” by Ted Tally really stuck with me. It is about Robert Falcon Scott’s journey to Antarctica. I loved the history—the truth is stranger than fiction aspect of the play. As I vaguely recall, the play flits back and forth between the Pole and the United States; the stage is all white, mostly empty. At one point, Scott and his men are sitting at a dinner table in a fancy restaurant. Suddenly, one of the men yanks the bare white tablecloth off and its whiteness becomes part of the South Pole itself; the men, on an otherwise barren stage, are now hunkered down and freezing, fighting for their lives. In that moment—that instantaneous transformation in space and time—my love of theater and my love of history merged. I haven’t been the same since.

A: The sometimes endless development process. Readings and rewrites are vital—I’m a big rewriter—but at some point they can start to have a detrimental effect on one’s play. It helps to have a sympathetic director—someone who understands the script and that the playwright can trust to provide some valuable perspective. Otherwise, the development process can go on forever in an unfocused way, until the playwright loses all sight of what works and what doesn’t.

A: Sam Shepard, early on. In high school, I acted in a weird one-act of his called “Icarus’ Mother.” Followed him with “Buried Child” and “True West.” I responded to the visceral nature and quirkiness of those plays. Eventually I found Samuel Beckett and Edward Albee. I’ve met Albee a few times, and one thing he said stuck with me: Write your play as if it is the first play you’ve ever written. In other words, try to come at it without preconceived notions, and throw out the rule book each time you write a play. Craig Lucas has been a recent mentor to me too.

A: I love physically small theaters—that intimacy. There, with a good play and good actors, the Earth can move under your feet. I like to be close to what’s going on: see the sweat beading on the actors’ faces, be almost close enough to touch them. I also appreciate theater that pushes my buttons, forces me, through its story and characters, to ask new questions of myself and the way I look at the world. I mean, many people use plays to reinforce what they already know or believe in. Why pay money for that? Instead, see plays that throw you off your game, force you to grapple with the beautifully ugly and complicated world we live in.

A: Trust your instincts. I’ve found that things work best when you don’t dawdle and just get to it. That way the doubting little voice in your head can’t throw you off your game too much. You don’t want to cloud or destroy the initial spark, so hit the ground running and only look back when the first draft is done.

A: “Assassin” runs in a co-production by InterAct Theatre Company in Philly (Jan. 18-Feb. 10) and Act II Playhouse in Ambler, PA (Feb. 19-March 17). My pal Lowell Williams’ play “Six Nights in the Black Belt” opens in early February at the Youngstown Playhouse in Ohio. Another good friend, Michael Whistler, will open his play The Prescott Method at the Walnut Street Theatre in Philly in late March. Also, two great organizations that all theater people should look into are the Lark Play Development Center in NYC and the Great Plains Theatre Conference in Omaha. They love playwrights!
Posted by Adam Szymkowicz at 5/14/2012 02:32:00 PM