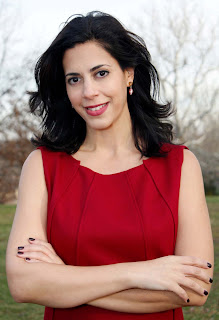 Q:  Tell me about The Fallen.

A:  The Fallen is rooted in Sarajevo where I volunteered as a teacher and drama therapist to returning and refugee youth after the war. The city has become more than a geographical reference, but an indelible mark on my mission as a playwright, teacher, therapist, and human being. It was a profound experience that hasn't left my writer's soul. The play began in whispers: whispers to keep the story of Sarajevo alive, whispers throughout my travels to other cities connected to the conflict. I had written about the Bosnian war in previous plays, but this time I wanted to tell the story of ethnic cleansing, of the children born from the systematic rapes, but tell it through a relationship between a mother and her daughter over a span of twenty years from the beginning of the war to the current international criminal tribunals at the Hague. Nora’s Playhouse, a company I co-founded with director Caroline Reddick Lawson and Emily Richard is producing the play. It’s been a gift working with a tremendously talented group of people including producer Jenn Haltman, Jacquelyn Honeybourne, along with a powerful cast and production team.

A:  My latest play Another Spring is about an intimate relationship within the turmoil of the Arab Spring. The play is an assault, an interrogation, a love affair, an exploration of democracy all within the confines of a bedroom between two lovers and a holding cell between a demonstrator and interrogator. I’m also actively working with our company, Nora’s Playhouse, helping tell the stories of women through readings and productions.

A:  My mother has often told the story of when I was three and taken to “audition” for admission to a nursery school. I was asked to observe the class as they sat in a circle and participated in some activity. Standing outside their circle, I watched for a moment, and then declared, not asked (as the story is told), “Room for one more,” and pushed my way into the circle to join the group. The school accepted me on the spot. There’s always room for one more play, one more interpretation, one more story to be told. Our voices as playwrights are unique, as our experiences.

A:  The directors I’ve had the privilege of watching their magic: George Ferencz of La MaMa, Justine Lambert of The Looking Glass Theatre, John Pietrowski and James Glossman of Playwrights Theatre of New Jersey, Jatinder Verma of Tara Arts in London, and of course, Caroline Reddick Lawson of Nora’s Playhouse. I’ve learned from each one and am deeply grateful for their artistic collaboration. I’ve found inspiration from Ellen Stewart, Richard Schechner, Carol Martin, Naveen Kishore. What an honor for me to say I’ve worked with these artists and scholars. To all I say a word I often used in Sarajevo, “hvala”. Thank you!

A:  Don’t hang out with writers all the time. Find inspiration in other genres and experiences. Yes, it's wonderful having a community of writers. But the plays I wrote within that community when I was just starting out and the plays I write now following my experiences as an English as a Second Language teacher and Registered Drama Therapist tell very different stories. I didn't go into an MFA program thinking I would become a licensed therapist or a teacher. It wasn't a path I had planned, but it's been a wondrous one, allowing me to work with immigrants, refugees, asylum seekers, survivors of torture, families with chemical dependency. If there hadn’t been rejection in those early years, I wouldn’t have looked outside a theatre to find my playwright’s voice. I wouldn’t have become a teacher and therapist. I wouldn’t have gone to work in Europe, the Balkans, and the Caucasus, and I wouldn’t have written The War Zone is My Bed, Returning, or The Fallen.

A:  My first book, The War Zone is My Bed and Other Plays recently published by Seagull Books’ In Performance Series and University of Chicago Press is an anthology of four plays: Blood Sky, Returning, The War Zone is My Bed, and Paradise. The book’s origins are quite serendipitous in relation to the production of The Fallen with director Caroline Reddick Lawson and producer Emily Richard. The first Nora’s Playhouse project was a production of the first two scenes from The War Zone is My Bed. We did it in a compact space above a friend’s Belgian beer bar. In the audience was Caroline’s professor Richard Schechner, who subsequently published the second scene of the play, “Blackened Windows” in TDR: The Drama Review, and that publication led to the anthology. This year, I've done readings from the book in London and Warsaw. Lisbon is next month.

UPDATE:  BLOOD SKY is running through April 6 2014 at at T. Schreiber Studio and Theater.

Yasmine Rana is an amazing playwright! Her plays will move you and take you to places that will touch your soul. She is brilliant!I loved the article and loved her childhood story!

Having recently been in Kosovo on a cultural exchange, I'm particularly curious to read about Rana's experiences in the Balkans, and hope to encounter her work.

It has been a pleasure working in tandem with Yasmine and seeing the results of this collaboration interpreted and shared publicly in her writing and plays in a way that continues to challenge us all!
~Thomas Dwyer