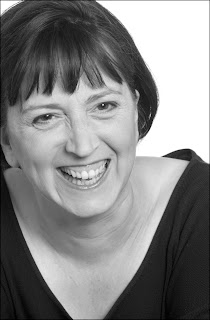 A:  Revising A Grand Design, a dark comedy inspired by the sniper shootings of a decade ago and waiting for the composer of a new musical to crank a few more songs so we can set up a workshop.

Q:  How would you characterize the D.C. theater scene?

A:  It’s grown a lot since I came down here in 1991, a lot of young talent moving into the area and new companies springing up. Dog and Pony, Flying V, Pinky Swear are some of the newest, doing exciting new work. The Capital Fringe Festival infused a real sense of energy and purpose into the scene, I think, raising the profile of Washington as a theatre town. The city is still dominated by a few large companies that rake in the bulk of the funding and are reviewed on page one of the Post’s Style section, while the rest have to fight for attention. But it does seem to me there is a gradual movement towards more opportunities for local playwrights, which I find encouraging. Theatre J, for example, has launched its Locally Grown initiative---and that’s a real boost to have a theatre of that size and caliber taking a serious look at local talent.

A:  Sexual abuse at the hands of my oldest brother. The disconnect between what I knew of my own experience and what certain family members insisted my experience was became a powerful influence in my life and ultimately my work. I was essentially raised to lie to myself; becoming a writer was about unwinding the lies to find a truth. It wasn't until I was able to face my experience as a child that I found my voice as a writer. And now it’s the drive behind every play I write, to wrestle with a problem or a question and make sense of it, to arrive at the truth of something. There is a lot of power in the need to conceal, to rewrite history, or remake facts to fit the stories we tell about ourselves. Finding a way to blow all that apart is great drama.

A:  The fact that Americans don’t believe it is worth supporting through public funding. We’re the only country in the Western world that expects the arts to compete as if they are businesses. They’re not. They never can be. They exist to nourish the soul, not to make money, and we should value that. Unfortunately, many Americans do not.

A:  When I started to write plays I lived in upstate New York where the local library had scant offerings, but they stocked the major writers of the 1950s. So I read Inge, Miller, and Williams, which I guess is not a bad foundation. When I got into graduate school, the world opened for me and I discovered the Greeks, I read Marlowe for the first time, I stumbled onto Caryl Churchill and Irene Fornes, and I found a delightful and overlooked contemporary playwright named Mary Gallagher, and the biggest influence of all--Bertolt Brecht. But I have eclectic tastes. I’d always loved Chekhov but never fully appreciated him until I tried to teach a course in dramatic literature and found myself face to face with a roomful of undergraduates who thought he was a bore. And it was my challenge to show them how funny The Cherry Orchard really is. Chekhov was right when he said it was a comedy.

A:  Theatre that breaks away from naturalism without surrendering story or character. Something that is structurally inventive but emotionally wrenching. Theatre that goes to the heart, that is unabashedly lacking in cynicism without being the least bit cloying. Dramas that don’t blink. Comedies that kick you in the gut while you’re not looking.

A:  This advice is borrowed from Ira Glass. Be prepared to suck. Learning to write well requires a long, long apprenticeship. Mastering the form takes literally years and it takes a long time to find your voice and your style.

As for me, I would say the earlier you start, the better, but no matter when you start, give yourself five years before you write anything worth showing to a theatre. Don't try to get your stuff produced right away. Join a group or hire a tutor and write crappy plays. Write a lot of them, keep a journal, develop a keen eye for human foibles and a keen ear for natural language. Don’t underestimate the power of your own story, but don’t make playwriting your avenue for revenge or personal therapy. Nobody gives a shit what happened to you as a kid. Your job is to write plays so stunning that when I come to see them, I can’t get them out of my head; so make me stop and take a deep breath and think twice about something I never doubted before. Whether I laugh or cry, make me pay attention and never, never let me off the hook. You are not writing to make me feel good, you are writing to reveal the world to me in a way I never saw it before. You can't do that unless you are willing to go there yourself and bleed along with your characters.

A:  Coming up in October, Salvation Road, a drama about a boy whose life is turned upside down when his sister gets involved in a religious cult. Opens October 26 at New York University’s Steinhardt School, followed by a production in November at Walden Theatre in Louisville, Kentucky, and a production at Seton Hill University, Greensburg, Pa., in April 2013.