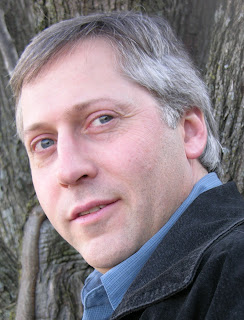 Q:  Tell me about The William Inge Center For The Arts.

A:  The Inge Center was Founded in 1982, but had two previous, but similar, names. It sits on the Independence Community College campus in the small rural SE Kansas town of Independence. It was founded by Margaret Goheen, a close friend of William Inge’s with the intention of honoring some of America’s Great playwrights. Over the past 32 years nearly every major American Playwright has visited, from Arthur Miller and August Wilson to Neil Simon and Wendy Wasserstein. Since 2002 we have been hosting long-term playwright residencies in William Inge’s boyhood home (setting for “Picnic” and “Dark at the Top of the Stairs”). We’ve helped develop over 50 new plays and through the playwriting classes and at local rural high schools and at the college and through the 24-Hour Plays that we do each year, we’ve helped birth hundreds of short plays as well. In the summer of 2014 we’ll be helping, with many of the towns other organizations, create ASTRA, a unique multi-arts festival which will feature four plays in Rep, music events, visual arts, literary and everything in-between.

Q:  How do you choose playwrights for the programs?

A:  I’ve chosen them from recommendations, chance meetings, longstanding relationships and open submissions. We choose the playwright, not the play. The playwright chooses their own project and we help them, as best we can, with the resources we have, to take the next step in that project.


Q: Tell me, if you will, a story from your childhood that explains who you are as an artist or as a person.

A:  My father was an actor, director and artistic director. My older brother is also an actor, director and artistic director. Sitting around my dinner table every night were theatre and film artists of all shapes and sizes: discussing, arguing, tearing apart and putting back together again every piece of theatre or film or TV that was recently seen. By the time I was 16 I had the equivalent of a PhD in theatre. And then I started doing it, which was where my real education began.

A:  I would have much longer rehearsal times, so that we could have a better chance to make real art, rather than just “getting it up”.

Q:  If you could change one thing about The Inge Center, what would it be?

A:  I wish we had the funding to host several more playwrights per year.

A:  Good theatre. I am excited by all kinds of theatre when it is done exceptionally well. And bored to death by all types of theatre when it is done badly. I don’t particularly care for theatre that is hopeless or only points out problems that are obvious without shining new light on them. I want theatre to make me feel more alive in some way, not deadened or depressed.

Q:  What plays or playwrights are you excited about right now?

A:  Well, There are countless playwrights that excite me. At the moment we’re casting this year’s Otis Guernsey New Voices award-winner, Sam Hunter’s new play for a reading at the Inge Festival. I’m very excited about his work, as I see a distinct connection between his writing and Inge. Very few playwrights deal with empathy and forgiveness and both Inge and Sam do. I’m also always an advocate for my good friend Richard Hellesen’s work. I’ve directed him a lot, and I always learn new things. But There really are a great many wonderful playwrights out there these days.

Q:  What do you aspire to in your work?

A:  Having a real effect in some way with whatever I do. Either helping people become more sensitive or increasing their knowledge or allowing introspection or maybe just detoxing through laughter. I don’t care much for mindless entertainment that is just past-time. I strive to make the experience holy in some way, so that people feel that they’ve grown or changed or enhanced their life for having sat in the dark for a couple of hours.

Q:  What advice do you have for theater artists wishing to work at the Inge Center?

A:  Bring your own fresh produce.