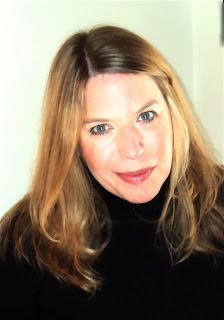 Q:  Tell me about your play at LaMaMa.

A:  It's about a mid career conceptual artist who is nominated for this huge grant, but there's a catch - she must create a new work in order to collect. When she's out celebrating with her best friend, ex-boyfriend and mentor, instead of being happy for her, they all seem to want a piece of her success which prompts her to question what success really means to her and to others. As she begins to work on her piece, these “friends” invade her process until she is totally stifled. She gets over this by a decision to put each of them in her work, turning the tables and flipping the play in on itself.

We're creating the actual art onstage with some cool designers and a video artist. I always imagined this as a collaborative piece and left a lot of room for my collaborators and director George Ferencz's magic. There's also an intense scene at MoMA that might get me banned from there and a hipster boy toy who creates beer bong video art. Nothing about this play is safe, so it is making me really nervous but hopefully in a good way.

A:  I've been collaborating on a play called r u nobody 2 ? with playwrights Marya Cohn, Andrea Lepcio and Kim Merrill and directors Allyn Chandler and Elysa Marden for our theatre company, NewShoe. It's about teenage bullying. We workshopped it in the "room" at New Georges last year and after about 3 years of intense collaboration it's ready for production.

I'm also collaborating on a play with a scientist about Crystallography called Bernal's Picasso, and I'm editing a documentary I filmed in London about my playwriting mentor Bernard Kops.

A:  Everyone seems to make fun of Long Island, but Massapequa was a very theatrical place to grow up in. Gambino was on one side of the canal and Jerry Seinfeld's family was on the other, so as you were daydreaming about the scary mob shit going down behind the marble facades, Jerry's dad would drive by in an antique car (which I think he collected.) These sightings were the bees knees, because his dad was one of those warm hearted men who loved kids and life and got a kick out of us standing on the corner gawking at him in his eccentric car. Plus I came from a theatrical family, everyone sang show tunes and played piano and loved Streisand, and my favorite activity when I was a kid was to play "house," which I forced my friends to play with me. I was obsessed with rearranging furniture and dreaming up scenes where I was the bad teenager about to runaway. And then there was the beach club where everyone gossiped and they put on The King and I one summer; I was cast in the chorus and had the most exquisite costume, but I got an ear infection on opening night, and my mother sent me home, alone, screaming my head off (I was like 7). I cried and cried alone in my room not because I was scared, but because I was missing the party. My revenge came when I was 11, and I put on a striptease for some neighborhood boys while standing on a Cadillac in one of their garages, until someones dad caught us. Then there was Boces Performing Arts High School which saved me from some bullies at my high school which led to my BFA and theatre, theatre, theatre, until I got so sick of it all that I quit at 25 to become a New Jersey housewife. That lasted for 6 years until I wrote my first play Superbia ... and 15 years later I'm having my NYC debut at La MaMa, so it was all worth it!

A:  I would make it less conservative. We've seemed to make this crazy ass flip with TV where Tony Soprano is allowed to shove a woman against a wall in a bar and screw her from behind, but if we try to put that on stage (in a non-exploitative way) it's vulgar. It seems like some people are too afraid to offend their audiences or subscribers, which I think is an insult to the intelligence of those subscribers and audiences who would probably be open to being challenged by cutting edge theatre. I know there are lots of theaters that do do this, but I wish even more would. If what you're doing is authentic, people will want to see it. Which is why so much on HBO is so hot. Can we bring that back to the theatre?

A:  Challenging, funny, intellectual,risk-taking work that lingers in my mind long after I've left the theater.

A:  When you think you're done, you're actually just beginning.

A:  www.chemistryoflove.net , May 2-19 at La MaMa also check out my website www.seagullink.com.