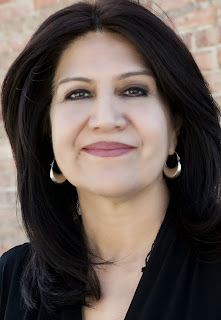 A: I’m working on a couple of things. I have a completion commission at Center Theater Group (CTG) to further develop my play “Hope: Part II of A Mexican Trilogy.” “A Mexican Trilogy” (LA Drama Critic’s Circle Award 2012) follows the story of a Mexican family in the U.S. over a span of a hundred years and was produced at the Los Angeles Theatre Center in 2011 (Hope: Part I) and 2012 (Faith: Part II and Charity: Part III). I’m also working on a new (ish) play, “Premeditation” for our theater ensemble, the Latino Theater Company, where I’m the resident playwright. “Premeditation” is a one-act I wrote a while back that I’m expanding into a full-length play. But, it’s not as easy as I expected it would be… We need a show for the Spring Season so I worked on it over the summer and I am finishing it up now. I also have a TCG Fox Fellowship to archive and articulate our work (Latino Theater Company) as an ensemble. And I’m preparing “A Mexican Trilogy” and “Dementia” to be published by Samuel French.

Q: Tell me about the Los Angeles Theatre Center.

A: We are the operators of the Los Angeles Theatre Center (LATC). We (Latino Theater Company) have a 20-year lease with the city to operate and provide programming that reflects the rich diversity of Los Angeles. So, we are a theater company and we do produce our own plays. But, we also produce plays by other playwrights and companies. We have two seasons; Fall: Face of the World; and Spring: East of Broadway. We usually produce eight to ten shows a year, mostly new plays by people of color. At the LATC diversity is not the exception, but the rule. The building is an old bank building in the Historic Core of Downtown. It’s an eight-story building with 4 theaters that range from 500 seats down to a 99-seat black box. We also have a dance/performance studio and a gallery space. DTLA is experiencing a renaissance. We have lots of new folks moving into lofts, new restaurants, bars, nightclubs. The historic core is an interesting mix of the new downtowners and the old. We are one block away from skid row. So, you have a master chef restaurant on one block and skid row folks one block away. I suppose there’s a certain amount of gentrification going on, but as someone who lives downtown, it’s an improvement. I know it’s probably not PC to say that, but it’s much better for our theater. Now, if we could only get more white people to come watch stories about people of color, lgbt, etc., it would be even cooler.

A: Well, I was born in East LA but lived the first nine years of my life in Phoenix, Arizona; the youngest of five. My parents had a pretty miserable marriage, which is what happens when you marry at 15 and 18 years old. They are both first generation Mexican-Americans born in Arizona. Raising us they spoke to us in English and to each other in Spanish. I suppose they wanted us to be more American than they are. When my parents divorced, we moved back to East LA to live with my grandparents, who came to the U.S. from Mexico during the revolution of 1910. So, the characters I write are Mexican-Americans and all of my plays take place in the U.S. They are bilingual and bicultural, like me. I was born in East LA, but unlike the way it is portrayed on stage and in film, it is a working class neighborhood with good, hardworking people. There are not drive by shootings everyday and there are not drug dealers on every corner. I look for the beauty in my people and write their stories.

A: One thing? Wow, that’s difficult. I’m assuming you mean the American Theater. In that case, I would make it accessible to all people to participate either as artists or as audience members, which is not the case right now. In general, I think our American theater needs an overhaul. Regional theaters are working from a model that is no longer sustainable. The world is changing faster than we ever imagined it could and the American Theater must change to ensure its future. We need more people of color, more women, more anything but white males running our theaters!

A: Luis Valdez, the founder of El Teatro Campesino. He began Chicano theater in the fields supporting the United Farmworkers Union and made it all the way to Broadway with “Zoot Suit.” Another hero is Dr. Jorge Huerta who was the first Ph.D. Scholar to document the history of Chicano theater in the U.S. They are both mentors to me. My other heroes are the members of our ensemble, the Latino Theater Company, for their passion and commitment to the theater: Jose Luis Valenzuela (Artistic Director) and Sal Lopez, Lucy Rodriguez, Geoffrey Rivas and the late Lupe Ontiveros. Especially Lupe for her never-ending love of the theater despite all of the obstacles. We’ve been together for 28 years, longer than most marriages…

A: Cosmopolitical theater that pushes the boundaries politically and aesthetically. Theater that is forward thinking and not cynical or self-absorbed. Theater that matters.

A: If you are just starting out, I would say you should venture outward rather than inward. The more life-experience you have the more complete you become as a human being and a playwright. On the other hand, don’t look so far away that you don’t recognize yourself, your true self, your authentic self in your work any longer. Drama is human nature, plain and simple.

A: The LATC Spring Season 2014 and the Latino Theater Encuentro (Encounter) in Fall of 2014. “Premeditation,” Spring of 2014 (the one act I’ve adapted to a full-length) at the LATC.