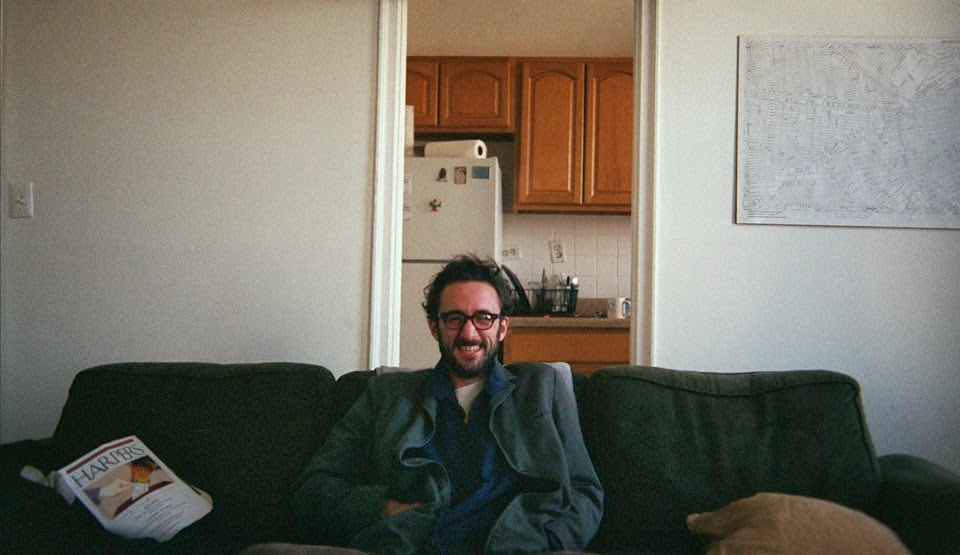 Q:  Tell me about Magic Bullets.

A: MAGIC BULLETS completes Buran Theatre’s triptych of works initiated with 2010’s The House of Fitzcarraldo. The piece is primarily about health, wellness and, in a greater sense, sanity and the sublime of suffering. In the piece we find ten people trying—reaching for answers in the midst of their pain and loss. Their hopeful destination is wellness but what happens along the way— psychologically and philosophically—is what we jump around in for the length of the show. In Buran fashion, the tempo is staccato with boisterous and unapologetic, bounding madness and fever-fits. MAGIC BULLETS will be more comprehensive and dynamic than previous efforts. The company has filled out: working with a choreographer, for the first time, and the musical compositions more defined and well-articulated. I think folks who have been following our work will find this to be a logical next step but also be very surprised as to where the piece ultimately lands. It goes without saying, it’d ridiculous to miss this show.

Q:  What else are you working on now?
A:  I’m working on a very large-scale installation-theatre piece about de-extinction and the psychology of romantic love called MAMMOTH. The work pulls from the very real scientific possibility of de-extinction (reviving species) and the ecology of the Siberian tundra since the wooly mammoth disappeared. More so than in the past I am really trying to pull together worlds that I’ve never seen live together: taxidermy and puppetry, live video and nature, specifically, a stage designed of melting ice and lush, colorful tundra. It’s going to very different from anything I’ve done with Buran or otherwise. My work has been chaotic, charged with an anxious, manic energy. The challenge now—and it scares me, quite frankly—is to see if I can use that energy to achieve something longer and, potentially, more static and sustained.

A: I spent the majority of the summer, before I was old enough for camp or to be left alone, with my grandma. She owned a very large, old apartment complex that we’d spend our days working in, doing odd jobs. I loved the musty smell of the place and all the people she had to collect checks from or set up maintenance appointments with. Watching her work had a huge influence on me. It was invigorating to hear her get frustrated, her tropes, and the things she repeated over and over as she tinkered and talked to the washing machine and furnace as if they were people, imbuing the property with her personality. It made me understand what real ownership meant: renting something that is tended to for the care of others.

Twice a week we’d travel an hour out of town to visit her mother, Oleva, who had dementia, in a nursing home. Each visit my grandmother would reintroduce herself as her daughter and me as a great-grandchild. It was the same script twice a week. The only thing my great-grandmother ever directly said to me during these visits was, “Adam and Eve and Pinch Me went down to the river to bathe. Adam and Eve jumped in. Who was left?” And thus, twice a week, I was pinched.

I sat quietly during these afternoon visits and listened to mother and daughter sing the same songs: “Won’t you Call me Sweetheart,” “Mairzy Dotes,” and “My Merry Oldsmobile.” My grandma and great-grandma taught me all the old songs from the ‘30’s and ‘40’s. In this way I have always been an old soul. It was cultivated in me, the way your hips move to that music—that where I feel most at home.

Growing up Roman Catholic, despite women not being allowed to enter the priesthood, there was always the strong veneration of the Madonna. I felt more secure in my prayers to the Virgin Mother than I did to Jesus. The miracle of a virgin birth seemed more astonishing than rising from the dead. Anyone Joe Schmoe can rise from the dead, but the mystery of the birth always left me in awe. How does that work? What did Mary say to everyone? How did she endure the doubt and criticism? The strength and resolve, in light of a decision that others thought mad or impossible, made the Virgin Mary a source of inspiration from a very early age.

The rest of my life I have been blessed by the company of very strong and compassionate women: teachers, relatives, friends, and artistic collaborators. It’d be silly to say I attempt to populate the stage in honor of the women in my life: there is no attempt; it is simply what I do. You really have to push me to create a role for a male in my work. I am not interested – there is no mystery in a man, nothing lyrical or beautiful, devastating or dramatic. I think this is the hallmark of my work and my modus operandi as a person: a constant veneration and awe of the women in my life. It’s the well to which I will forever return.

A:  I would like to see a culture of equality and transparency, where actors can request to see a budget if they aren’t getting paid, without fear of the director or producer. Especially within the realm the majority of us are creating theatre: more warmth and compassion. You don’t make profits from the type of theatre we create. The pursuit is for a lifestyle and that should be reflected in how we treat one another.

A:  Chuck Mee, Ron Willis, Jo Huseman, Radiohole, Augusto Boal, Vesvolod Meyerhold, Eugene Ionesco, Ellen Stewart, Alicia Gian…the list is very long and ever-expanding. But really, my theatrical heroes are the folks that work with Buran Theatre. I have the privilege and honor to hand pick every designer, performer, writer, choreographer and musician involved with Buran and so I always choose those who know more and are more capable than I am. They are a constant inspiration and I work to make sure they are treated with respect and feel a sense of community. Since Buran tours the United States, it’s so important to create the connective tissue from NYC to Minneapolis to Kansas City to Albuquerque to Las Vegas to Los Angeles and know that there is a community, a purpose to this model: the performers and donors and audiences are interchangeable. The more I work in this model, the more charged I am to make this satellite system of communities flourish so that my heroes have good friends, a roof over their head, and a creative home wherever they travel.

A:  I am excited when something doesn’t know or doesn’t tell me what it is. I am generally not very fond of narrative in theatre. The minute I see a “plot” being set up, I tune out and am readying myself to leave. If we’re coming to a space together, presenting ourselves to an audience, then let us mutually go someplace we’ve never been before. Theatre is a vehicle for community invested ideas: so don’t just tell me a story—I hear those all the time—change my rhythm, wake me up, startle me, make me angry, confused, and definitely make me laugh. When all these elements come together, the experience can be transcendent and I grow because I’ve gone through something with others. I am reminded that this is not an isolated experience.

A:  My writing mentor, Ron Willis, always said to me, “Your project is the play. My project is you.” This has stuck with me. So my advice is: find someone who is interested in cultivating your humanity and leaves the work and process for you to discover.