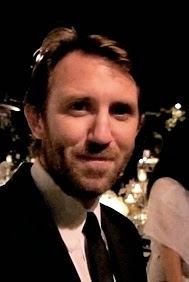 Q:  Tell me about Taste.

A:  Just over a decade ago, I read a news story about two men who met online. One wanted to eat another man, and another responded that he wanted to be eaten. At the time, I was writing only feature films, and Taste just poured out of me, as a real-time, single-location screenplay.

I’d never written anything as easily or as quickly before, nor have I since. I was drinking a lot of gunpowder tea at the time, but I don’t think that explains it.

For the next five years or so, I worked with a wonderful film producer, and we kept ALMOST getting the film made. There was a lot of excitement and a lot of heartache. Last year, my manager Adam Goldworm encouraged me to adapt it to a stage play, which was a pretty modest endeavor. There were some close-ups in the screenplay that required a line of dialogue here and there, but not much else. Perhaps I had written a stage play in the first place.

Stuart Gordon — who has a background in theater and film —got involved as the director, and Sacred Fools came along. Suddenly, I’m a first-time playwright.

A:  I’m writing a miniseries for NBC about Eliot Ness’s time in Cleveland in the 1930s. In my spare time, I'm writing a kids “chapter book” about a boy, his crazy uncle, and the hunt for a lost treasure.

A:  When I was in second grade, in public school, we studied ancient Egypt, and I was obsessed with the glory of the pyramids. At the same time, in Hebrew school, around Passover, we talked about the enslavement of the Jews in Mitzrayim. Sometime in third grade, I was shocked to discover that Egypt and Mitzrayim were actually the same place.

A:  Anything that makes me a little uncomfortable in my seat (aside from the seat itself).