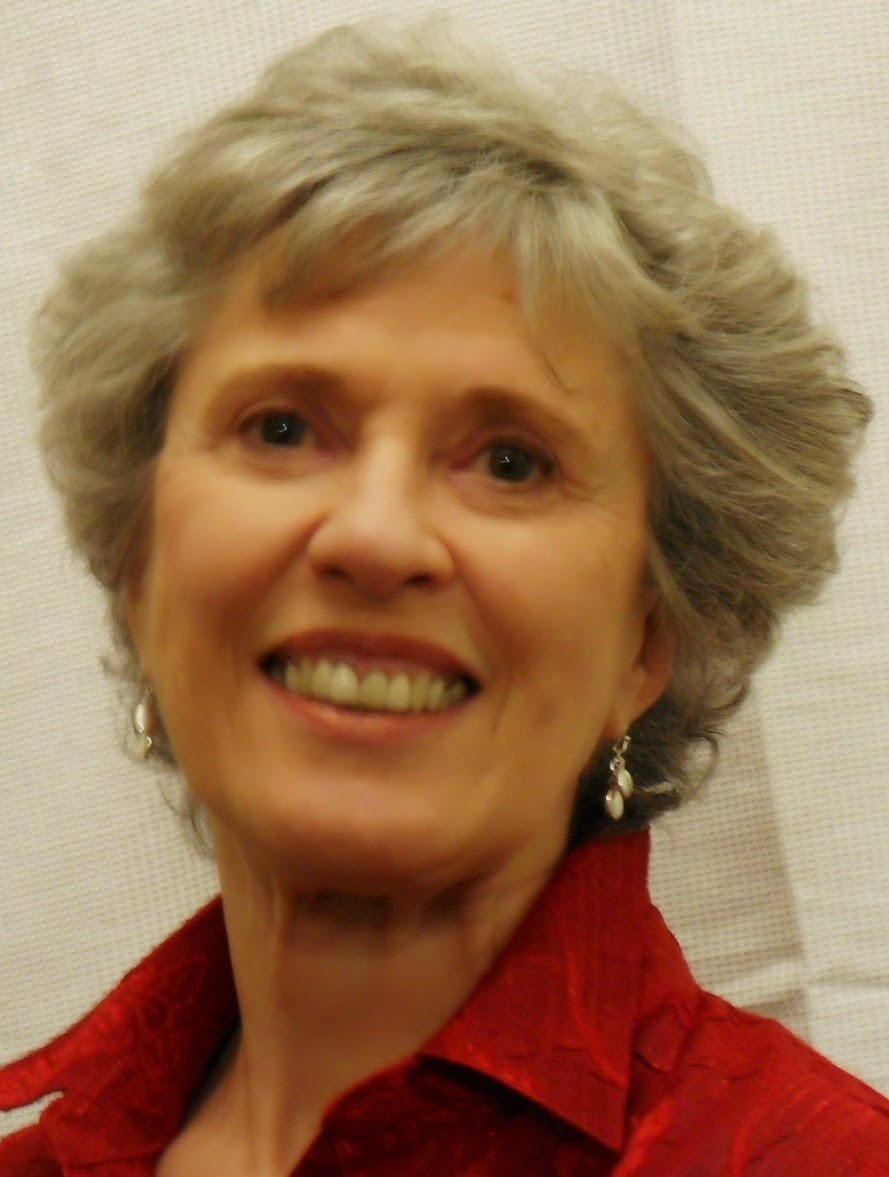 A:  ​​For Articulate Theatre Company's Articulating the Arts, the painting I chose​ was Van Gogh's "Starry Starry Night." My play IN THE BEGINNING... riffs on one of an endless number of stories the painting inspires. It's not ​only one sky over one landscape in one moment. Stare at that Van Gogh sky long enough and your head spins. Inside my spin-cycle head the world whirred back to before the beginning of time. Time as we know it is a human invention, so I was presented with timeless characters on the outer edges of space. Take it from there, Ms. Playwright. Thank you, Mr. Van Gogh. ​

Q:  What else are you working on now?​

A:  In addition to one-act plays and the always tedious task of submitting scripts to potential producers, I'm in the midst of work on a number of full length plays. GENTLY DOWN THE STREAM began as a one-person, one act (LISTEN! THE RIVER) with a run in the Edinburgh Fringe Festival. There are upcoming readings of the now five-actor, full length in September and November with the Town Players of Pittsfield (MA) and in New York (directed by Wendy Peace) under the auspices of the League of Professional Theatre Women. Our guide through the story of GENTLY is a cat. It's a true story about loving, letting go and learning to love again. I'm also very excited to begin rehearsals on LOLA AND THE PLANET OF GLORIOUS DIVERSITY with Marcus Yi as director/choreographer. We'll be collaborating to infuse the poetic play with movement, aiming toward a workshop production in NYC in March. LOLA begins after the world has been devastated by war. A group of young people are all who remain to build a new world. I'm also working with director Bricken Sparacino on EVERYDAY EDNA MAE which was just accepted into the Frigid Festival in NYC after development thanks to Emerging Artists Theatre and my playwriting group Manhattan Oracles. EDNA MAE will be on stage in February. I have just started sending LUST & LIES to potential producers. This play was inspired by the true crime novel "The Murder of Dr. Chapman" by Linda Wolfe (1831, a scandalous murder in rural Pennsylvania). I challenged myself to write a three-character, one setting play and this is it. Finally, right now I'm about to begin draft 2 of MARGIE, a large-cast, all female, wildly imaginative, wacky and funny yet painfully real play that takes a look at body image. Did I say I'm also a writing cohort with America-in-Play? Okay, now I want a nap.

A:  Images from my childhood:​ Mom's gardens, backyard view of Mt. Greylock, riot of autum​n​s​, sparkle of New England winters​, the new Clark Art Institute filled with Impressionists. ​One ​story ​is ​rising to the top. I'm 10. ​A ​July Sunday. My family is visiting friends w​ith a farm in South Williamstown. ​While the parents sit around doing ​boring ​grownup things ​involving beer and ​t​alk​, I'm charged with taking care of my two younger sisters​. ​​​​The kids and I visit the horse​s​ in the meadow. Dodie is horse crazy, so that's all she wants to do. ​I wander ​off​ toward the Green River with Pip padding behind. It's over a hill, not far​. I remember ​looking down a steep bank, ​holding Pip's hand, watching the c​ool water ripple past, imagining how incredible it would feel on my itchy ankles. I settle Pip on a rock with a stick to dig in the dirt, take off my sneakers and ​sweaty ​socks, sit on the bank. I ​swear I ​was just going to ​sit there. ​I​s it my fault the bank turned out to be clay​? Like a seal on a slide, ​I​ sl​ipped down and landed plop in the water​. Oh my God it felt good! But even better was the clay. A whole section of bank was ​gray-​green, slick, perfect clay.​ Much more enticing than the plastic-wrapped stuff in the toy section at Woolworth's. ​It was impossible to climb up the ​slippery ​part of the bank so I ran down river, clambered up, ran back and started digging. Pip was soon helping. Dodie ​heard our ​shrieks and ​came to ​j​oin in. The cold clay yielded before young fingers​ -- squishy heaven! ​I took off my shirt ​a​nd got my sisters to do the same​. We piled as much clay as we could onto our shirts and dragged them over the ​field, circumventing cow patties and horses, ​back to the house. ​I don't remember the looks on the adults' faces when we three appeared, semi-nude, covered in clay, grinning ear-to-ear​. I don't remember what punishment I got as the big sister who let the little ones go near the river. I don't remember what sculptures I made with that ​particular ​clay. But I​ vividly​ remember ​t​he colors of that summer afternoon, the feel ​and smell ​of the clay, and the joy of creating​ ​with it. That was only the first batch of Green River clay for me, ​but it sums up the feeling of many years of ​making art. ​After a career as a fine art printmaker I segued ​in​to playwriting, but those early Berkshire Hills days are embossed on my brain. Color and movement, sound and light are as important as the human characters in my plays.

A:  Thornton Wilder, August Wilson, Caryl Churchill, Mary Zimmerman, Tennessee Williams, The Greeks of course, Naomi Wallace, Annie Baker, Connie Congdon, Looking for Lilith in Louisville (movement!), New Georges (scramble time!), Ping Chong, Elevator Repair Service, Terrell Alvin McCraney and his infusion of rhythm into his words. So many others I'll think of the minute this is over...

Q:  What kind of theater excites you?​

A:  I'm a stickler for structure. Pretty much every good play has, for me, the elements: MDQ, conflict, dramatic action, crisis point, journeys for the characters, etc. So the best of theater -- the plays that excite me -- have basic structure but they're not neat. The bones don't show. They're definitely not boring. They're messy​ and creative. And they're about something that sticks in my mind long after blackout. I love theater that has fun with time, movement, and unfenced space. I love plays that grab my heart, squeeze it, and make it bleed or sing.

​A:  Learn basic structure and don't forget it, but then tuck it away and allow yourself to soar.​

​​A:  Watch for EVERYDAY EDNA MAE in the Frigid Festival and a workshop production of LOLA AND THE PLANET OF GLORIOUS DIVERSITY in early 2015. My play about NY Victorian photographer Alice Austen, ALICE IN BLACK AND WHITE, will be coming to NYC in 2016 with Looking for Lilith Theatre Company. ​I have synopses of all my plays at www.dramamama.net. ​I'm always happy to send a script to producers for consideration.