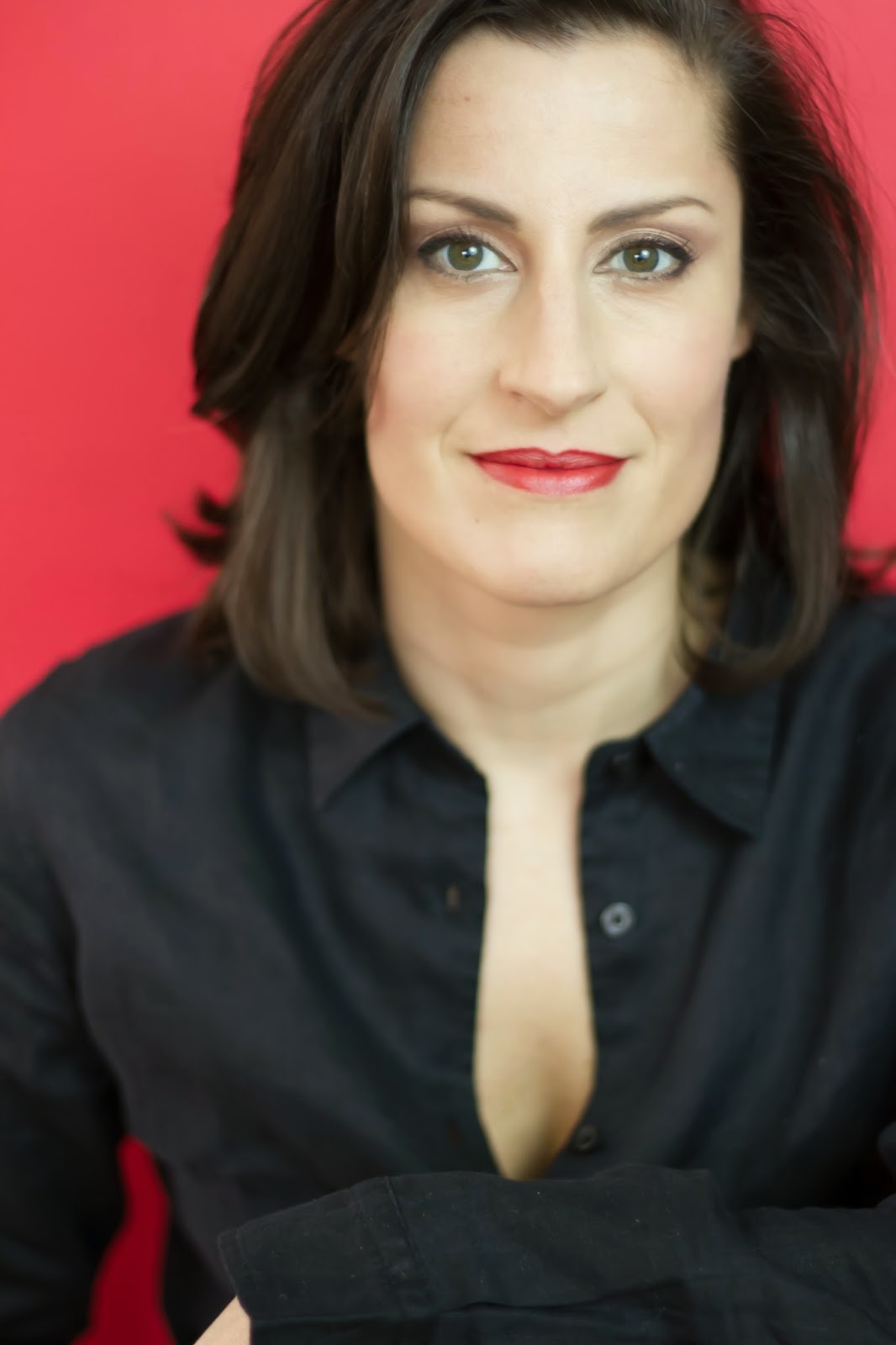 Q:  Tell me about R Culture.

A:  R Culture is a carnival sketch comedy with a Ringmaster and two clowns. It’s a Satire about Our Culture and Rape Culture, where those two things collide. It’s funny and scary. I started the project a year ago and in the last year rape on campus has exploded in the media. It feels like we’ve hit a tipping point where women in particular are fed up with rape. I mean, when a Frat at Yale chants, “No means yes, yes mean anal!” as they walk down the street in a group it’s really a call for us to take a hard look at ourselves. I used comedy because I thought that’s the only way we could get through it. Also, Oscar Wilde said, “If you want to tell people the truth, make them laugh, otherwise they'll kill you.” Considering all the death threats lobbed against FemFrequency’s Anita Sarkeesian for her serious video exposing the misogyny in video games it seems that Wilde was right.

A:  I’m rewriting my Sci-Fi play Biolife for a production at The Chain in their Minor Variations Festival where writers do rewrites and as the title suggests, minor variations on their plays. That also opens in November. I’m working on another Sci-Fi Fantasy play “Atlantis Unearthed”, which deals with the end of the world, mass shootings, a mermaid-fairy cross species, mental illness, and Atlantis coming through another dimension in the floor. I’m also working on a new play called “The Box”, an intergenerational two hander about money, class, marriage and hypocrisy.

A:  I’m going to start in high school, but then transition back to childhood because they’re related in this story. I was going to Rocky Horror picture show for the first time and I was about seventeen. I was a definitely the kind of kid in high school who floated. I was a floater. I mean, I was a goth kid and I was in swing choir. I was in theater productions and I was a cheerleader. Most of my friends didn’t like each other, but I liked them. That was weird… but anyway as I was getting ready to go to Rocky Horror Picture Show for the first time I was getting dressed and trying to figure out what to wear. If you’ve been to Rocky Horror you know that people go dressed as the characters. Because I was a Rocky Virgin my friend was explaining to me that I needed to pick a character. She was telling me about the different characters and suddenly a light went off in my mind. I went up to my mom and said, “Hey mom, can I borrow that French Maid’s outfit of yours?” and she got this really shocked look on her face and said, “What French Maid’s outfit?” So I said, “The one in your special lingerie drawer.” She asked, “How do you know about that?” And I said, “Because when I used to play dress up in your clothes when I was little I used always play dress up with the stuff in that drawer. ” Okay, so that’s a story that tells you a bit about me as a kid and a lot about me as a writer…

A:  It’s really hard to say because the writers who were my heroes are now human beings to me. This isn’t to say that I don’t still see myself as influenced by having read them and deeply inspired by them, but Maria Irene Fornes who was a hero to me is indeed a human being. She lives in a special care situation on the upper west side. I contributed some small effort along with many other people to see to it that she went from a bad living situation where she almost died due to lack of care into a place where she has a much better quality of life. She’s still a literary giant, but she’s so very human to me now. The same is true of the others, Sarah Ruhl who I met and got to do a workshop with while I was interning at New Dramatists years ago, Sheila Callaghan who I quasi met via the Kilroys all of whom I deeply admire. They are all heroes to me, but they’re also flesh and blood people.

A:  I love work that keeps me awake. I’m not being sarcastic at all. As a playwright with a full time day job trying squeeze in time to write and running my theater company, New York Madness, most of my days are between 15-17 hours long. I like work that has big stakes, that moves a good pace, that has characters I either make me laugh or I love or I hate and ideally a mixture of all of them. I like really smart and fun plays that keep me on the edge of my seat.

A:  Work hard and care about excellence.

A:  RCulture opens November 7th at IRT Theatre and my sci-fi play Biolife opens on Nov 14th at The Chain! Also, I’ll be doing the One Minute Play Fest at INTAR this month on the 22nd and 23rd!

The competency of our essay writers is the additional reason the student should seek our religion Term Paper Writing Help services as we stand to guarantee them a good grade. Our company has always ensured that it recruits the most qualified and experienced writers in the industry to ensure we offer the best Buy Custom College Papers Online to our clients.