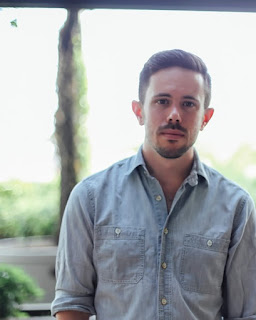 Q:  Tell me about The Parsnip Ship.

A:  Another playwright and theater artist, Iyvon Edebiri, and I are in the process of launching a podcast of radioplays. We wanted to create opportunities for playwrights to share works that are adaptable to an audio format. So far we’ve had a really strong response from a lot of amazing playwrights (our first episode is José Rivera’s School of the Americas… !!) and have been setting up recordings all over the place. Part of the project is to get out of the New York sphere of influence in order to meet artists and theater-goes in their own towns, recording plays that speak to experiences around the world. Our first two recordings are this Saturday in New York, and this Sunday in Boston, and from there we’ll be recording episodes across the country and abroad. The first episodes will be launched in July on iTunes and theparsnipship.org.

A:  In addition to two producing projects (a screenplay by novelist Corinne Browne, and a queered Frankenstein play being devised by Randolph Curtis Rand), I’m in the midst of writing two plays. One's called Twelve at the Fields which is set in the near future about an artificially intelligent being who is created for a specific role in a Broadway pop-opera, and chronicles their life ~40 years after the show’s run. Having been built for one specific role in a show which is no longer running, the being deals with feelings of obsoleteness, the Other, and immortality. I’m also working on a play for virtual reality about the history of homophobia in suburban white America.

A:  I got in trouble a lot in school; I was a baby agitator-in-training. My high school used to have detentions on Saturday mornings in order to punish you by making you go to school on a weekend. I went to a lot of these “Saturday schools” wherein you were only allowed to read or write to pass the time. A student would get an hour for each infraction that they had made and by the time I was about to graduate, I was spending 3-4 hours in these detentions every week. I used them to write a zine that I would then distribute the following week around the school (the zine itself almost got me expelled) but when I wasn’t writing I would stare at the clock thinking. I wouldn’t really pay attention to the time, just stare to make sure that it was indeed still passing, as if the alternative were time stopping in mid-detention and me being stuck there for all eternity. Luckily, time went on, and I finished them. I still find myself to this day, in a long meeting or waiting for a bus, thinking, “If I can sit through 4 hours of Saturday school, I can certainly sit through this little something”.

I don’t know if that was a very good story, but I suppose the moral is practicing patience which I think is very important for playwrights. It can take years for something you write to get onto a stage, if ever. So we practice patience, and use the time we’re biding to generate new work.

A:  Accessibility. I’m really interested in how technology interacts with our consumption of experiences, particularly visual and interactive experiences such as immersive theater, video games, and cosplay. I think that as our society grows increasingly screen based there will be a resurgence in thirst for live performance that things like the Met Opera’s 'Live in HD' telecasts won’t slake. These screen-raised generations, myself included, are narcissists. We don’t want to sit in a seat and be told someone else’s story, we want to be that someone else, with agency, and to explore the story ourselves as seen in the rise of RPGs, et al. What this means in terms of media is exciting to me; I’d love to see people able to log on to a play from home using virtual reality goggles and get to see the show from the character’s perspective. Imagine your audience members are all Hedda Gabler rather than people watching Hedda Gabler, and convincing them to off themselves at the end. What does this mean in terms of the storyteller (be they playwright, director, actor, designer, or engineer) and the journey they’re intending for their audience/voyeurs?

Podcasting is another medium I think we’re just beginning to explore for theater, and which Iyvon and I are attempting to explore further. Yes, the performance has to be live and there has to be an audience, but we wonder if the room can be blown up into a larger digital conversation, and if that larger conversation can support new financial models for creating new work.

A:  Anything that makes me think or see in a way I’ve never seen or thought before; things that break boundaries, especially if they’re boundaries I didn’t know I was conforming to; dirty, messy, happenstance stages; gnomes, faeries, unicorns; talking staplers, holes in the ground that have feelings, silences that have desires, flowers that have no meaning; language play, language destruction, language generation, language in general; love, hate, sorrow, joy, boredom, loss, love; more love; more talking staplers; the truth, whatever the f*** that means.

A:  Write, and try to remember that your survival job is just your survival job. Your real job is to write. A great poet once said to me that, “It’s your full time job to apply, and someone else’s full time job to reject you.” which is brutally honest and pretty much true. You have to keep showing up, even if that means showing up to build your own damn stage to put your show on (throwing patience to the wind), you just have to keep doing it.

A:  theparsnipship.org; my friend’s company that is doing an awesome immersive take on Brecht’s Rise and Fall of the City of Mahagonny: http://www.breadartscollective.com; and my survival job writing grants and crowd-sourcing for theater with Surala Consulting: www.suralaconsulting.com.