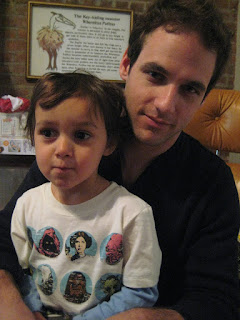 Hometown:   I grew up in a little neighborhood (South Broadview) within a slightly bigger town (Newburgh) on the out skirts of a decent –sized city (Evansville) in Southern Indiana, along the banks of the Ohio River. It was a neighborhood that sprung up instantaneously in the eighties, a sort of middle class refuge for baby boomers. Subdivisions, cul-de-sacs, green lawns, lots of gray pavement—we rode our bikes everywhere. By the nineties all of the newborns had grown to teenagers, the local cinema had converted into a Christian church, and at night we snuck out as our parents slept. There was a secret labyrinth of backyards you could cut through, winding paths between the alleys created by residential fences, often no wider than a thirteen year old’s shoulders. Here, we would run into other gangs and stalemate; we’d either threaten to fight one another (all our parents played bridge together or coached Little League) or we’d join forces in the name of vandalism. We shared cigarettes and video games, some of us started bands, we did drugs... We were not great kids. Or maybe we were.

Current Town:  It’s me, my wife, and our two daughters, and we’ve got our fingertips embedded in Carroll Gardens. We stumbled upon a sympathetic landlord who lives in and owns the brownstone she rents. Herself, her mother, and her brothers live above us, and have since the 70’s. It’s charming, it could be a play. We have a communal garden we share with our Australian/French neighbors who live below us, and our children all play together. We BBQ. We have a small plastic pool. At night, we’re considerate of the noise we make.

Our situation is emblematic of what’s happening in a lot of Brooklyn neighborhoods. The brownstone itself is worth a couple million, but shared amongst our landlord’s large family. They’re as blue-collar as we are (that’s low-low middle class by New York standards). She could sell and be rich, but then she would no longer be able to afford the neighborhood she grew up in. In some ways like us, she’s barely holding on.

Q:  Tell me about your play coming up this fall:

A:  It’s called IN THE ROOM, and it’s about a playwriting workshop, the students and their teacher, the plays each of them are writing, and the purgatorial nature of creation within an amateur workshop structure.

We’re doing an environmental production in a rehearsal room in October at Alchemical Theater Lab. We’ve embraced the limitations of that space, and are using those limitations to emerge our audience within the New York playwriting workshop and theater scene. We’re putting our audience literally in the room with our writers.

I spent so many years taking playwriting workshop classes from teachers like Brooke Berman, Padraic Lillis, Julian Sheppard, Winter Miller, Primary Stages ESPA etc., and I want to represent and honor those experiences, and the processes of the writers I’ve witnessed week after week putting their hearts on the line. They’re creating art that not perfect, that’s constantly evolving, that lives within the potential of its audience’s imagination, and most likely, it will not exist beyond the workshop.

A:  I’m at that awesome point in-between plays where I’m not sure what I’m going to start next. I have a back-catalog of ideas and I’m waiting to see if one will rise. A play about cave divers trying to unearth the body of a lost friend? An art therapist who starts a band with his patients? A long distance romance made close distance through the use of VR? The best time to write a play is while rehearsing something else.

Q:  Tell me, if you will, a story that explains who you are as a writer or as a person:

A:  I thought I wanted to kill myself one night during my Freshman year of college. I had learned that my two closest friends had slept with each other, and it seemed like a good idea to hitchhike to the nearby bridge that connected Indiana to Kentucky and—Idon’tknow—jump off?

I took a CD player and some headphones and walked the highway towards the bridge. It wasn’t long before a burgundy Buick Regal pulled up along the shoulder; I didn’t have my thumb out or anything he just stopped, and not exactly knowing why, I got in.

He was an over-weight man in his mid-thirties, shy with eye-contact, but willing to take me as far as Owensboro, which was where he was heading. I told him the Exxon gas station right before the embankment would be fine, I was just meeting some friends. There was Neil Young on the radio and we didn’t talk much during the short drive.

When we got to the Exxon it was closed, but the man shy with eye-contact said he would sit with me until my friends arrived. We sat there in silence for a while with nothing but the dashboard lights. And then we talked.

I told him about my friends coming together, and about how apart it made me feel, how I was going to this school to be an actor, but I wasn’t being cast, and was worried I’d never be seen how I wanted to be seen. I told him I was considering jumping off that bridge over there.

He told me he was gay, and when he had told his parents they had disowned him. He hadn’t talked to them in over a year. He told me he’d tried to kill himself with Aspirin, but unsuccessfully and now had liver complications. He made this drive from Owensborough over the bridge into Evansville every day to work his job as a manager for TCBY.

After a while it was obvious my friends weren’t coming. We were parked behind the Exxon, away from view of the bridge or any police cruisers that might roll up. When I looked down I realized we were holding hands.

He told me he wouldn’t stop me if I really wanted to kill myself, but he suggested I give it some time, to see how things worked out, to forgive my friends, to keep trying to be an actor, and always try to get seen how I wanted to be seen.

I told him to be patient with his parents. And that I would stop by TCBY sometime, maybe. I wished there was more I could’ve done for him.

I got out of his car, said good bye, and he drove over the bridge. I walked in the opposite direction, following the highway back to my dorm room, excited by this encounter, wanting to write it down, unsure to how dramatize everything that was unspoken between us.

If we give our opportunities only to those who can financially afford them, we’re shutting out a huge section of society that deserves to be heard. Show me the thirty-five year-old mother of two who’s just been accepted into grad school for playwriting. Tell me how the quiet young girl from Bushwick without a college degree gets her play heard?

More health insurance, more sustainable wages. We have a deluge of plays about single, young people, being written by wonderful yet childless playwrights because supporting a family as a playwright is nearly impossible (unless you’re married to a doctor or lawyer). This greatly affects the type of plays being written and produced. Overall, theater these days can often feel juvenile and cursory.

A:  The first play I loved was Getting Out by Marsha Norman. It was set only an hour away from where I grew up, and redefined what theatre could be to me. Later, Adam Rapp, particularly the one’s with stage design by David Korins. Blackbird, the whole production, was highly influential. In my head, my plays always have a David Korins designed set.

Lately? The playwrights in the workshops. The writers working their day jobs. They might not even be that skilled, but they’re there. They’re writing, creating something, not just talking about it, and that’s heroic to me.

A:  For the most part it can be anything. When the lights go down, no matter the production or playwright, big or small, I’m always rooting for you with a smile on my face. It’s hard for me to dislike a piece theater. Don’t we realize it’s all just opinion and personal taste and perspective? I always see the creators’ hopes and dreams in their plays. I wouldn’t look you in the eye and tell you that’s bullshit.

A:  Stop thinking you’re going to make money at it. But start thinking about the type of life you want to live to support the life you someday hope to have. Do you want to write plays and be a waiter for eleven years? (Or longer, god knows…) Would you rather be a Stage Manager and write plays? Or a Technical Director? Or a Literary Manager? How can you position yourself to be exposed to theater through the potentially long process it’ll take for you to achieve the life you someday hope to have? Don’t worry about the plays. If you’re a playwright, you’ll write them.

Lindsay Joy’s short The Cleaners is part of Samuel French’s upcoming OOB Festival. (It’s about a body disposal company, and two people falling in love amidst the limbs and gore.)

Anything Amanda Keating is writing for EST Youngblood brunches. (EST Youngblood is one of the best places for young playwrights. If you’re under 30 and live in NY, this should be what you aim for.)

You can read all my plays there. xxoo