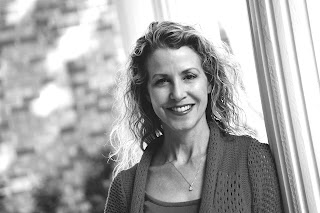 Hometown: Born and raised in Anaheim, California, then Orange County. How I turned out so blue is a mystery to my family.

Q:  Tell me about Not Medea.

A:  With NOT MEDEA, I thought I was writing a solo riff on the Medea myth, but as the story took shape it also took on a life of its own and before long two other characters barged onstage and I just said okay, where are we going? That neatly parallels the audience’s experience of the play, and in fact the characters themselves are never certain what direction things are headed in, everybody goes on this ride! If we do our work, the play is visceral and dangerous and compelling — and funny. Courtney Sale, my wonderful director for the CATF production, is, along with some marvelous designers, creating a truly intimate, dynamic world, and our actors (Joey Parsons, Ben Chase, Rachel Balcanoff) are remarkable. I’m so in love.

A:  I used to work on one play at a time; then a few years back I got stuck on this play I was wrestling with, looked out the window of my office, and just started writing about the commotion going on in the next-door neighbor’s yard. The resulting play — my distraction play I call it, turned out great. And when I went back to the original play I realized it was a one act and it was done! So now I work on several plays simultaneously, for sanity’s sake.

MOTHERLAND -- a dark comedy inspired by MOTHER COURAGE, set in a food truck in a diverse section of a large city during the War on Poverty, which I’ve developed at Lower Depth Theatre Ensemble in L.A. and Theatre Lab@FAU in Florida.

WILD HORSES, a one-woman stampede for a kickass actress of a certain age about family, sexuality, independence, and finding your place in a complicated world.

SIX MITFORDS, a play in letters about the infamous British sisters who shook the 20th Century by its ankles, who wittily sparred and clashed over their passionate political ideologies between the world wars. I’m finding troubling similarities between many of their fascist/nazi diatribes and the mouthings of one of our current presidential candidates...

A:  When I was a kid growing up in a relatively rural area I would hang out in the corral with the animals (pigs, sheep, goats, horses) on the 4th of July, when everyone else was out setting off cherry bombs and m-8o’s. It wasn’t that I didn’t like a good bang, I just wanted to give the animals some assurance. See, they spoke to me, or anyway I understood something. I think the impulse to identify with the disenfranchised, whether that’s a wolf, a runaway Asian-American boy, a scrappy inner-city family, a stoned thirteen-year old girl, or a delusional Goodwill employee — all of whom have appeared in my plays — that impulse was in me from the start. Once I understood that I could harness it and use my powers for good, well, hello playwriting.

A:  The thing theater does better than any other medium is magic. And time. Because it’s always the present onstage and we’re all Right there in the same moment that the thing, the magic, is happening. We’re all present as witness, so more magical moments please. More falling in love and flashes of insight and lavish generosity and sudden poverty and immediate rioting. And music. More music.

A:  First and foremost, Steven Dietz. The kindest, most generous, inventive, and hardest working playwright in the American theatre.  The fact that he’s my husband is wholly irrelevant.

A:  Be generous. Replace judgement with curiosity. Learn the language of other theatre artists (designers, directors, technicians). Be more generous. Make yourself useful. Be kind. Ask many stupid questions. Invest in real estate. Love what you do and be willing to share it. Make more cuts than you think you need to make. Keep being generous.

JUNIE B. IS NOT A CROOK
(based on the popular children’s series by Barbara Park):
Premieres at Childsplay, Inc. November, followed by productions at
Dallas Children’s Theatre, First Stage Milwaukee,
Children’s Theatre of Charlotte, and Adventure Theatre