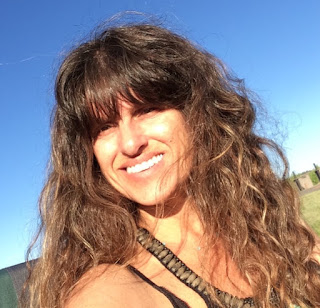 A:  I’m currently in rehearsal for LOVE ALL, which ironically was my attempt at realism that turned into a memory play. It’s a brand new piece about a writer trying to come to terms with a family secret. I’m loving rehearsal because there’s lots of action in the piece, including a father-son tennis match and a mother who loses herself in playing cello, so we’re all getting to play with my favorite stringed instruments.

A:  I’m developing RELIC with director Evan Pappas and actor David Perlman. It’s a solo comedy with 30-plus characters about an unemployed actor who finds one of the world’s most cherished religious relics in his grandmother’s attic. The relic brings him fame and fortune, but, of course, his life with the relic is not what he imagined. Next step is to get into a rehearsal room.

A:  I was the editor of my high school newspaper in the 1970s in northern Virginia, just outside of DC, where my dad worked in the Pentagon. The newspaper received an advertisement from an LGBT bookstore in DC, and the advisor said we couldn’t publish it because it would encourage kids to make poor lifestyle choices. I launched a protest, appealed to the school board and was featured in the Washington Post. The irony is that I lost my appeal, the ad was never published, my father punished me for making trouble, and my brother turned out to be gay. I don’t always succeed, but I keep following my heart.

A:  I’d get rid of labels that divide us and our work into arbitrary categories. Theatre-makers should be encouraged make art that crosses boundaries of comedy, drama, musical, film, dance, performance art, etc. and simply tells compelling stories that matter.

A:  I’m attracted to theatre that is political and poetic, so I guess my influences would include the Greeks, Brecht, Lorca, Tennessee Williams, Doug Wright, Caryl Churchill, Marina Carr, Timberlake Wertenbaker, Suzan-Lori Parks and Sarah Ruhl.

A:  I recently saw Paula Vogel’s INDECENT directed by Rebecca Taichman at the Vineyard Theatre, which was the most powerful storytelling I’ve ever seen combined with the most moving, beautiful, and stunning directing I’ve ever seen. With live music, movement, metaphor, story, imagery, intensity, intellectual prowess and raw emotion, it lived up to the full potential of live theatre, and that excites me. Everyone in the theatre felt it – there wasn’t a dry eye in the house.

A:  Write with imagination. Write every day. Write to inspire. Write big. Write what matters. Write like your life depends on it.

A:  I just finished a young adult novel, so I need an agent for that. And my favorite play, ONE FOOT, is still available for a professional premiere. Check out my work on the New Play Exchange (https://newplayexchange.org/users/1031/lojo-simon) and on my website www.lojosimon.com