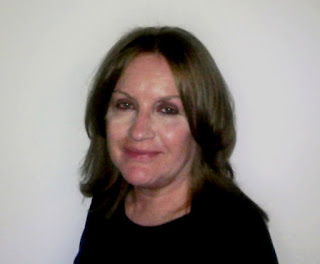 A:  I wrote Wide Blossoms spontaneously, from anger and frustration having watched people left to die after Hurricane Katrina just because they were poor and black.

Wide Blossoms takes place one evening at a Baton Rouge bar, shortly after Hurricane Katrina. James, a young lawyer drinking perhaps to numb a guilty conscience, is from a biracial family but passes for white. He is about to leave when a mysterious young African American woman appears, disheveled and disoriented. She drops phrases and poems that haunt him. James, why didn’t you bring the boat? Mari asks. He insists that he doesn’t know her. But Mari persists. The storm left her with nothing but the poems of her grandpa who drowned in the flooding waters. As the bar nears closing time, James learns that the grandfather he never knew perished in the storm, because he did nothing to rescue him. Mari forces him to come out of denial, face the past, and take a first step at looking after someone other than himself. This night, James gets a second chance at redemption.

A:  I wrote a prequel to Wide Blossoms, a full length play called American Flamingos, that takes place that same night in the bar with the young lawyer and the bartender and other characters who come and go. It is about the state of America in the 2000s and deals with other issues. I want to see American Flamingos through to production. I also recently wrote a full length play, a family drama called Comfort Zones, that I hope will take the steps towards a production. I’ve written several screenplays that I am pitching. I sold a script last year to a producer who is working on getting the financing. And I wrote a pilot for a TV crime series that is in development.

A:  I lived in Paris and Geneva in my teens and twenties, what I call my formative years because it influenced my thinking. Being bilingual with French, having international friends, traveling extensively as a child opened the world to me. French films influenced the way I write my character driven screenplays, the ones dearest to me. And going to London every year when I was a kid, seeing theater there with the great actors of the time made me want to be an actor.

I was an actor first. I’d never thought of myself as a writer, never dreamed of doing anything but acting. One day, a postcard addressed to someone else was delivered by mistake to my mailbox. I think it was from the IFP. It advertised a screenwriting workshop. It hit me like a mysterious message from a Higher Power. I didn’t take the course, but I wrote a screenplay and realized that writing was my true calling.

A:  I’d want to see real, lifelike behavior onstage, pardon the expression but acting like in a film, a return to the level of Brando and his generation. It’s unfair to lay this on contemporary American theater as a whole because I’ve seen some wonderful productions in the past few years. But there is also a lot of sitcom acting on stage, cue to cue, without actors listening and reacting to each other truthfully.

A:  Theater that moves me because the characters, no matter the setting and circumstances of the play, experience life just like you and me. I think there is also a need for American contemporary theater to tackle cultural/social/political issues because there is no other popular art forum that has the freedom to be courageous.