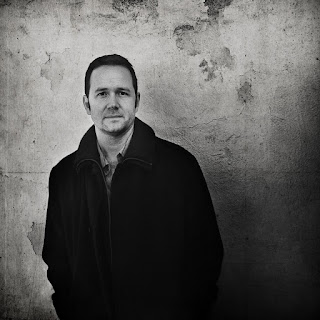 Hometown: Born in Minneapolis but grew up in Denver

Q:  Tell me about The Woman Who Was Me:

A:  The poet, Rumi, says, “There is a kiss we want with our whole lives.” Well, this is a one-woman show about the effects (both good and bad) of getting that kiss. The main character, Lanie, is sleepwalking through life when a stranger kisses her on her way home from work one night. That kiss changes her understanding of who she is in profound ways. The play follows Lanie as she explores the boundaries of feminine identity society has set for her and that she’s set for herself.

A:  I always have various projects in development so there are a few. First, I’m working with Convergences Theatre Collective on the final touches of a stage adaptation of my second novel, Nahoonkara. The stageplay is set in a Colorado mining town in the 1800’s and pushes the boundaries of theatricality. Second, I recently completed a fairly straightforward comedy-drama that takes place in the waiting room of a mental hospital. That play is called The Rules of the Game and questions not only the rules of our failing health care system and the rules we follow in determining who is “sane” or “crazy,” but also the rules—both imagined and real—that determine the responsibility we share in our interactions with one another in a civil society. Finally, I’ve written the first draft of a musical entitled At Night in Crumbling Voices. It’s inspired by the 50’s B movie The Mole People and takes camp to a whole new level as the mole people sing siren songs to the people in a small Ohio town, leading them to adventures beneath the earth.

A:  That’s a fun question! For a large part of my childhood I really believed I could fly. I thought if I could only run fast enough, I would take off. I had a recurring dream of this for many years, but the dream seeped into my waking life, and I carried that belief around with me for a long time. I think that belief in flight makes a great metaphor for the magic and wonder that is always part of my writing. Even in a drama as intense as The Woman Who Was Me, there exists the wondrous possibility for magic, for transformation, as she metaphorically turns into a tree. Nahoonkara is full of magic as the mountain town is buried in a snow that never stops, and the people tunnel through town, eventually creating a sort of ant-like society…..and then of course, there’s the magic and strangeness of the mole people musical!

A:  I would take money out of the equation. Of course, if I could change one thing about society, it would be the same thing. Capitalism corrupts. Everything it touches. And it has corrupted American theatre. I understand the reasons why. It’s difficult for theatres to make it, so they have to choose the plays that will appeal to a wide audience and make enough money to sustain them. But too often this means another performance of Carousel or worse! Imagine what might happen if every theatre in America was given a grant to produce one show a year where they didn’t have to worry about having a box office hit. Imagine the willingness to take risks that would inspire! Theatres would be free to produce plays that dare to be different, that dare to speak to more transgressive or difficult aspects of the human experience—as opposed to what we have now, which for the most part seems a pale imitation of TV, i.e. plays that make us comfortable.

A:  So many. Shakespeare of course. He taught me so much about plot and language and complex, conflicted characters. Beckett, who is, for me, the greatest playwright of the twentieth century. And Edward Albee who is a close second. But also Harold Pinter and Sam Shepard and Arthur Miller. When I think of the theatrical experiences that have shaped me, I have to also include seeing Chekhov’s Cherry Orchard and Three Sisters, Lanford Wilson’s The Rimers of Eldritch, and Wilder’s Our Town.

A;  Getting a play produced is in many ways harder than getting a book published. I know. I’ve done both. So don’t despair. Don’t give up. Keep reading plays. Keep going to theatres. Keep writing and sending your work out. And remember, 10 minute plays are a good way to get your foot in the door. There are many, many festivals for shorter plays. They don’t cost as much, and theatres are more willing to take chances on unknown playwrights when they’re put together for a night of short plays.