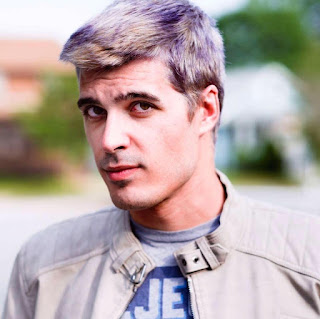 A:   I'm working on a play made up of letters to tragic heroines on their wedding day(s).

Q:  Tell me, if you will, a story from your childhood that explains who  you are as a writer or as a person.

A:  This sounds like an exaggeration, but it's absolutely true--The first and only time I can ever remember receiving real praise as a child was when I played Mr. Owl in my third grade production of "Bambi." I remember thinking "Oh okay, so I should just do this forever" and that's what I did.

A:  I'd love to make it less academic. I think theater is so focused right now on what degree you have and from what school and how that plays into networking and getting work produced, and I just find the entire thing very scary. I'm worried that our next great playwright may be some kid working at a gas station, who can't get an MFA, but who still has something important to express. I'm worried that we're scaring away a lot of important voices by making higher education a mandatory part of participating in the community.

A:  Anyone who works constantly is my hero. I know it's trendy to talk about "taking a break" and "focusing on yourself" but as soon as I hear that, I lose a little respect for somebody. I can't help it. I'm a workhorse, and I'm inspired by other workhorses. There's this myth that if you put out a lot of work, it can't be very good, and I think there are playwrights out there whose work shows what a falsehood that is. Right now, I'm totally on a Samuel Hunter kick. To see somebody put out that much amazing work in such a short amount of time is amazing to me.

A:  Right now I'm driven to create and see theater that really feels like an event. I know everybody uses that term now, but I'm really thinking about plays that make people want to drop everything and show up at the theater. I'm very interested in immersive theater and plays that find unique ways of including the audience in the story. We live in a culture where more and more people want to be involved in what they're seeing instead of just sitting back and watching. That frustrates me sometimes, because it would certainly be much easier to make plays for people who just want to take in a good show, but the reality is we're living in a Youtube culture, and it's only going to get harder to find people who'd rather be in the audience than onstage. I enjoy watching theater that tackles that problem head on by changing the definition of audience and creator. I think that's going to be the major problem all theaters have to grapple with if we want to survive.

A:  Forget about outlining. I was always told to outline, and yes, maybe it helps some people, but I hated it. It honestly put me off writing for a long time, because I didn't want to sit down and do an outline. When I finally just wrote something without outlining and realized that I didn't need to do it in order to wind up with a play, it was liberating. Ultimately, there are no hard and fast rules. There are things that work for you, and things that don't. Tips and tricks are always nice, but always seek out a process that works for you as an individual.

A:  I like a really fine point black pen and a five-subject notebook. I need lots of space when I'm free writing. On a computer, I love Arial Narrow. I usually overwrite so I need a really thin font so I'm not overwhelmed by how much insanity pours out of my brain.

A:  http://www.epictheatreri.org/ Check it out--and Buckle Up.