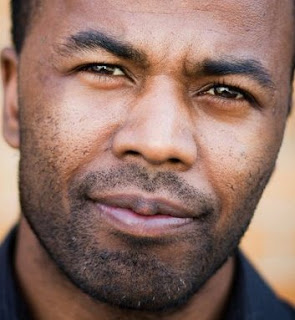 A:  Surreal & absurdist play about a society that murders people for breaking morality laws on the day a revolution begins. It is an all female cast and each woman is of a different ethnicity. There are so many insanely underutilized actresses that I want to create a world that asks these actresses to tackle the kinds of roles that are generally written for dudes.

A:  Years ago, I got an email from my preschool teacher who fondly recalls my obsession with getting the other kids to put on the Wiz after I saw it on Broadway. It seems I failed miserably and threw plenty of discouraged temper tantrums. I ran a student theater troupe at Stanford but we never did the Wiz. And I threw no tantrums. If anyone says I did, I'm fairly confident there's no proof.

A:  I would make it way cheaper to mount shows and cheaper to attend Theater so the experience of seeing a show could be accessible to the masses. In this Utopian society, I could cry out "lets make something new!" And all the kids who never get called off the bench dive in and after a few months of rehearsal, we open to massive crowds because theater is as accessible as McDonalds...in this Utopian society.

A:  Honestly they're mostly teachers who were and are deeply invested in sharing their infectious love for the theater: My High School drama teacher, Barbara Herzberg, Stanford's Patricia Ryan & Judith Dolan, USC's Nina Foch, and Darrell Larson & Oscar Machado from my time at Columbia.

A:  Theater that cracks my mind open and makes my jaw drop with perspectives and ideas that changed the way I saw something - anything. I could count on 2 hands the times that has happened. The most recent was Small Mouth Sounds at Ars Nova.

A:  Nobody knows anything, so beware of advice. Mine whatever is inside you and don't worry about commercial viability or pleasing anyone but yourself - that's ultimately what people will be drawn to.

A:  I used to go for simple leather journals & black ball point pens, but lately I'm digging the Pokemon journals.

A:   Garamond or Caviar Dreams.