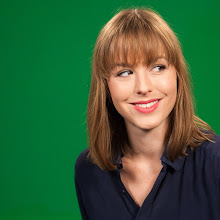 A: I’m about to start rehearsals for my new play SEPH, going up at the Araca Project in October. It’s about growing up on the crack between life and death and how to become a goddess in a broken world. I’m excited that this version will bring together some of the brilliant NYC and Nashville collaborators I’ve been working with.

I’m also writing a pilot about whether it’s cool to fix an oppressive society by helping a bloodthirsty countess become queen and a play about a recently divorced nanny who moonlights as “The Most Assassinated Woman in San Francisco.”

A:  My mom is a musician and minister, and my dad is an evangelical surgeon who paints. They divorced when I was 2, so I spent half my childhood in hospital waiting rooms, at Jesus camps, in woods, and the other half in the back row of strangers’ funerals, on suburban rooftops, and smuggled into bars. I paid attention.

That’s not really a story. Um. OK -- one time, my mom took a picture of me totally embodying the Virgin Mary while cradling a baby rabbit, which, we discovered, happened to be having a heart attack. She got a full Victorian funeral. I still have the lock of hair.

A:  Shakespeare at first and forever. But then – shit – OK: Caryl Churchill, Sarah Ruhl, Rajiv Joseph, Paula Vogel, Tina Howe, Wendy Hammond, Nate Eppler, all actors, all musicians, all puppeteers, don’t even get me started on designers

A:  The kind with blood in it.

A:  The play you’re writing now is really about the play you’ll write in three years. Make this one, then make that one. But love them both all the way.

A:   I’m all about the composition books and any smooth pen I can smell. But also, have you heard the good news about Frixion?