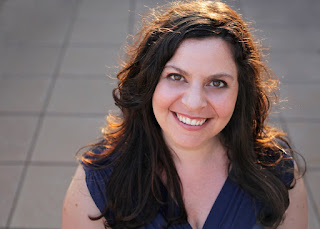 Hometown: All over Massachusetts

A:  When I was about six or seven I wrote a short story that I thought was very intense and serious. And I remember all of the adults reading it and laughing and talking about how it was so great because it was so funny. And I was totally confused. And frustrated. And a little bit disappointed. Because in my head very dramatic high stakes things were happening in this short story. I don't think too much about what is funny when I'm writing. Whenever I try to write a joke it usually fails horribly. Because regular people don't often speak in well crafted jokes - and so I think the writing immediately shows itself. I often find that the parts of my plays that people find the funniest - are the moments of heightened anger or frustration or almost unbearable awkwardness.

A:  The ability to have more inclusive audiences. I go to see theater and it's often the same mix of subscribers and theater industry people. I was working in a nursing home once and I kept thinking. Wouldn't it be so great to bring pieces of currently running plays to the elderly since a lot of them never get out anymore. I also used to teach teens and I tried to bring them to plays with me as much as I could. Theater is such a wonderful thing. And there should be more ways to make it accessible to more people.

Q:  What are some of your favorite theatrical moments or performances?

A:  I love plays where the writer is risking something personal to tell the story. That doesn't necessarily mean autobiographical. I think the plays that writers want to hide away from view are the plays that desperately need to be seen. Sometimes the more personal something gets it eventually turns a corner into being universal. People talk a lot about actors leaving their hearts on the stage - but I think writers do it too. When a writer leaves their heart on the stage - the feeling in the theater is palpable. It's the most beautiful thing to be in the audience when that happens.

A:  Oh gosh read everything. Read so many plays. Read anything you can find at the library. Ask lots of different people what their ten favorite plays are and then read as many of those as you can. Read plays by writers who don't write the kinds of plays you think you like. Get together with your friends and read plays out loud because it's the best. Try to see plays produced that you've read so you can see what was on the page and what wasn't. Get your friends together and put up a play in whatever space you can. If you've never been an actor before - take an acting class so you understand the process of learning lines and making active choices. If you are going to write for actors I think it's so important to experience first hand what it means to bring text to life. And to have empathy and appreciation for what actors do.

A:  I actually write all of my plays longhand. I eventually get to a computer but the first draft is all pen and paper. I used to love classic black and white composition books. When I got older I graduated to the faux leather moleskin with the elastic placekeeper. I like all pens. I switch it up. Sometimes I like a ball point. Sometimes I like a roller ball. Sometimes I like a razor felt tip. I also have a weird and random collection of pens from hotels that wasn't intentional but now it's definitely a thing.

A:  This winter - Nice Girl will be at The Raven Theatre in Chicago directed by Lauren Shouse. And then in the spring my play An Entomologist's Love Story will be at San Francisco Playhouse directed by Giovanna Sardelli.

Thanks for information
Walatra Propolis

Thank you for sharing this interesting article, It was quite informative and looking for more such article from your end. We do have a article on printers. If you have any issue related to printers then you can contact or visit our websites and we will be happy to help you out.
Brother Printer support |Epson printer support

This blog content is very good and helpful, please write more about this kind of blogs.

Our the purpose is to share the reviews about the latest Jackets,Coats and Vests also share the related Movies,Gaming, Casual,Faux Leather and Leather materials available Knight Rider Jacket

It was not first article by this author as I always found him as a talented author. Usmle Step 1 2020

Excellent article. The writing style which you have used in this article is very good and it made the article of better quality. Queen Latifah The Equalizer Outfits

Awesome! Congratulations on a great blog. The Equalizer Jackets and Coats

Mens Sheepskin Coat
So good! This web post provides knowledge, knowledge, good news, and is very useful. Thank you for everything

Thanks for sharing this nice blog. I have read the full blog and it’s really helpful for us.
crocodile dundee vest

A list of sme companies is enhancing ideal CRM software to aid their sales and marketing team to perform every action in an organized manner. CRM provides an effective route for the sales team to keep an eye on the sales cycle to boost the sales operation by generating a fantastic number of potential leads.

Thanks for sharing this information with us looking forward to visit here more. Check this out Glossy Wrinkled Black Jacket available on sale