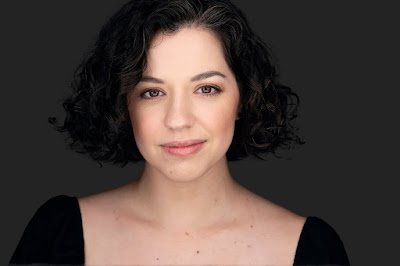 Q:  Tell me about The New Galileos.

A:  The New Galileos is a play about three female climate scientists being held hostage by the government. The play follows Nora Travers, a young marine biologist who published a children's book on climate change, as she finds herself locked in a cell with two renowned climate scientists, glaciologist Elaine Tuck and activist/author Beth Whitney. There is fourth actor along with these characters, who plays important people in each of their lives via flashbacks, as well as a government interrogator later in the play. It explores censorship, the intersection of science and capitalism, and, of course, climate change.

It was originally a short play written for AMiOS Theatre's SHOTZ - a monthly pressure cooker theatrical event that takes place every month at the Kraine Theatre downtown. A writer and director are paired with actors, given a theme and a set of "conditions" that the play must adhere to. I had already been obsessed with climate change and the question "What are we going to do when it's too late?" (which I also explore in my play WALDEN). This SHOTZ was a dystopian themed SHOTZ and the three actors I was given for my piece were all women. The idea that came to me was three scientists trapped together, and they disappear one by one over the course of this seven minute play. Trump pulled out of the Paris Agreement while we were in rehearsals for the short play. The disinformation and denial all felt very potent at the time and continues to. The short play was then chosen by AMiOS to be developed into a full length through their First Draughts program, where four playwrights develop their SHOTZ pieces into full lengths over the course of six months. It was a finalist for the O'Neill in 2019 and was slated to have productions at several schools in 2020, including Caltech, before the pandemic hit. It was also chosen for the Landing Theatre's New American Voices Playwriting Festival, which has been postponed due to the pandemic, so I appreciate the opportunity to talk about it here! You can also read it on NPX.

A:  My play WALDEN will have its world premiere next year at People's Light, and I am currently honing my screenwriting skills working on a pilot.

Lots of ideas for plays in my brain, and I hope to get to work on them soon, but, honestly: I am currently writing this a few days after my bartending job halted, day two of quarantine essentially. I am not working on anything right now. I think we should all be easy on ourselves in this moment. Breathe, listen, maybe journal. But let's not put pressure on ourselves to write "King Lear" - I am letting us all off the hook, okay?

A:  I wrote a novel called "The Lost Dog" between ages seven and eight - it is handwritten, eighty pages, and was clearly a coping mechanism because my family moved across the country during that time. That's still me - prolific and writing through my pain.

A:  That we could make a living doing it and that it could be more affordable and accessible. I believe theater should be funded by the government. I believe everyone involved should be paid more. One thing that I hope comes out of this time is that people value live performance and gathering together more.

A:  Share your work with your friends! I would normally say invite everyone over and buy them pizza and read your play - now I guess figure out a way to do that digitally. Get yourself in a class! Classes provide deadlines, which help me so much. And, read plays! New Play Exchange is a great resource to see what's being written by your peers right now.

A:  You can find me on twitter and instagram @amyrberryman - I'm also on New Play Exchange and my website is www.amy-berryman.com and WALDEN will be at People's Light next year! I'm also interviewed on a wonderful podcast called Beckett's Babies which you should check out!