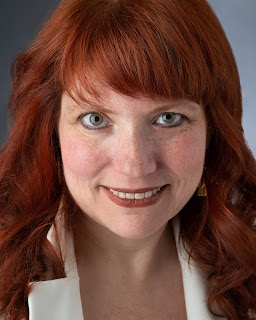 A:  I have the honor of taking part in the Kennedy Center Playwriting Intensive. I am currently writing, and re-writing, scenes as part of the program. It’s all very exciting and challenging.

My play, SOMEWHERE I CAN SCREAM, a true crime drama from the 1920s, was selected for an off-Broadway residency at The Players Theatre in NYC in spring 2020. The play is about the only Olympic gold medal winner to have been executed in the electric chair after being convicted of his lovers’ murder. Based on testimony, I have concluded that Dr. Snook, the accused, was unjustly put to death, a position which would be supported by modern forensics. Thankfully, the play has been rescheduled for production in early 2021. I am in the process of finalizing the script for publication and placement in Bravo’s Bookstore.

During the spring, I was quite pleasantly trapped in Florida due to the lockdown and wrote a 10-minute surreal play titled SHOPPERS PARADISE about grocery shopping at Whole Foods. The play has been picked up for three Zoom theater festivals this summer. It would be cool to turn this play into a web series.

I have completed a draft of ST. MARGARET OF CORTONA, a play about the 13th century Italian saint who is lying in an incorruptible (undecomposed) state in Italy. She led a wild life before taking vows as a nun and miracles have been attributed to her. My play is about her journey. Rewrite—rewrite—rewrite. Looking toward production when theaters reopen.

A:  I wrote my first play when I was five years old. My kindergarten teacher, Mrs. Rice, liked it so much it was performed for the class. In it two characters talked about something funny that happened in my neighborhood. So, inspiration to write for the stage is innate. Growing up, I was not encouraged to be creative, so it took decades to get back to working with my gift, which is how I view my impetus to write for the theater.

A:  I would like to encourage women, especially those starting out in college, to consider careers in theater design and technology. It seems we have gone backwards in those areas in terms of gender balance.

I can’t wait for theaters to open back up! May the pandemic end soon, so we can be healthy and get back to business. I am optimistic. Theater has always come back after a catastrophe.

I would also like to recognize early women of theater whose names and works are largely forgotten, but shaped the course of theater. I presented a lecture about these women at a Statera Conference and at an IUGTE conference (International University Global Theatre Experience) in Austria. Both sessions were attended by university professors who had not heard of many of the women playwrights, such as Hannah Cowley, Mary Pix, and Susanna Centlivre. Some of these playwrights were successful and many presented more realistic plays than those penned by male writers. Their works should be taught alongside plays by men of the seventeenth- and eighteenth-century.

A:  New works. When I read the synopsis of a new play that intrigues me, I am likely to go see it. I enjoy experiencing something unique and inventive.

A:  Invest in your career by getting into the best workshops and development opportunities you can find. Instead of going the MFA route, I chose to get an MS in marketing and communication and an MA in liberal studies/English. Both degrees have helped me immensely in my theatrical career. I also have a business background which has helped me navigate the business of theater. When I decided to seriously pursue a career in theater, I invested in my future by attending writing workshops at the University of Cambridge, the Kenyon Summer Institute, and the Yale Writers’ Workshop, all amazing programs.

Get involved. Writing is a solitary business, but networking and building relationships are key elements to success. I’m a joiner. I have also been active in professional theater organizations, including Ken Davenport’s PRO, Inner Circle, and The Theatermakers Studio, the League of Professional Theatre Women, the Dramatists Guild, and the International Centre for Women Playwrights. Through these associations and by attending conferences I have made great friends and collaborated with colleagues.

Keep writing and stick with it. I have been actively writing plays for eight years and I am still learning and growing as a playwright. I am grateful for the experiences I’ve had and look for new opportunities.

A:  I’m so thrilled to be on The Kilroys List 2020! Hearing my name and play title read by Sandra Oh during the Zoom celebration was the icing on the cake.