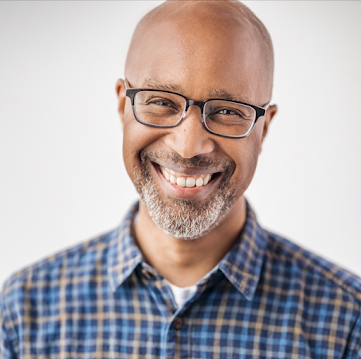 Hometown:  I was born in Brooklyn, NY. And we lived there (in Fort Greene) until I was 5. I grew up on Long Island.

Current Town:  I currently live in Inglewood, CA - which is just outside of the city of Los Angeles (and in Los Angeles county). It’s where the Super Bowl was this year.

A:  I’m working on few things (I’m always juggling a few things). Several years ago, I collaborated on a piece (two monologues) - I wrote one - about police profiling black people. The play is called Black Lives / Blue Lives. I kept writing and now my monologue has morphed into several others (based on interviews) with police officers and black people (and black police officers). So, now there’s an entirely new piece comprised of the new monologues. The play doesn’t have a name yet. It’s fascinating to dive into this kind of intersectionality on an issue like this. I’m excited to see how it develops and how it lands on audiences. I’m also working on a new (original) piece for TV that I can’t really talk about yet. I’m developing a few other TV things that will hopefully see the light of day. And there are a few plays that are waiting in the wings, haunting me.

A:  I went to Catholic school as a kid - my father was Catholic and we were raised that way even though my mother was Episcopalian but never went to church. Mom was (and is) obsessed with true crime and serial killers as well as horror novels (Stephen King was her favorite). So I was always fascinated by the notion of what was lurking around the corner - things / beings / entities we could see and things we couldn’t see. I zeroed in on what I call the invisible things. And today, I write about those things (sometimes there are ghosts and spirits in my work, sometimes it’s about race or sexuality or politics or religion). At one point, maybe in 4th grade, I went through this period where I was always telling on my older brother when he did something a bit sketchy (my brother had a rebellious streak and I was a rule follower). At the time I thought I was saving his soul, though I was really just annoying him. (And he stopped hanging out with me because of it). But I think it was also me trying to be transparent - to tell the truth about what was happening. I’m still trying to do that - tell the truth about stuff - in what I write. (Hopefully the results are entertaining and not as annoying as I was in 4th grade.)

A:  More diverse storytelling and more opportunities! I was an actor before I was a writer, and I remember being in acting class and trying to find scenes with parts that I would actually get cast in. But we were doing all those “classics”: O’Neill, Miller, Williams, Chekov. Solid plays, but not a black person in sight. We still recycle those classics - and it makes American theater more challenging for students of color and professional actors trying to make a living. That’s one of the reasons I wanted to put out an anthology of short plays - to give those actors and artists some fresh material with diverse characters. It is much better now thanks to some amazing playwrights of color, but it’s not solved. It’s still pretty easy to find those classics recycled and new plays by white writers with few diverse roles. And, as a black playwright, there are only so many opportunities. A theater may have one person of color slot - so we all have to fight to get that one slot. And we’re fighting with the talented prominent black writers. One slot and they have to choose among Lynn Nottage, August Wilson, Dominique Morriseau and lesser known writers (like me). It’s challenging to find those opportunities.

A:  I think Lynn Nottage is amazing. Her plays are so visceral and moving. And they are so different. I’m a big fan of Angels In America - Tony Kushner has so much going on in his work. There are a handful of writers: Lorraine Hansberry, Katori Hall, Richard Greenberg, John Guare, Suzan-Lori Parks, Tarrell Alvin McCraney, Charles Fuller (who is a cousin on my mother’s side). I met James Baldwin when I was in college (I was in a production of his play The Amen Corner). I didn’t know that much of his work then, except that play, but read a ton of his writing later - and it floored me.

A:  I like theater that makes me feel something. And makes me think deeply about my life. I grew up watching so many kitchen sink plays - and I dig the realism, but I want to have some magic, too. And people of color. And furniture. I’m not a fan of plays where the director takes all the furniture out and makes the actors mime things and imagine the world around them. I want to see walls!! Nothing too abstract and heady. I want to SEE the world and the people and get the resonance when they bump up against each other. I guess I enjoy seeing American homes - the ones that have people of color in them. I’m a fan of plays that feel like they’re happening in someone’s living room and you’re just eaves dropping on their joy and their agony.

A:  Find your peeps. Make stuff. Don’t wait for people to put on your plays. Do it yourself. The system is broken. You’ll repair it by giving yourself permission to reinvent. And be gentle with yourself and each other. Find ways to nurture yourself. Everything happens little by little and there’s only one you. And then - teach. Anything you learn is something that you can pass on.