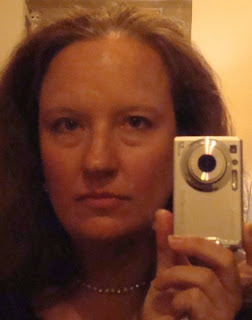 A: Things have been going well. I'm feeling very lucky right now! "Song of Extinction" is my newest full-length play -- about a musically gifted boy named Max who is falling off the edge of the world, and his biology teacher, Khim Phan, who reaches out to Max only to find himself overwhelmed by ghosts from his own past. The play received readings and development opportunities at a variety of theaters, including the Atlantic, NYU's hotINK International Festival of New Plays, the Blank's Living Room Series, the Ashland New Plays Festival, HotCity Theater's Greenhouse Festival and University of Oregon's EcoDrama Festival. "Song of Extinction" had its world premiere here in Los Angeles in the fall, produced by my home theater company, Moving Arts, at [Inside] the Ford, as part of the Los Angeles County Arts Commission's Winter Partnership Program. We won LA Weekly Awards in two categories -- Production of the Year and Leading Male Performance (for Darrell Kunitomi, who played biology teacher Khim Phan). I won the 2009 Ted Schmitt Award for the world premiere of an outstanding new play from the Los Angeles Drama Critics Circle as well. And then the play went on to win several national awards -- most importantly, the 2009 Harold and Mimi Steinberg/ATCA New Play Award, which is administered by the American Theater Critics Association. The play will be published by Samuel French this fall. "Heads" -- about four civilian westerners who are taken hostage during the early days of the war in Iraq -- was first produced at the Blank Theater. It won a place on the Los Angeles Times' top ten "Best of 2007" list, and I also won the 2008 Francesca Primus Prize for an emerging female theater artist from the American Theater Critics Association for the play. There has been a lot of interest in "Heads" this year -- a reading at Emerging Artists Theater in New York, a production in Halcyon Theater's Alcyone Festival in Chicago, and a month long production in Denver coming up in October, produced by And Toto Too Theater Company. Other projects over the last year or so have included writing for Moving Arts' "The Car Plays" event (plays in cars!), mentoring for the Young Playwrights Festival at the Blank Theater, and founding and producing the War Plays Project -- a year-long investigation of the theater community's response to the War in Iraq. And writing short plays here and there. Lots of fun stuff!

Q: What do you have coming up next?

Q: What sort of development have you had for these plays?

A: I was lucky enough, early on, to take a class and then join a workshop led by Los Angeles playwright Lee Wochner through Moving Arts called "Words That Speak." Both "Heads" and "Song of Extinction" were developed there -- and I have appreciated Lee's help, advice and support from the moment I met him. He's been a wonderful mentor, and the people I met in his workshop have become both friends and valued colleagues. After I finish a play, I send it out. And send it out. And send it out. There are so many wonderful opportunities out there -- theaters and festivals that are looking for new plays to sink their teeth into. I've had readings or workshops at dozens of places since I started writing plays, which was about nine years ago now. I've particularly enjoyed the Blank Theater's Living Room Series -- they do a staged reading of a new play every Monday night throughout the year in their space in Hollywood. I loved NYU's hotINK International Festival of New Plays, which both "Heads" and "Song of Extinction" were part of. My reading of "Song of Extinction" at the Atlantic in New York was a tremendous experience. I loved the Ashland New Plays Festival, the HotCity Greenhouse Festival, Coe College's New Works for the Stage residency and U of O's EcoDrama Festival. Both the Last Frontier Theater Conference and the Great Plains Theater Conference were wonderful opportunities to meet other playwrights and talk about craft.

Q: Do you have anything new in the works now?

A: Always! I'm researching a history play, and working on a new full-length called "The Year I Don't Remember." I also have two plays that I have drafts of and am trying to get into shape -- "Catch" (my baseball play) and "Reading to Vegetables" (a medical mystery/morality play).

Q: If I came to the west coast tomorrow, what theaters or shows would you tell me to check out?

A: I'm always particularly interested in the places that are doing new work: my home theater company, Moving Arts; Furious Theater Company in Pasadena; the Road Theater Company in North Hollywood; the Rubicon in Ventura. That's a place to start, anyway! The Los Angeles theater community has so much going on.

A: The job of a playwright is to tell a great story for the stage. Don't be boring. Do be as bold and true as you can bear to be. Put everything inside you into your plays -- all that terrifies and confounds and delights you -- without being self-indulgent. No one wants to hear you whine. Be theatrical -- there are things, magical, wonderful things, that you can do in the theater that you can't do anywhere else. And remember that actions speak louder than words. What are these people doing? What are they trying to do? These are the things I try to remind myself about when I write.

A: Fearless. Theater should be fearless. Immediate. Entertaining. Pertinent. Fearless. I want to see plays that shake my foundations and help me see more clearly.

A: Write, write, write. And send your plays out. You learn by doing -- writing, getting your plays produced, and listening to the honest reactions of a real live audience -- then doing it all again. And again! It's a whole lot of work, and sometimes it breaks your heart, and when it all goes right it's absolutely glorious.

Links please for all the upcoming shows and any other plugs:

Well, I don't really think it will work.