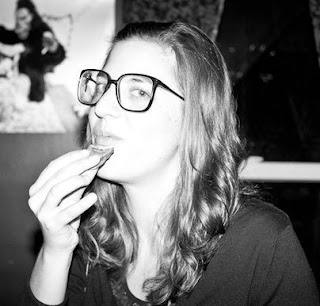 A:  A couple of things. First, I'm working on a new play about an amateur photographer named Charles Cushman who was the first person to photograph in color many beautiful American landmarks. I'm also revising a play I wrote for my fall Workshop called POCKETFUL OF SAND, which tells the story of an old man who pulls bodies from the ocean and sell their souls, and his relationship with a young girl who want to be his apprentice.

A:  I grew up with two younger sisters and spent a lot of time playing dress up in old bridesmaids dresses in our basement, remounting elaborate productions of musicals we checked out from the library. Looking back, those games of make believe taught me how to see the world as it ought to be, to consider anything possible, and that all good stories include drama, humor, beauty, music and a touch of absurdity.

A:  We are leaving women behind. When only one female playwright makes TCG's Top 11 Most-Produced Playwrights 2012-13 season, something is wrong. When season after season is announced and there is a shocking lack of female voices and directors, something is wrong. The fact that this is something we still need to address in 2012 deeply disturbs me. I'm not sure where the problem is because I'm in an MFA program composed almost entirely of some of the strongest, bravest female writers I've met so I know the problem isn't women can't write. I'm not sure where the issue is, but this is a conversation that needs to be happening right now.

A:  Theatre that takes my breath away and surprises me. Theatre that uncovers hope in the world, that reminds us people are inherently good and have an endless capacity to love. Theatre with large, ensemble casts.

A:  Write. Read everything. See as much theatre as you possibly can. Believe you have something worth saying, and don't let the committee in your head get you down.

Recently Emily had THE CHEEK to write an out-and-out comedy -- not an ironic, cadging dramedy, but a lotsa laffs funfest. This writer has range! Can't wait to see what she does next.

Mead, so glad to hear from you!

Miami, go away. Why do you post here every day? No one is going to go to miami and buy cars from you and I'm sick of deleting all your advertisements.