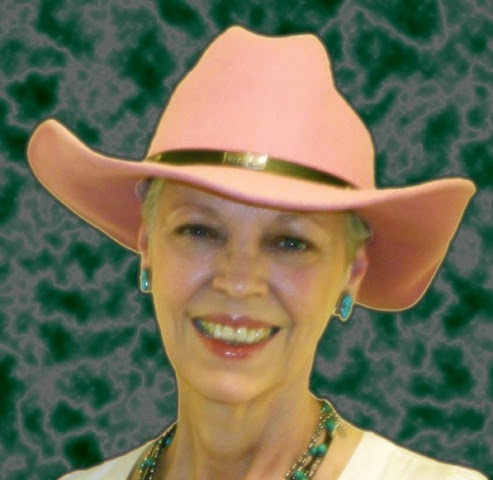 Hometown: Born in Tulsa, Oklahoma but raised in Oklahoma and Kansas at-large. My father was an oil field worker, so I was always the new kid in school, sometimes more than once a year.

Current Town: My husband, Gerry Mooney and I, have lived in Dobbs Ferry since 1986. It a lovely village on the Hudson River with great access to NYC.

A:  Broken Heart Land (in Cherokee: Uyotsohi Adanvdo Gadohi) is set in Tulsa, Indian Territory, 1903. It is the story of Alma Wimsey, the 13-year-old daughter of a Cherokee father and white mother who rebels against an arranged marriage and reclaims her Cherokee heritage.

In early Tulsa the Creek, Cherokee, and Osage nations intersected at the Arkansas River. Both full bloods and mixed bloods of all the tribes lived and worked together, worshipped in the same churches, and were buried side-by-side in unsegregated graveyards. All that began to change when the railroad came to town. After the railroad came the promise of statehood and with that came the first and only census based on blood quantum, namely the Dawes Rolls. All the stories reflect the truth and struggles of the native people living in that time. Although he family in the “Broken Heart Land” Trilogy is based, in part, on family history it is fictional because I wanted to explore the larger social and political issues in play in the years leading up to statehood and beyond.

A:  I have two projects in progress now, both of which I am writing with Eagle Project members in mind. “Tartan Thread” is the story of a young Scot who is transported to America in 1747 for the political crime of wearing his clan tartan after the Proscription Act. He marries a Cherokee woman and introduces her clan to literacy, which in turn, spreads like wildfire and is avidly adopted by the tribe.

The second project will be Thicker Than Oil (in Cherokee: Sidonelahi: My Whole Family) which is the third play in the “Broken Heart Land” Trilogy. It will be set in Tulsa, 1920, after the oil boom but before the infamous “Greenwood Massacre,” recorded by history until just recently as the “Tulsa Race Riots” in which the Black Wall Street was bombed and burned to the ground.

Thicker Than Oil is still a work-in-progress, but it will look at the expectations that people, both white and native, had of the Dawes Rolls at the time. There was a big difference between the benefits being promoted and what they actually received.

I will also be going to Oklahoma in May, 2015 for Hoop Jumper which was selected for full production in the 2014 Native American New Play Festival at the Oklahoma City Theatre Company in Oklahoma City, OK, this year. Hoop Jumper, the first play in the Broken Heart Land Trilogy, is set in 1900. It is the story of Alma’s Cherokee father (Weli) who, by going against the full-blood culture in which he was raised and signing up for the Dawes Roll at the insistence of his white wife, loses respect in the native community.

A:  Every person in my family is a storyteller. Some are just flat-out liars, but we all can tell a good story. We would sit around in the evening, often on the porch to catch the breeze, and everyone would share a story. My great-uncle Austin played guitar and harmonica at the same time and everyone joined in singing. How that affected me as a writer is that I have a good feel for structure in telling a story.

A:  More accessibility and more opportunity, please, for everyone everywhere!

My theatrical heroes today are the men and women who are working hard to bring voices to American Theatre that are almost never heard. Through Eagle Project readings, it is evident that there is a hunger to know more about Native Americans. I’ve been a supporter of the Eagle Project since the day I met Ryan Victor Pierce (Founder and Artistic Director). The reason is in their mission:

“It is the goal of Eagle Project to use the performing arts to engage America in dialogue about what it consists of and what it stands for.  Having been largely based on the democratic ideals of its indigenous people, the US has inspired people from all over the globe to call its shores home. It is this unique mixture of culture, and how that defines the intersection of class and race, that Eagle Project seeks to investigate. All the while, however, making sure to pay homage and respect to Native Americans of all tribes, our fellow citizens, who started it all.”

The Eagle Project’s first production, Wood Bones by William S. YellowRobe, Jr., was a beautiful first realization of the Eagle Project mission. My hope is that Broken Heart Land will help them take another step forward.

A:  Recently, everything Native American, especially plays by my sister playwrights, Mary Kathryn Nagle, Vicki Ramirez, Larissa FastHorse but I am inspired every time I hear native voices in the theatre. I always learn something new.

The shows that stand out for me are everything I’ve ever seen by Girl Be Heard (Jessica Greer Morris and Ashley Marinaccio, co-founders). GBH is an amazing troupe of young women who write their personal stories and then perform all over the world. Dominique Fishback (GBH alumna) and her one-woman show, Subverted, will next appear in 2014 ABC New Talent Showcase on October 7, 2014. Manahatta by Mary Kathryn Nagle at The Public. The work of Rajendra Ramoon Maharaj (Little Rock, Salome: Da Voodoo Princess of Nawlins, and The Removal Project) with his highly polished Rebel Theatre Group and outstanding choreography by David Norwood. King of the Hobos by multi-talented Jara Michael Jones just recently closed but reopen in 2015. And of course, the Amerinda premiere of PowWow Highway adapted by William S. YellowRobe, Jr., from David Seals novel of the same name, currently playing at HERE!

A:  Write what fascinates you, write what means the most to you, and don’t give up no matter what. Keep writing! The only thing that will defeat you for sure is if you quit.


* The Dawes Act Started the Last and Largest U.S. Land-Grab of Native Territory Senator Henry Dawes of Massachusetts (1816–1903) was a firm believer in the civilizing power of private property. He once said that to be civilized one must “wear civilized clothes, cultivate the ground, live in houses, ride in Studebaker wagons, send children to school, drink whiskey [and] own property.”

His faith in that premise was so strong that he sponsored federal legislation in the 1880s to “civilize” Indians by giving them individual allotments of land. The consequences were disastrous. His legislation broke up communally owned tribal land that had guaranteed every tribal member a home and almost destroyed Indian communities, traditions and culture. It dispossessed Indian nations of almost a million acres of the land that had sustained them since time immemorial. It also opened up Indian land for white European settlers eager to fulfill the mandates of Manifest Destiny—a 19th century belief rooted in the Christian Doctrine of Discovery that American citizens had a God-given right (and obligation) to possess all the land between the Atlantic and Pacific oceans.