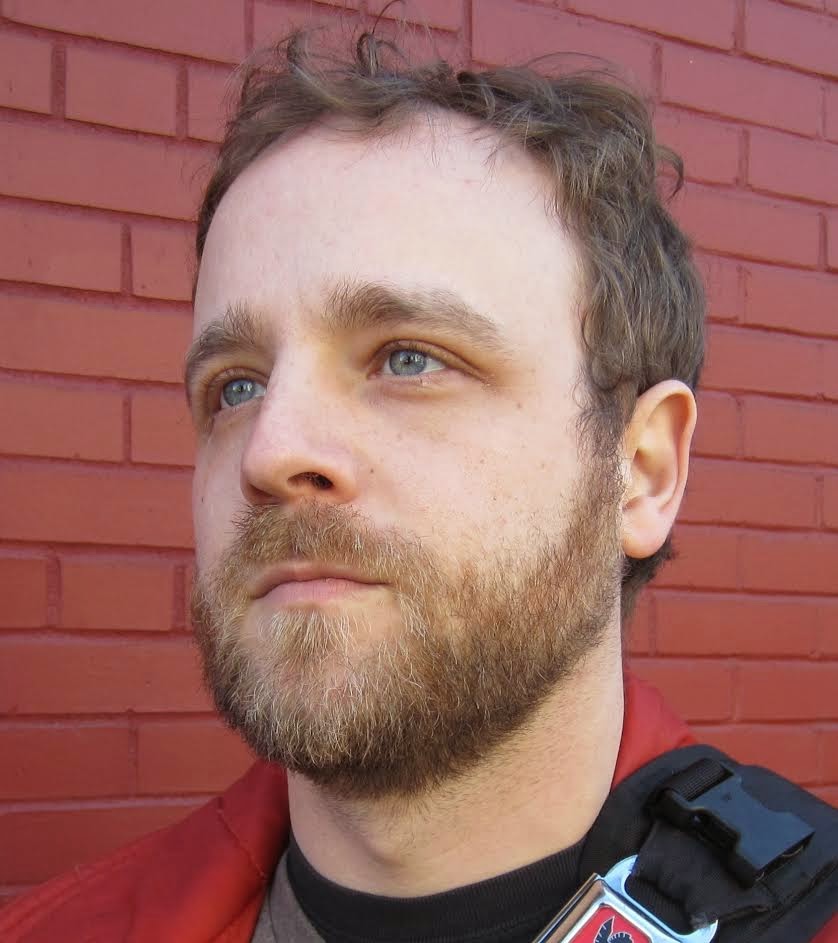 Current Town:  Brooklyn, NY for over 10 years now. It feels like home, but there’s also a giant new apartment building going up on my block as we speak, which makes my building feel a bit like the doomed little building in Batteries Not Included.

Q:  Tell me about your show with Sanguine.

A:  the lighthouse invites the storm is about two people who feel something powerful and uncontrollable for each other, the two times they meet—once at 16, at a Vermont pre-college program, once at 32, with the scars to prove it—and the ways, each time they meet, it’s the right and wrong time, whether due to the presence of a boyfriend, child, or wife, or simply because being together with someone is always difficult. It’s a character-driven piece, and Sanguine has assembled an excellent cast to occupy it, and a director in Logan Reed who knows how to turn the literary elements of the script human. So it’s definitely been a nice couple of months.

A:  I’ve been writing a first draft a year since 2009, although this year’s challenge, When I’m/ When You’re/ When We’re Gone, a triptych on different forms of death partially inspired by the last days of James “J-Dilla” Yancey, may be the play that breaks that streak; then again, I’ve said that at once every year since this began. Other plays I’m currently tinkering with include a boxing play (Puncher’s Chance) and a re-telling of Othello in blank verse and modern New York (Iago, of W. 95th Street).

A:  There are many dream answers I could place here, from the existence of so many ( Blank ) The Musicals, the degree of star power over substance in New York theater, and the way ticket pricing shuts out younger and more diverse audiences no matter how many rush offers are put out there, but no easy solutions exist to any of these.

What doesn’t seem impossible to change is the general concept that a new American play should be 2, 3, maybe 5 characters as most: lighthouse happens to fit into this box, but many of my scripts do not, and those will remain hard to produce. I understand that theater sometimes needs to be broad to strike at a wide audience, but it’s a shame that new plays, no matter their subjects, are frequently, instantly forced to be narrow.

A: Henrik Ibsen can be an inspiration to anyone, because all of the prose plays he’s known for were written when he was in his late 40s and beyond: at their best, they are also message plays that actually work as plays, although I have a fondness for his later, darker oddities like John Gabriel Borkman and When We Dead Awaken. Caryl Churchill is another hero of mine for the daring way she plays with and invents form. I wish I had the chance to see Love and Information more than once to figure out more of the ways that play’s playlets connected to each other, because what could have been just an advanced form of sketch comedy there really built into something bigger.

A:  A couple years back there was a Richard Greenberg play at MTC with the unfortunately bland title The Assembled Parties that wasn’t perfect that touched so many of the things I seek in theater. It was funny, it was sad, it had radically different first and second acts yet everything connected, it seemed to create a world as detailed as a novel yet it left many elements elusive and unspoken. The play even had a revolving set that served a genuine purpose, evoking the many rooms of the play’s giant apartment setting.

I enjoy a good farce or a lead-heavy tragedy every now and again, but even The Iceman Cometh has some genuine zingers, and even The Odd Couple has suicide. Work that is hard to categorize has an actual chance of surprising an audience,

A:  Absorb as much theater as you can: while you’re young enough for the plethora of ticket deals available to students and semi-students, take advantage of them to see anything even vaguely interesting, and if you can afford to, join TDF and similar organizations. Read plays, consciously paying attention their structures and what does and does not work about them, and read globally rather than specifically: get a library card and purchase any collection of plays you find at a thrift store.

Join writing groups and classes so your work doesn’t only remain on your computer, where it is perfect but meaningless. If you have actor friends, get them to do kitchen table readings of your drafts when you’re ready to face them. Just be good to your actor friends, and don’t forget to buy alcohol. And cake.

A:  the lighthouse invites the storm runs from April 30th through May 17th at the Chain Theater in Long Island City: for tickets go to lighthousestc.brownpapertickets.com For more about me and my work, go to joshdrimmer.com, or attempt the various social media. My Instagram captions are among the best writing I do, sadly.