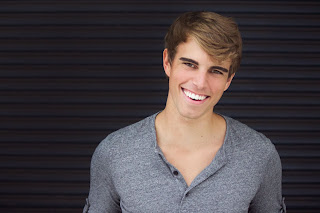 Q:  Tell me about Orange Is the New Glass.

A:  Orange Is the New Glass is a fractured fairy tale that takes place in a kingdom where everybody is obsessed with social media, reality television, and chasing their fifteen minutes of fame. Think of Into the Woods through the lens of The Bachelor and Perez Hilton. The play centers on Cinderella, who bails on the less-than-charming Prince, gets locked in prison with her unlikely girl squad, and creates a political revolution.

Orange came out of my desire to give high school (and middle school) actresses a chance to play someone other than a weak damsel or an evil queen. Cinderella, Goldie Locks, Mother Goose, the Witch, and Rapunzel kick some ass, create cultural change, and support one another. They each have goals and ambitions.

Additionally, the play is about looking up from your cell phone every so often and staying politically informed. Although the play has a very silly, meta sense of humor, I hope the Orange kingdom is an empowering world for young artists to inhabit.

A:  I’m working on a lot right now! I just finished performing in a workshop of my new play, The Binding, which I call my “gay Pixar play.” It’s about a religious, gay teenage boy whose childhood imaginary friend returns on his sixteenth birthday. It’s my favorite play I have written, and I am really looking forward to developing it further. I’m also cheating on Playwriting with (very rough drafts of) two television pilots and a Young Adult manuscript about a teenage pop star.

A:  Like most children of the 90s, I spent a lot of time playing with action figures of the Mighty Morphin’ Power Rangers. Unlike other millennials, my Power Ranger action figures spent very little time fighting crime or going on adventures in outer space. Conversely, my Power Rangers spent a lot of time sitting on spools of thread, gossiping about each other, and going on dates. They also had a LOT of affairs with one another. They were like a heterosexual, crime-fighting production of The Boys in the Band.

So when you read my plays and notice ensemble casts, pop culture references, and a responsible amount of silliness, you can thank the daydreaming of a gay preschooler and his company of plastic actors.

A:  I wish it was more accessible to young people. In New York there are so many amazing ways for young people to get discount tickets. But that doesn’t really help if plays are still mostly aimed at middle-aged, straight, white people. The vitality of New York theatre is somewhat hampered by how myopic the perspective can be. I think this is getting better, and it’s certainly the topic of conversation, but there is a long way to go.

Also I would like to sit in more comfortable chairs when I see plays, but that’s the impossible dream.

A:  I am inspired by anybody who can write a play that engages my heart and my brain at the same time. There are too many plays and musicals that settle for one or the other, and I just don’t think that’s really enough (most of the time). I’m inspired by Stephen Karam, Diana Son, Dominique Morisseau, Tony Kushner, Joshua Harmon, Samuel D. Hunter, Jordan Harrison, Suzan Lori Parks, Tennessee Williams, Kander and Ebb, Lynn Nottage, Stephen Sondheim, and of course, my pen pal: Philip Dawkins.

(And also, RuPaul. I think it's fair to say RuPaul is theatrical and heroic.)

A:  I’m excited by theater that is generous to the audience. My golden rule is: don’t write a play you wouldn’t want to sit through. If I’m reading a draft of my work that isn’t exciting to me or feels a bit standard-issue, I try to take it in an unexpected direction. This can mean some visual flight of fancy, it can mean further exploration of a character, it can mean an unexpected plot twist. There's no reason that a play can't be smart and fun to watch.

I'm also very excited by plays that center on characters that would be relegated to the sidekick role in most stories.

A:  I’m 26, so it feels a little presumptuous for me to go around giving much advice to people. Instead I will offer the advice I have to give myself daily: nobody is paying as much attention to you as you’re paying to yourself. Don’t be afraid to fall down, get messy, and write something that intimidates you a little. In my (limited) experience, that’s where artistic evolution tends to start: when you think to yourself, “Can this even work?”

A:  My plays for young actors, Orange Is the New Glass and subText, are available here:
https://www.playscripts.com/playwrights/bios/1640

Drama Book Shop is throwing a release party for Orange, and you can find out about that here:
http://www.dramabookshop.com/event/tyler-dwiggins-orange-new-glass-signing