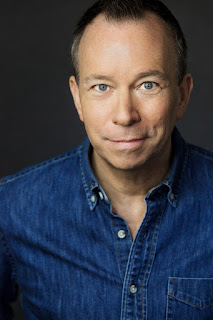 Q: Tell me about The Tug of War.


A: It’s the story of President Kennedy during the Cuban Missile Crisis, a depiction of his extraordinary leadership and willingness to proceed thoughtfully through a situation that brought the world closer to nuclear war than ever before or since. At the time he was informed of the presence of nuclear missiles 90 miles from the U.S. coastline, Kennedy had just endured three public humiliations: the Bay of Pigs, the Vienna summit with Khrushchev, and the commencement of the building of the Berlin Wall. His first impulse was to bomb the missile sites in Cuba, but he paused to hear opinions from other informed men. The play is largely drawn from recordings of those conversations in the White House and the notes and recollections of the men in the meetings. Two things that I discovered were surprising to me. The first was how much Kennedy’s love for his family — and his compassion for children across the globe — influenced his decision-making. The second discovery was the passion, bravado and ultimately the near-despair of Khrushchev, which I dramatize in his own startling words. The give and take between the characters in the crisis is riveting, but the final decision was Kennedy’s alone, and it spared the world from a nuclear holocaust. We lost a giant on November 22, 1963.

The play is commissioned by L.A. Theatre Works. We'll perform it before a live audience for broadcast nationally over public radio, streaming and downloads.

A: I spent much of the last year in London as a writer and co-executive producer of WILL, a new series about young William Shakespeare for TNT that will premiere July 10th.

A: Make it so more people could afford to attend.

A: I’m an easy audience, frankly. As long as I’m not bored or being asked to participate in vainglorious exhibitionism, I’m in. Plays, musicals, historic pageants. Doesn’t even have to be in English.

A: Live a full, challenging, diverse life — get your head out of your work enough to cook, travel, read, argue, love and rest. It will make your work richer and prepare you to confront the capriciousness of the profession and survive.

A: THE TUG OF WAR, commissioned and produced by L.A. Theatre Works, playing five performances at UCLA’s James Bridges Theater May 25-28, 2017; info and tickets at latw.org