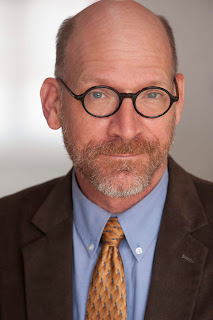 A:  A number of years ago, my songwriting partner's wife directed Fools at the high school where she teaches. Phil wrote on his program, "Better as a musical," and let that incubate for a few years before he told me about it. As luck would have it, we ended up having the same attorney as Neil Simon and we got permission to adapt the play. Mr. Simon did most of the heavy lifting because we adhered to the script closely. I regret to say we never spoke to or heard from him. When Phil's wife Amanda was working at another high school, she produced Neil Simon's Musical Fools and Mrs. Simon (AKA Elaine Joyce) came to see it and gave it the stamp of approval, essentially.

A:  A musical adaptation of Richard III in yet another collaboration with composer Phil Swann.

A:  I would throw more paying work my way.

A:  My theatrical heroes are my band and choir conductors who taught me about managing big groups of people. Also, my parents, who didn't tell me, "This is insane; don't do this," even though it was insane and I shouldn't have done it.

A:  The one where I show up expecting nothing and go away thinking, "I've got to steal as much of that as possible."

A:  Don't type a lot of stuff in parentheses that tells the actors how to say the lines.

A:  You mean like, "See Neil Simon's Musical Fools, the funniest thing on 30 legs."