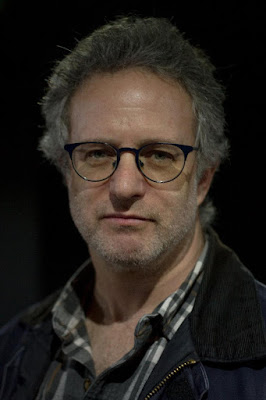 Q:  Tell me about I Am Nobody.

A:  I Am Nobody is a low-budget, guitar-driven musical comedy about people grappling with the excesses of modernity. A tech worker ventures out into the American continent to find and stop his friend from destroying the modern world. Young lovers meet, fall in and out of love, and vice versa. Five characters, fifteen songs, about ninety minutes.

A:  I'm working on a zombie musical with my longtime writing partner Mark Hollmann. It's a dark comedy about a fast food chain that launches an ambitious new menu item that, apparently, turns people into zombies.

A:  David Mamet and Sam Shepherd are two favorites of mine. Both started in storefront theater, developed distinct voices, and wrote great plays. Also, anyone, anywhere who tried - or are trying - to create comedies.

Q;  What kind of theater excites you?

A:  This will sound vague, but I'm most excited by theater that feels like it's honestly pursuing a kind of truth. I trust comedy the most to do this because there's something about laughter, or the right kind of laughter, that's the closest thing we have to agreeing on what's true.

A:  I would give the advice that I got way back when from longtime Second City producer and director Bernie Sahlins. He said find a way to get your work in front of an audience. This may mean putting on plays in living rooms or cafe basements or converted garages (all of which I've done), but there is no substitute for feeling how an audience, even a tiny audience, is reacting to your work.

Necromancers of the Public Domain, Ayun Halliday's variety show inspired by books ninety-five years old or older, plays monthly at The Tank. Next up Perkin Warbeck: Pretender to the Crown of England, March 16th at 8P.

Always there when I need them! I have used them 5 times already and my papers are always done before the scheduled time. Writers are on point! Plagiarism is NOT an issue for those who are concerned. I double check all my work through. All papers written are free and clear of improper citations and plagiarism. Excellent service and I plan to use Expert-writers service again and again!

Over 160 000 men and women are trying a simple and secret "liquids hack" to burn 1-2 lbs each night in their sleep.

It is very easy and it works with anybody.

You can do it yourself by following these easy steps:

1) Go grab a drinking glass and fill it half full

2) And now do this weight losing hack

so you'll become 1-2 lbs skinnier as soon as tomorrow!